A farmer in Australia recently made a surprising discovery while tending to his land -- the gigantic fossilized jaw of a 100-million-year-old sea creature.

The creature turned out to be an extinct carnivorous marine reptile known as Kronosaurus queenslandicus.

“I was out poisoning prickly acacia and saw some objects shining in the distance," Robert Hacon, whose farm is near Neila in Queensland, said in a written statement. "At first glance I thought they were fossilized mussel shells, so I drove away. Ten minutes later my curiosity got the better of me and I turned back. I jumped out of my buggy and cast my eyes upon these enormous pieces of bone. I thought to myself ‘my gosh, what have I got!’" 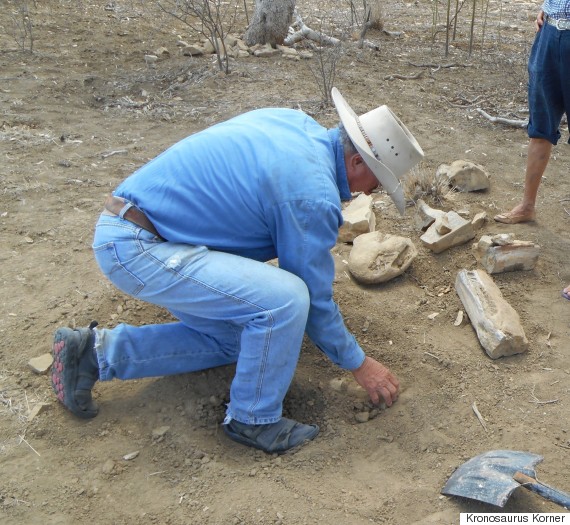 Hacon uncovering the mandible (jawbone) of the Kronosaurus. 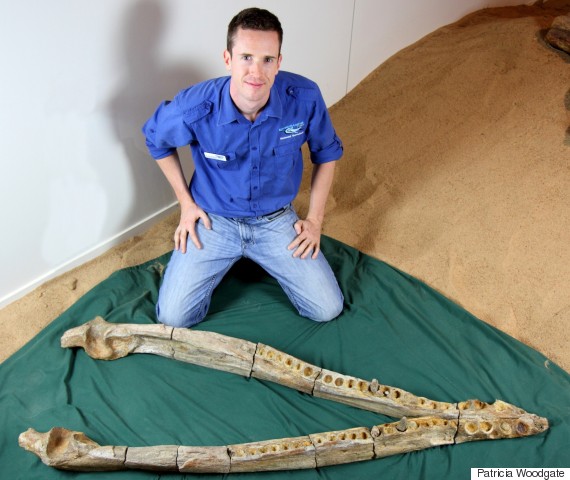 Dr. Timothy Holland, curator at the Kronosaurus Korner museum, with the fossil fragments that make the complete lower jaw of a Kronosaurus.

When Hacon realized he had found something far rarer than old mussel shells, he notified the Queensland-based Kronosaurus Korner museum.

"The scary thing is that this creature wasn’t even an adult when it died," Dr. Timothy Holland, the museum's curator, said in the statement. "It still had a lot of growing to do. If that wasn’t frightening enough, there are large indentations on each side of the mandible to accommodate enormous overhanging teeth from the upper jaw. I doubt a lot of animals would have escaped the jaws of Kronosaurus once within biting distance." 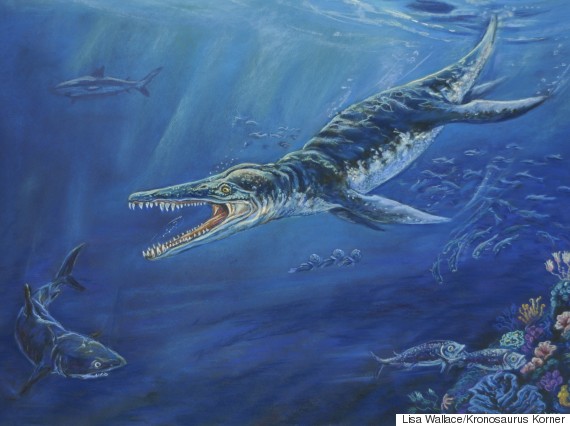 The Kronosaurus dominated Australia's great inland sea during the Lower Cretaceous period. It belonged to a group of short-necked prehistoric marine reptiles called pliosaurs. These creatures were so huge that the crocodile-like skull of a Kronosaurus could span more than two meters -- larger than the skull of T. rex -- and their curved teeth were the size of bananas.

The giant sea creature likely preyed on turtles, giant squids, and even sharks, according to Holland, and the jaws of the Kronosaurus were about twice as powerful as those of a large saltwater crocodile.

The complete fossil measures just over five feet feet in length and is seven inches deep in some places, Holland said in the statement, adding that it is "the most complete mandible of a Kronosaurus queenslandicus" ever found.

"It pretty much gives us the first really good, accurate idea of what a Kronosaurus jaw looks like," Holland told the Australian Broadcasting Corporation.

The fossil find was put on display at the Kronosaurus Korner on April 20.