Paul Krugman teased Rogoff and Reinhart about this on Tuesday with a chart he found on the Bank of England's website. It's a chart that shows 300 years of British debt and interest rates, which is just awesome in its own right, if you are the kind of geek that gets into that sort of thing. Adding to the risk of nerdgasm, the chart highlights England's "major war periods." (Story continues after chart.) 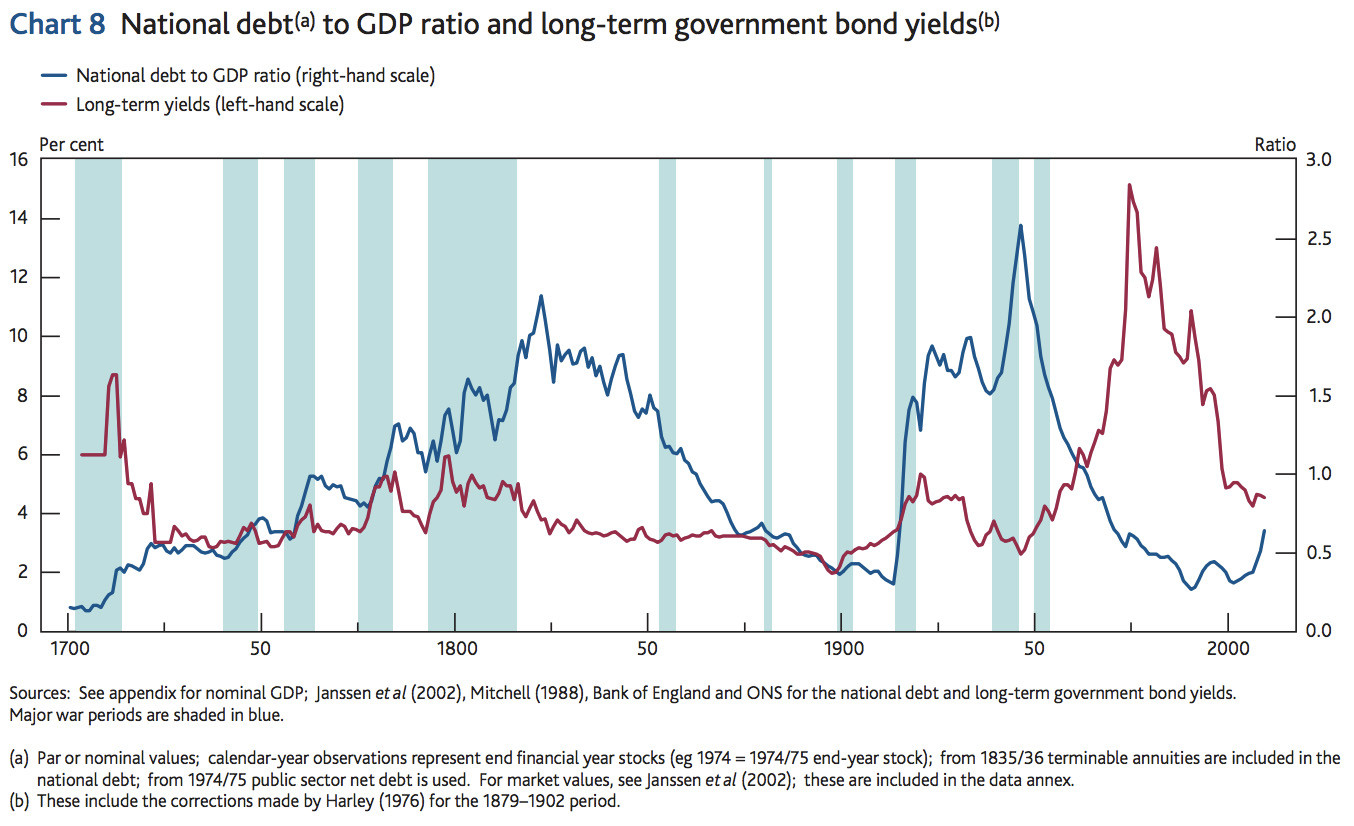 For several years, the ratio of England's debt to gross domestic product was way, way above 90 percent. That particular ratio is what Rogoff and Reinhart infamously decreed was a threshold beyond which horrible things happen to economic growth, because government borrowing crowds out private borrowing, causing interest rates to rise. They pushed this warning on policy makers, who used their research as intellectual justification for brutal austerity measures around the world, including the U.K.

Too late to save millions of jobs, Rogoff and Reinhart's work has since been shot full of more holes than the French fleet at Trafalgar, partly because, whoopsie, they left out historical examples in which nothing of the sort happened.

Krugman's chart is another such example. In it, you can see that England's debt-to-GDP ratio rose steadily for more than a century starting in 1700, reaching more than two times GDP by 1825. Contrary to the warnings of Reinhart and Rogoff, however, British interest rates fell steadily between 1800 and 1900. British interest rates skyrocketed in the late 20th Century, along with those of the U.S. and the rest of the world, even as British debt levels plunged from their World War II highs.

"You might think that these data, and the relationship they show — or, actually, don’t show — should have some impact on our current debate, especially given the tendency of many players to reject modeling and appeal to what they claim are the lessons of history," Krugman wrote in his blog on Tuesday. "Or are they claiming that this time is different?"

That last line was a barb aimed directly at Reinhart and Rogoff, authors of a book called "This Time Is Different," who have whined publicly and often about Krugman's harsh treatment of them.