If you thought burger chains had run out of ideas for what can be put on a bun... be ready. Southern chain Krystal this week launches a whole menu of country-fried items, beginning with a small, square Country-Fried Steak Krystal. That's an all-beef patty that's coated in a special blend of country spices and then cooked to a golden brown before it's topped with white-pepper gravy on a steamy Krystal bun.

Krystal's not stopping there. The mini menu also includes:

Country Fried Chik: The Chik chicken patty, seasoned and cooked, then topped with white-pepper gravy and served on a steamy Krystal bun. 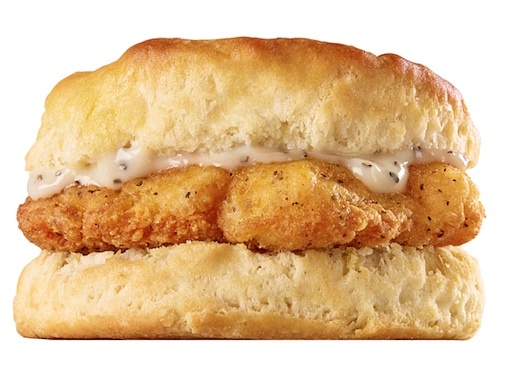 No menu is complete lately without some sort of "loaded fries," and Krystal has them:
Country Fries: Fries, country gravy and crumbled bacon;

The original plan wasn't for a menu this extensive. Krystal developed the Country-Fried Steak Krystal in partnership with National Cattleman's Beef Association trade association and its Beef Innovations Group division, and the idea snowballed. "Once we came up with the Country-Fried Steak Krystal, the ideas just kept coming," Alice Crowder, Krystal VP of Marketing, said in a release announcing the menu. "The deep Southern heritage and history of the Krystal brand lends itself perfectly to hearty, country-fried tastes, and so we've developed a whole menu around the concept." The items are available through April 24.

Founded in 1932, Krystal has 350 stores in 11 primarily Southeastern states.