Strength is a strange and malicious gift in Hollywood. In the few short weeks I have spent here, it has become unnervingly apparent that strength among women is no longer a sought-after personality trait. This dying evolution has been replaced by the harsh competition, brought on by a lack of trust in an already tough community.

In a twist of fate and an introduction from Anthony Gilardi, I had the gift of meeting one blogger, actor, writer, director, producer, casting director and Hippo leading a revolution in the community of women in Hollywood. 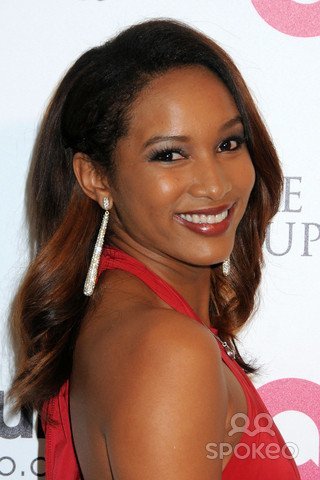 Why did you start your blog The Industree Standard?
'I am prone to making really long Facebook posts, usually discussing some social issue or observation on humanity. Yes, I was that girl. Well, one such post entitled "Attention Men in the Entertainment Industry: The answer is No..." got a lot of attention and garnered a follower who told me that she loved reading my rants and wished I had a blog. So, I started one.'

How have your experiences in the fading community of Hollywood influenced your work?
'I am very influenced by the lack of support in this industry. I had one such experience where a producer was going to option a screenplay of mine. After months of preparing the deal, he propositioned me. Firstly, I thought: "Come on man, I didn't even sign yet, showed your cards too soon bro." Secondly, I called his agent and told her that I preferred not to work with this particular producer, and wanted to cancel the deal. I told her woman to woman that some inappropriate requests were made and while she agreed to let the deal go and apologized on behalf of her client. She, a woman in power, actually stopped working with me all together despite promising me that this revelation would not affect her continued work with me.

'That is a bigger picture example, because women in power should be the ones to try to influence change. This industry sometimes operates as if they believe the supply of work is finite. It creates either extremely selfish and competitive personalities or it spawns fear in those that get anywhere and causes them to become just another cog in the flawed machine.

'I want to change that. I want to empower actors and show them that together we can reach higher heights than we've ever dreamed possible.'

How has becoming a part of the blogging community changed your outlook on your career in the entertainment industry?
'Starting the blog and meeting other bloggers recently at the BlogHer event in NYC, has made me feel so much more responsibility. I feel I have to be true to my advice not only for myself, but also for my readers. I look at each situation I encounter through the eyes of an article I may later write about it. Truthfully, because I don't want to just talk the talk, it has made me a better person.' 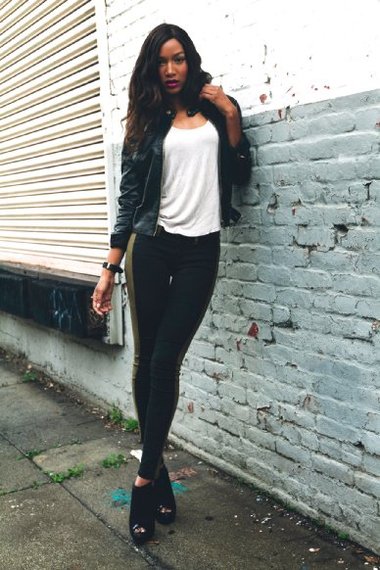 What is your biggest issue with the current structure?
'My biggest issue with the current entertainment structure is that it limits the voices of minorities and unknowns. I watched an amazing special on Women in Hollywood and I was in tears.
'Then I heard Ava DuVernay say that we don't have to wait for some old white guy to give us permission. Her point was that we are the ones who have to give ourselves permission to create, and so many of us have. The industry is changing rapidly through the social media influence. However, there is a strong lack of support for women creators in the industry. The fact that I could go through the previously mentioned experience and almost get blacklisted because of speaking out is unacceptable. If we allow more varied voices into the fold, then we have the ability to move the industry from a frat house to a community.'

Tell us about how your mentality toward the industry is portrayed in your work:
'I grew up with the mindset to find the similarities between people and cultures and I found that if I can relate to you on some level then we can move forward and we can do so with great pace if we help each other along the way. I share my passion for storytelling with so many other great artists. So if we have this thing in common, why are we competing? I explore this and similar concepts in depth in my blogs, while also trying to inspire and influence a change in the rhetoric used in this field.

'There is no such thing as competition in this industry. It is made up within the mind. We [artists] make the work, therefore the work is infinite so helping your fellow man reach their goals will not keep you from reaching yours! We need to help each other, that way the power structure breaks down and gives way to a new breed of creators, voices, and storytellers. We all want to get "There" what we don't realize, is that "There" is something we can create.'

What advice would you give to young women in Hollywood?
#1 Support each other.
#2 You have permission to create.

'Whether it is acting, writing, producing, or directing, stop doubting that you can do it. I'm here to tell you that you can. There may be only a handful of role models to look up to in the industry right now as proof that you can, but you know what? That just means you have to become the role model to inspire others and help our presence in Hollywood grow. I trust you.'

Harris recently premiered her directorial debut in the "Scandal" fan film "Impossible" available on YouTube. Next, she will be heading overseas to direct an "existential" short film that she has written.