Krystyna Balut, 83, considers herself one of the lucky ones. Almost 75 years ago, she was able to escape Russia's mass Polish abduction during World War II alongside her mother and grandmother. Now she has dedicated the remainder of her life to sharing this hidden part of history with younger generations.

From November 1939 through June 1941, the Soviets arrested about 1.8 million Polish people, sending them into the Gulag of forced labor camps in the remote region of Siberia. Approximately two-thirds of them were women, children and elderly -- and about half of them perished. Only 7 percent were able to escape with help from the Polish military.

Many of the Poles who escaped have dramatic stories to tell, according to Grazyna "Grace" Ostrom, Balut's daughter. For example, her father -- Balut's husband -- fled communist control in Poland in 1950 by stealing an airplane and landing it on Swedish soil. To commemorate the 50th anniversary of his escape, the family threw a party and videotaped the reminiscences that were typical of family get-togethers. It was in that moment, as Balut listened to her husband's story again, that she realized how important it was to make sure others, beyond families directly affected, knew about what happened.

"This history was really kept a secret for a long time, and a large part of it was that at the end of World War II, Poland was essentially given to Russia for it to protect," Ostrom told The Huffington Post. "So Poles who had suffered through being deported and then ended up escaping were not talking openly about it because they still had relatives in Poland under communist rule. There was a lot of fear of retribution. The story really went untold -- people didn't start talking about it until after the Berlin Wall fell."

Ostrom wasn't the only one who worried her mother's experience and those of others might be lost to history.

"A friend of ours who is much younger, she said, 'You are a dying breed, and you're going to take it to your grave with you. You owe it to the history,'" Balut told The Huffington Post.

Together, the mother and daughter duo interviewed a dozen survivors and their families in the nearby Seattle Polish Home, gathering their stories about this traumatic piece of history. Ostrom then set out to produce an animated documentary and illustrated (graphic) novel to shed light on previously untold stories, but do it in such a way that would reach younger generations.

Both the film and graphic novel, "A Trip To Nowhere: True Stories Of A Secret History," debuted in 2010. While the documentary zeroes in on four stories in particular, one of which is Balut's, the book explores the stories of all 12 survivors interviewed. The Polish Home Association Ladies' Auxiliary in Seattle provided the funds to complete Ostrom and Balut's not-for-profit project.

Last year, Ostrom and Balut launched a campaign to help raise money to send the book and documentary to middle and high schools worldwide. So far, they have shared this history in Poland, the United Kingdom, the United States, Canada and Australia. They are setting up a film viewing with a Polish group in Vancouver for November.

While Balut is now open to sharing her experience with the world, not all survivors feel as forthcoming. One of her friends within the Seattle Polish community lost both her parents and youngest brother in a three month period following their abduction, and seems to have erased it from her memory as a means of emotional defense.

"I am the lucky one because there were three of us arrested: my grandmother, 62, my mother, 30, and I was 10," Balut said. "And we came to Russia and we survived. It was amazing. We were deported June 20, 1941. Two days later, Germany attacked Russia. We were driven all the way to Siberia under the circumstances that were beyond human. But I can talk about it because I don't have that pain, that horrible pain." 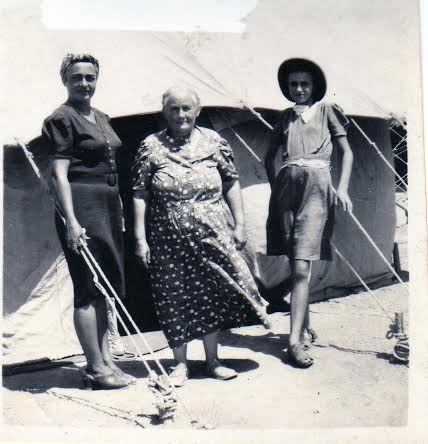 Krystyna Balut (right), her mother Helena Martusewicz (left) and her grandmother Helena Zbilut in a Polish displaced persons camp in Karachi, India, in 1944.

When Josef Stalin began enlisting his prisoners into a Polish army that could defend against the Nazis in 1941, Władysław Anders was the only remaining Polish general under his command. Anders insisted on building the army outside Russian borders, in an effort to help his people escape, but he could only take military members and their families. However, Balut's grandmother was able to forge the necessary documents for her family to flee alongside the army to Iran -- Persia, at the time -- where they lived in a displaced persons camp for a year. The family then spent five years in India and another year in Uganda before finally reaching Montreal, Canada, as free people. 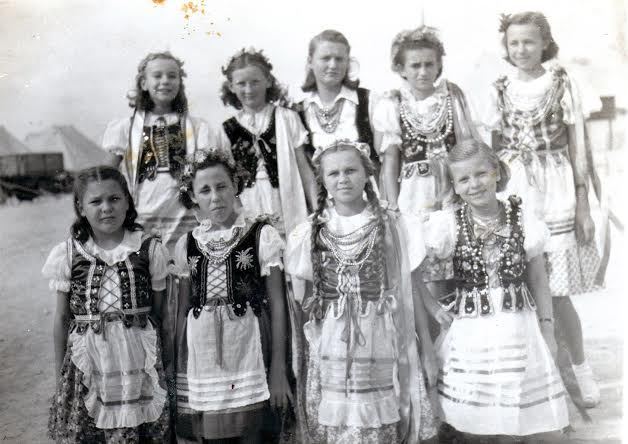 A dance group of Polish girls, including Balut (top center-right), formed at a displaced persons camp in Valivade, India, in 1945 to teach them about their culture.

"We were not talking about our story in life, and I wonder whether we were still kind of afraid," Balut said. "Once you are put into the situation that your life is worth nothing, that you are a slave -- actually, we were slaves -- we didn't want to talk about it. And only now that we are dying ... We realized our days were numbered."

Since the book and film debuted in 2010, Ostrom and Balut have traveled the world to attend Polish events where they have the opportunity to screen the documentary, sell the book, discuss the stories with everyone they see and receive recognition for their work.

This group of survivors was honored in a ceremony at the Polish Hall in Seattle, with the consul general of Poland presenting the awards in January 2008.

"You meet young people, very many of them don't know, and they would say, 'My grandparents didn't want to talk about it,'" Balut said. "Most of them say it was not being brought up. It's so hard for all of us, and this was a break for me, because I had no choice. Grace was very organized, so we had to break out and we had to tell the story. And I hope that maybe some people will be educated. A lot of people, especially teachers."

Only five of the 12 survivors interviewed are still living, but their stories will outlive them thanks to this project.

"It feels good that we are opening a story that has been hidden," Balut said. "And you know what? When you look at the footing now, you understand how difficult it is to be on the Russian foot."