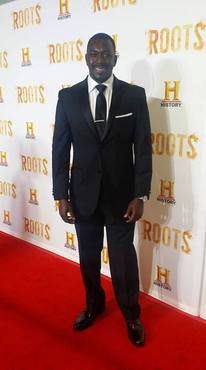 I, like most people, was disappointed after watching Snoop Dogg's video on WorldStar Hip Hop about boycotting the television remake mini-series of Roots. So I reached out to Lamin Jatta, direct descendant of Kunta Kinte, Senior Advisor and Consultant to History's Roots: Miniseries, for his response to Snoop's video and this was his reply:

"Roots bring a consciousness to our mind, to our generation, and to the next generation. It is a true story, our story, and we have to tell it. I know that our story didn't begin with slavery. So Roots tells us where we began before we were enslaved--we were Kings and Queens, we were royalty, we warriors, we had knowledge, we had life, and we had joy.

In the video you stated, "I don't understand America, they want to keep showing the abuse that we took." But have we learned enough about us being Kings and Queens before the time of slavery, or what life was life before it, also?

We also see a dark side to us. We betrayed ourselves by transitioning through our own people. So Roots teaches us the culture of black life and of white life at that time. It tells us the story of what happened when they captured us from Africa.

My ancestors did not know what happened to our people when they were taken away. Imagine if you had your child with you for so many years, you raise them up just to have them disappear and never you find out where he or she is.

Roots tells you this is what happened with facts. What Alex Haley brought back to our lives when he came back to Africa and even after he wrote Roots was an awareness and a conversation that many of us did not know.

So, Snoop Dogg, you should be championing it! You should be proud of Roots because the culture behind the message in your music is poisonous compared to Roots. You use the N-word while getting high--what is that contributing to this world? If I were you Snoop, I would look back into history, Roots tells us how we came here and how we were betrayed by whites. Neither side were shown in the best light. Enslaved women were raped and killed in front of their kids while the whites who were doing this considered themselves Christians. Then came another generation of whites--whites that separated themselves as pure Christians. They were telling our ancestors, whatever they had been though, there will be another side of their pain where there will be joy again. We have to take that positive message and send it on to the next generation. That why it is important every person from every culture in this world should watch it.

For the people who don't know the history of slavery and what the white Christian's roles in it was, which was separating themselves, even knowing they we were not allowed to read or write but gave us bibles, taught us, and baptized us. This is what also set the foundation of black churches today.

As the descendant of Kunta Kinte, I challenge you Snoop to reach out to me, so we can set a program based on Roots to educate your kids first, then other young black men. We need to teach our children that there is much more to black culture than what we see today in rap music; sagging our pants, using the N word, and being disrespectful to women.

What is better for the future, your rap music or Roots? The next black President cannot come through your music, so we must tell our story, and we must celebrate it." 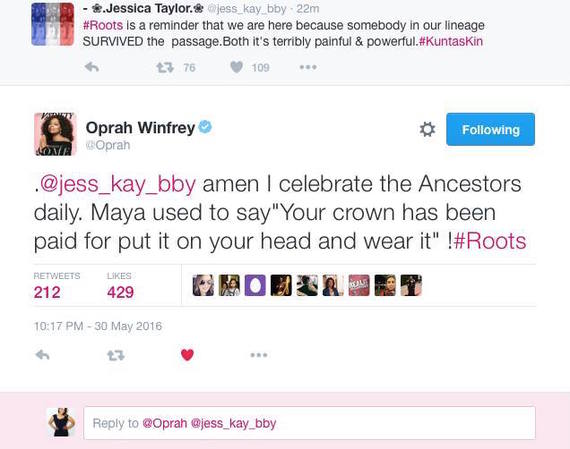