As Al-Jazeera reports, the Facebook photo series features Iranian men in drag, evidently in response to a judge's recent ruling that forced a man convicted of domestic abuse to wear women's clothing as a form of public humiliation.

One of the men, identified by Global Voices as Namo Kurdistani, wrote of the campaign:

"To show my solidarity and support to the “womanhood” and their suffers and torments during the history mostly have done by 'men' [sic]. as we have faced recently a stupid judge”s order to punish a person by putting on him the feminine customs, so it is one of the times that we should gather around each other and condemn this stupidity, brutality and inhumanity against the womanhood; the half of society as well as at least half of the human being on the earth. I am supporting womanhood by the at least I can do for them."

View more photos from the campaign on Facebook here.

Check out a selection of photos in the slideshow below: 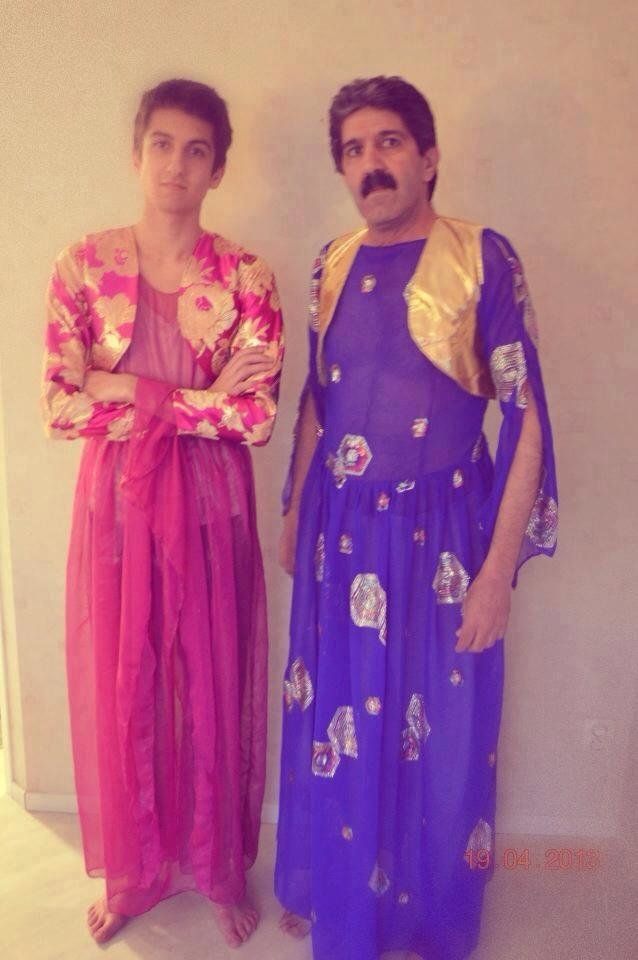