DOHUK, Iraq -- The child's body was found lying beneath the trees on the outskirts of Shekhan village. Her young, once beautiful face was missing its right eye; her left breast was cut open.

Dunya, just 15 years old, had been shot nine times with an AK-47 assault rifle. Blades of grass were matted in her blonde ponytail. Dunya's crime? Her 45-year-old husband suspected she was in love with a boy her own age.

"Dunya was very timid. She wasn't very social, and she didn't care about fashion," said her mother Sahom Hassan when asked to describe her daughter, found dead on May 24. "On the day she was killed, she called me and said, 'This is the last time you will hear my voice.'"

In many parts of the world, such a brutal and premeditated slaying is not called murder, but "honor killing." The perpetrators can be husbands, fathers, brothers, uncles or sons. The "crime" can range from sexual relations outside of marriage, to inappropriate dress or having any kind of contact with a man outside the family. 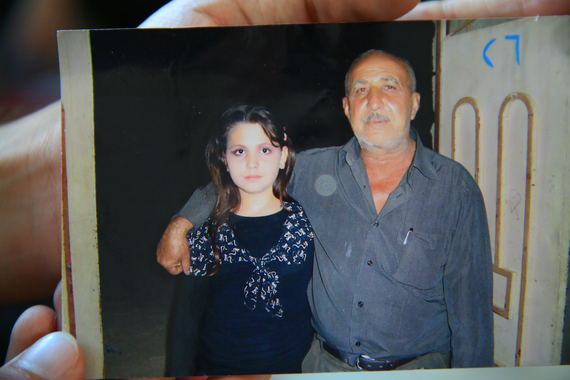 The term "honor killing" stems from the belief that a family's honor is dependent on the sexual purity of its female members, exempting such crimes from being classified as murder. And in many countries across the Middle East, North Africa and West Asia, the law agrees. While murder is punishable by life imprisonment or execution, there is no minimum charge for honor crimes in some penal codes, and the maximum can be as low as six months.

The United Nations estimates around 5,000 such killings are committed each year worldwide, but data is scarce, and women's rights workers believe the real number to be around four times higher.

"In our societies they look at women as just sex and children. We are not equal in law or in society. We are number two," said Bahar Muzir, coordinator of Zhyan (meaning "Life" in Kurdish) a group that was formed to lobby the government and the public to end honor killing in Iraqi Kurdistan and press for justice for victims like Dunya.

Dunya's case became a household topic in Northern Iraq in the weeks following her murder. But as Iraq stands on the brink of a civil war, cases like Dunya's have faded into the background. In June, a Sunni extremist group now known as the Islamic State seized control of a large chunk of Iraq stretching from the Kurdish borders in the north to the outskirts of Baghdad. Dunya's case, once prominent, has become buried in the onslaught of violence, as the semi-autonomous Kurdish region of Iraq vies for independence.

"Everyone is silent now," Hassan said in regard to her daughter's death.

On June 8, two weeks after Dunya's death, her husband released a video message unashamedly confessing to her murder, saying it was necessary to protect his honor and adding that anyone in his position would have done the same.

Lawyers for Dunya's case said they believe three of Yunis' brothers and his father were also involved in her brutal murder.

Dunya's husband, Sleman Zyab Yunis, 45, already had a wife and nine children. His marriage to Dunya, which took place just after Dunya's 14th birthday, was the result of a family deal.

Relatives and friends of Dunya said that throughout her nine-month marriage she had endured physical and verbal abuse from Yunis, his wife and his children, most of whom were much older than she was.

Her mother said Dunya had once run away from her husband, but after he implored the family to send her back promising things would be different she returned to her deplorable marriage. 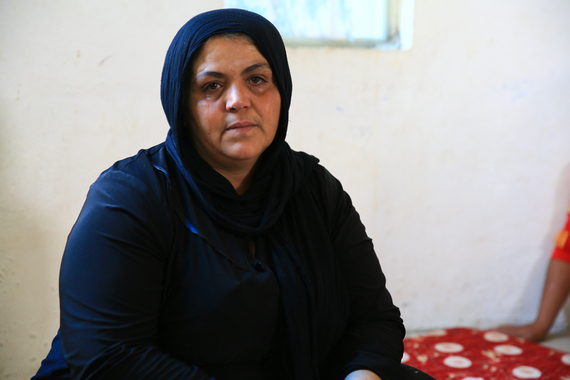 "The underlying issue is a lack of equality," said Muzir as the Zhyan group convened to discuss Dunya's case last month. "In our society, a woman is seen as the property of her family and then her husband. They are under the control of the males of the household -- to give or sell in marriage, to control their conduct and movements. While progressive families may allow more freedom within the home, society does not tolerate women who make their own choices."

Laws in the Middle East frequently lay down a separate system of justice for men and women. In cases of murder, exemptions are often issued based on the gender of the perpetrator.

Contrary to popular belief, the majority of these laws do not stem from Islamic Sharia law but rather date back to the Napoleonic Code, which included an exemption for what is frequently termed in the West as a "crime of passion."

"These laws come from the perception -- that was only recently overcome in our society -- that a woman belongs to her family or to her husband," said academic and national security scholar of the Middle East and Islamic world Sherifa Zuhur.

For Dunya, this means that her killers should legally face murder charges. But in reality, the new laws have proved difficult to implement.

"Sometimes customs and tribal laws are stronger than national laws," said Falah Muradkan-Shaker, a lawyer and project coordinator for women's rights group WADI. "In this society it is very, very difficult. There is not enough awareness, enough knowledge, enough capacity. These traditions have been practiced for hundreds of years and now overnight it becomes a crime."

Shaker -- who previously spent five years investigating the Iraqi prison system publishing three books on prison conditions and prison reform -- said no man has ever served more than a year in Iraq for femicide.

"During my prison research, all the prisoners told me the easiest crime you can commit and get away with is killing a woman," he said.

In Iraqi Kurdistan, suicide by self-immolation has replaced honor killing in many cases. Most often the decision is made by a woman herself either to escape a life of misery or shame, or due to pressure from her family members. The majority of these are reported as accidents. Dunya's sister-in-law died three years ago in one such incident.

WADI estimates around 10,000 women have burned to death since the Kurdish region gained autonomy in 1991. Just how many of these were suicides is unknown as such cases are never investigated, Shaker said.

But changes in law are also slowly beginning to wield their influence in the courtroom.

Last month, Shaker served as prosecutor in the trial of Osman Ali Mohammed who killed his wife in front of their children. Decades before, when Mohammed himself was still a child, his own mother had been killed in a slaying orchestrated by her brothers.

On May 20, he was convicted to 15 years imprisonment for the crime, a breakthrough for women's rights in Kurdistan.

As Mohammed was removed from the court, he turned toward a small gathering of women, among them Bahar Muzir and other members of Zhyan. He spat threats and abhorrent insults at the women vowing he would not serve his time, and would exact revenge against each of them.

His words were a harsh reminder that despite this successful sentencing, women's rights in the Middle East have a long road ahead, and for the brave women of Zhyan, it is a life-threatening struggle.

"Every time after these cases we receive calls. We don't know who these people are but we get threatened many, many times. They say they will kill us, rape us, everything," Muzir said.

Within two hours of a recent television interview Muzir gave on women's rights, she said around 1,000 posts were made on social media of her picture condemning and threatening her. But despite the danger, the women say the work they do is crucial.

"Sometimes it is scary, but we are a big group, and I think if we stand together we can protect each other," said Shanga Rahim Karim, a courageous young member of Zhyan, who continues to lobby for justice in Dunya's case.

"If I am killed, then I will die for an important cause, and I know this group will make a big noise and make awareness for all women on my behalf."