"The arts are not a way to make a living," Kurt Vonnegut proudly wrote in his memoir, A Man Without A Country. "They are a very human way of making life more bearable. Practicing an art, no matter how well or badly, is a way to make your soul grow, for heaven's sake."

Despite the fact that the late American author could count himself amongst the very few who did, in fact, make a living off the arts -- Vonnegut's novels Slaughterhouse Five and Cat's Cradle were best sellers -- his sentiment rings no less true. The writer of essays and short fiction will go down in history as one of the most ardent disciples of creativity, notably for his work defending freedom of written expression. But beyond literature, Vonnegut was a vocal proponent of theater and, perhaps more surprisingly, a practiced visual artist, as evidenced by the new book "Kurt Vonnegut Drawings." 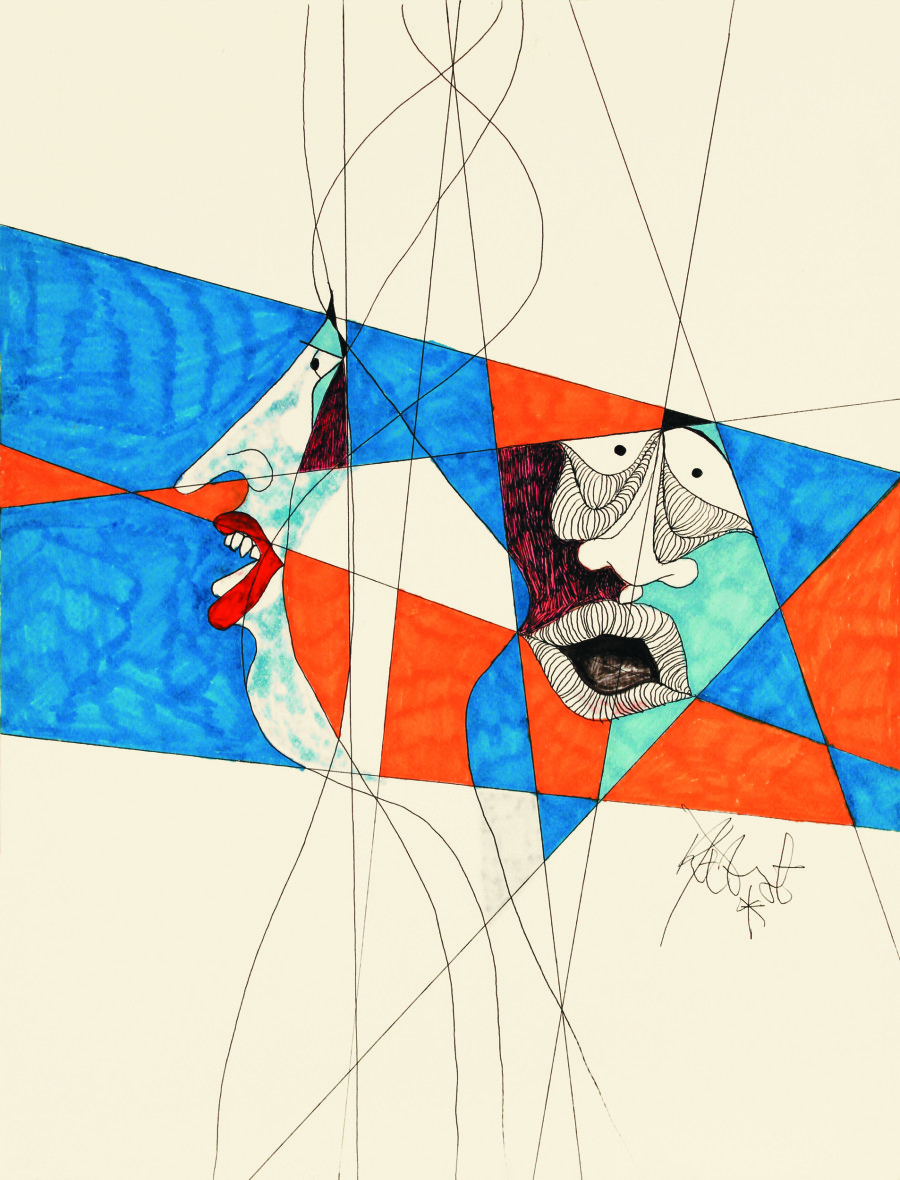 The 176-page tome debuts next month, courtesy of The Monacelli Press and Vonnegut's youngest daughter with Jane Marie Cox, Nanette Vonnegut. It will feature 145 collected illustrations from the pen of Vonnegut himself, showcasing his swirling self-portraits and abstract "doodles," all of which are infused with a signature flair for the dramatic humor. Nanette, herself an artist, inherited the images in the 1990s, when her father sent her two large shipments of his artwork with no real instruction on what to do with them. Decades later, she's finally devised a proper tribute to his little-known visual side.

"Dad thought being a full-time visual artist would have been much more fun than being a writer, even if it meant lopping off a finger or two," Nanette writes in the introduction to the book. "I believe my father forgot about the War when he doodled." 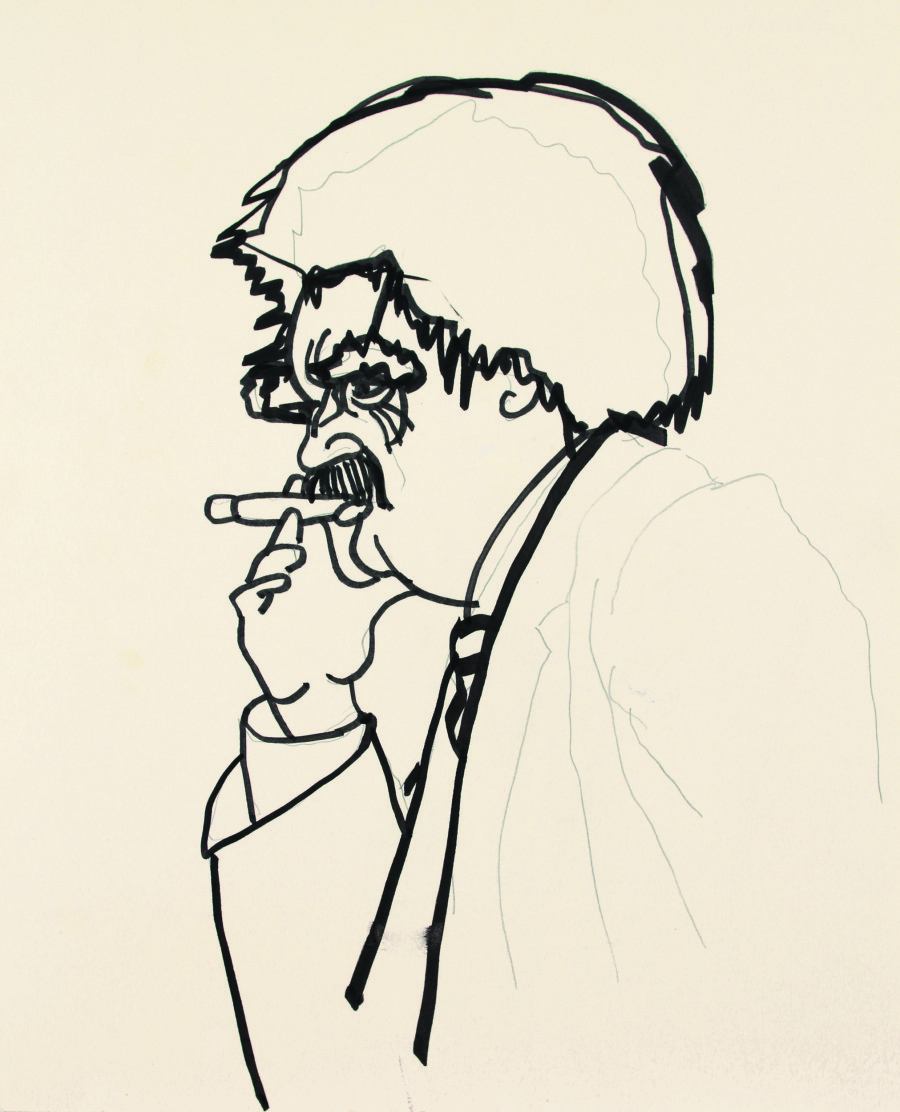 In the run up to the book's publication, we chatted with Nanette about the memories of her famous father, their "odd" family upbringing and the legacy of creativity in her family.

What inspired you to compile your father’s drawings in the book? It had something to do with acknowledging that he’s not here anymore. It was a process of grieving, and being ready to do something that -- in the end, with my husband’s encouragement -- we really wanted. We love art books, and having a book to hold. It’s a good-hearted project that I think my father would love. He was very modest about his skills as an artist. Modest in every way, really. He could hardly believe what he accomplished.

What is your earliest memory of your father as an artist? My memories of my father are either of him in his study or him making something. One of my earliest memories -- I wasn’t that little, maybe in second grade -- was him putting together a sculpture in our kitchen. Just him chiseling away at something. He was always very focused and intent with whatever he was doing, whether it was playing the piano or drawing. I don’t like to use the word but I think it applies -- he was a creative genius. He was always working his hands and working his brain. 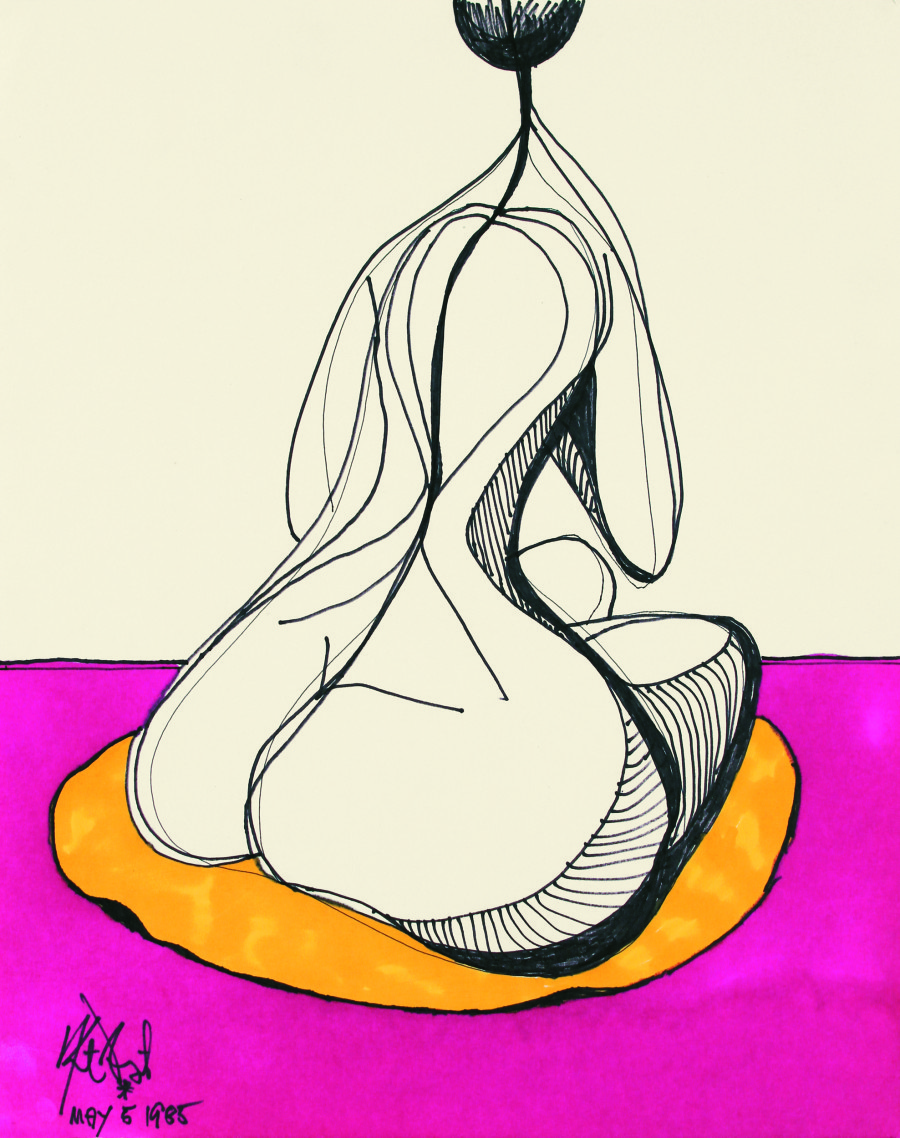 Why do you think he felt being a full-time visual artist would have been much more fun than being a writer? He knew by experience. People are so surprised to find out he wasn’t happy in his studio. He was always sitting on his ass, hunched over. You could feel the intensity when you saw him. He overworked the brain. One thing he said in Anne Lamott’s book was that he felt every time he sat down to write, that he he had no arms. He had no idea where to begin, and it was a real labor. The labor shows. People think his work is simple, but the amount of throw aways, the amount of reworking. He worked so hard to get it right. It was tiring. Doing artwork was less tiring on his brain.

One of his images in particular that stuck out to me is his portrait of Kilgore Trout with something like 11 eyes, appearing like he’s breaking the fourth wall of a photograph. It seems vaguely autobiographical. I know that Kilgore Trout, it’s one of my favorites. I haven’t seen that around much, it’s fairly unique.

What types of imagery to see you repeated throughout his sketches? He was drawn to the human face. He played with that quite bit. I see mostly his self-portraits, the profile or the curly head. Some of the drawings -- like the Letters -- remind me of Saul Steinberg, who I think he was influenced by. He was just having so much fun, doodling. He would doodle the same thing over and over again. I do the same thing. 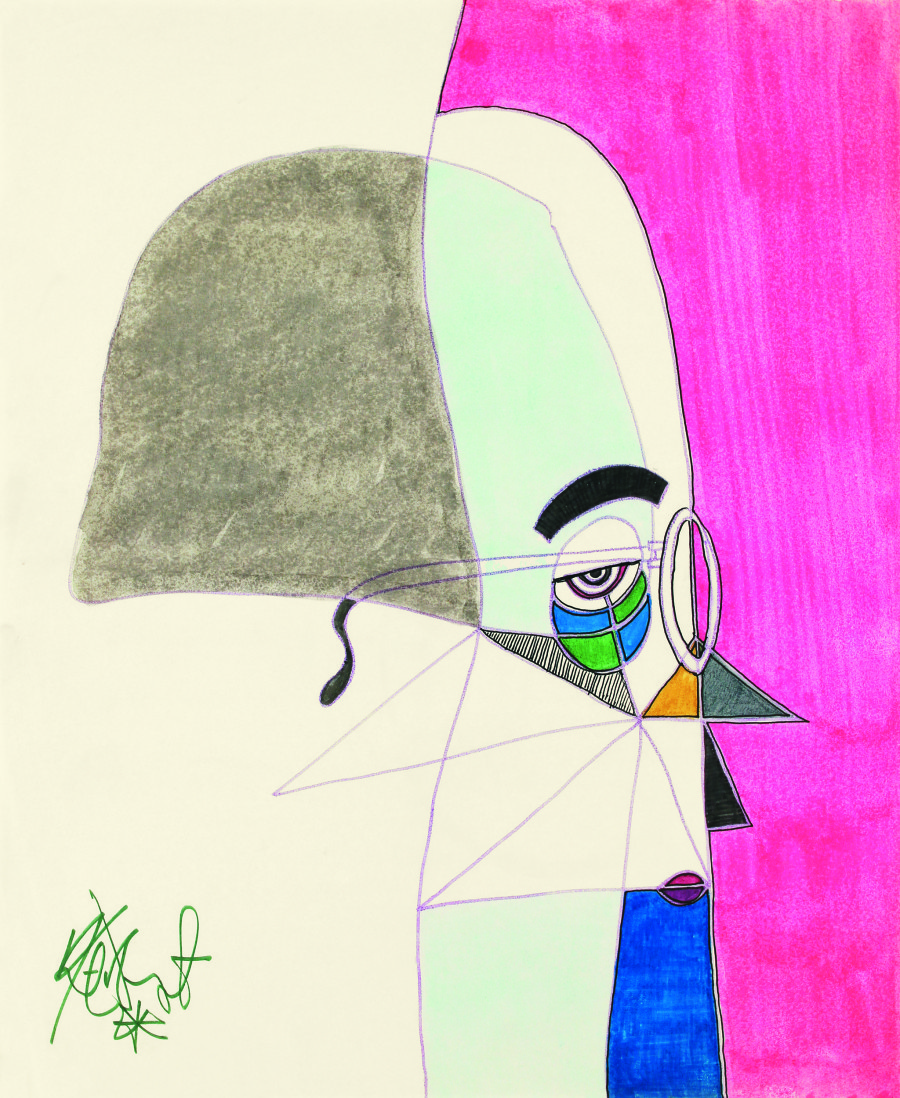 You have written about the fact that your family encountered its fair share of financial instability in the early days. Yet you grew up surrounded by art, with parents who placed real value in its importance. Do you think this was a unique experience? Yes, we didn’t really quite fit in at the time. We were from the Midwest, but we lived in the Cape. [Editor’s Note: In a later conversation, Nanette clarified her Midwest origins. “All us kids were born on the East Coast,” she noted. “Except my brother, Mark, in Chicago. But, I never personally felt like a New Englander, absorbing some qualities from my parents that I am only now recognizing as Midwestern, especially their subtle, twangy tones. I feel like a Midwesterner even though I never lived there!”]

I don’t think people knew what to do with us. We were odd in a wonderful way. You know, my father -- later in life -- was rewarded for his oddities and his work. But yes, we were totally unusual. My mother was always passionate about literature, and she had a huge influence on my father. She always impressed upon me how good literature humanizes people.

It was not necessarily focused on the kids though, which I think was the norm then. The kids were left to themselves. In a way, I feel like I was raised by wolves! [Laughs] I was the youngest and it was a very spirited house, very funny and very smart. That was a golden era for me. I was infected with the romance of being an artist. My parents didn’t instill in us any kind of expectation of marriage or careers or where we were going to fit into the future -- until later. My father was more concerned that I wasn’t practical later in life. 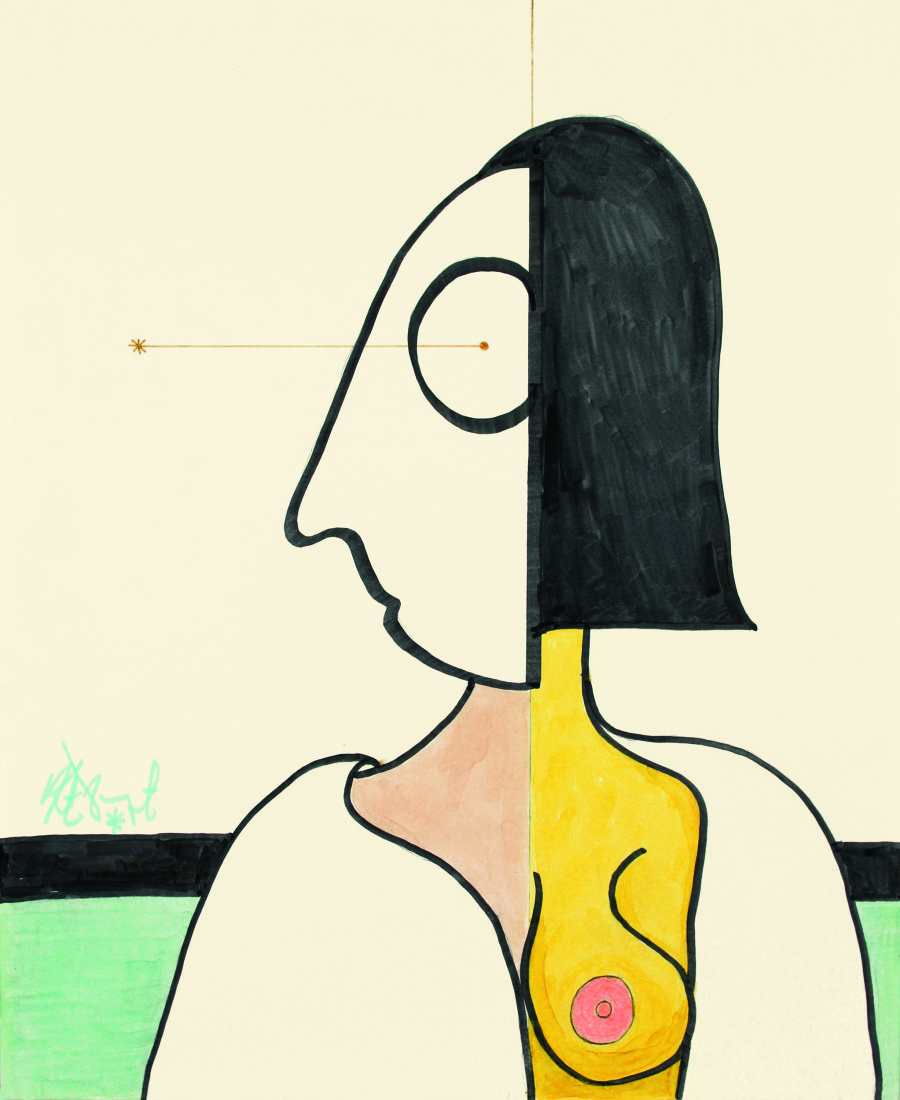 Why later in life? I think he had a sense of a woman being more vulnerable than men, financially, back then. He always referred to “A Doll's House” and he always said that [Nora, the play’s protagonist] wasn’t going to be ok when she left the house. He really wanted us to look out for ourselves, and not be depending on anything else. He knew he lucked out, with his career, and not everybody else did.

Which artists do you remember coming across as a child? We had an Al Hirschfeld book -- that one was so formative for me. I was in love with those drawings. And I remember a Paul Klee art book being out a lot.

When did you first step into the art world? Well, my sister was always drawing. She used me as a model, and that had a huge effect on me, seeing what she could draw. It was amazing. She was just born drawing! I didn’t have that gift. But I found a way to practice with my best friend down the street. For hours we would draw at her house. I had to get out of my house sometimes; it was less chaotic. 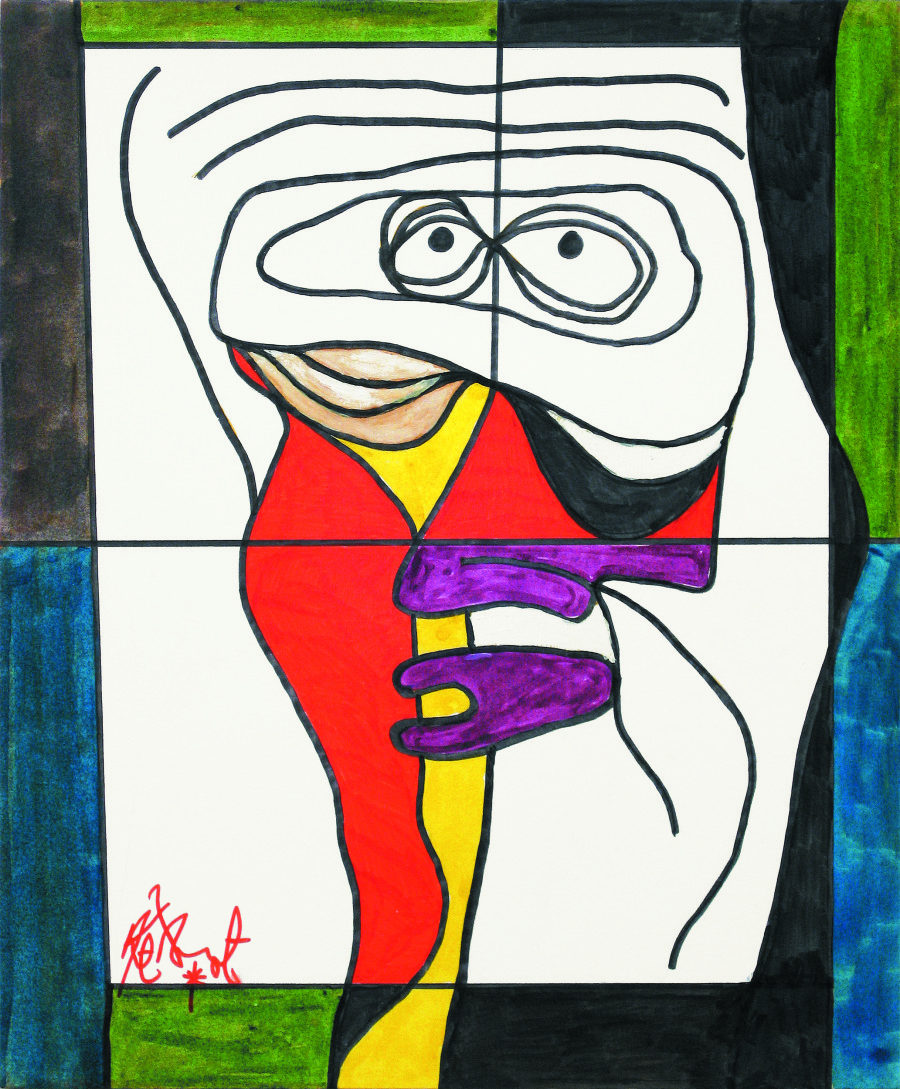 And what about as an adult? That’s just what I knew I wanted to do. I couldn’t think of anything else I wanted to do. I work as much as I can from my studio. I try to write, and I understand what my father’s talking about. Writing is a whole other way of being creative. Drawing is expansive. It’s a mood. I can step back and look at the work. Writing is very compressed.

Did you feel directly influenced by your family’s artistic legacy -- stretching all the way back to your grandfather, who was an architect? I never really appreciated it until I went to Indianapolis. I didn’t dawn on me until I went. I saw the elegance of my grandfather’s script and the things he created. That’s pretty unusual, for my father to have been surrounded by his skills. My father’s sister was extremely gifted too. She never went into the outer world, but my father adored his sister and spoke of her a lot. He didn’t really talk about his father except for saying he failed as an architect. But when I went to Indianapolis and saw that house he invested so much in -- so full of love and care. That was really cool. My grandfather made these things and my father did the same. 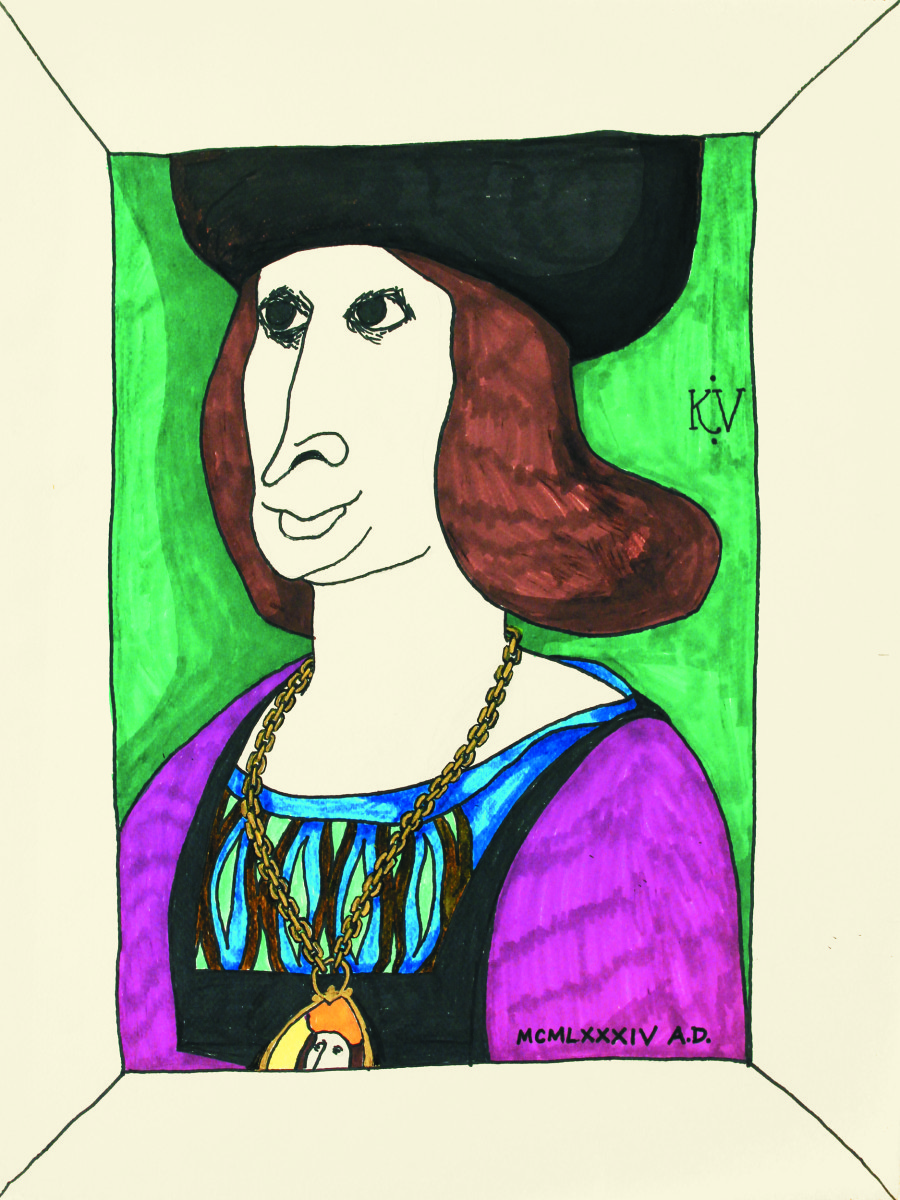 Have you felt it important to cultivate a creative environment at home for your children? I have. I somehow don’t relate, though, because I don’t think I can measure up [to my parents]. Me and my husband encourage our kids to be artistic. Two want to be writers and one wants to be a doctor. Both of their parents work from home, and they will note that this an unusual. I’ve sort of recreated what I had as a child without really trying.

Do you have plans to do anything else with the drawings your father left you? I’m keeping it simple. I have a friend who went to Cornell, and they’re having a show of his drawings, set for 2016. We’re also shooting for the University of Chicago, but so far only Cornell has signed on. It makes sense, to have the collection tour. It feels right. 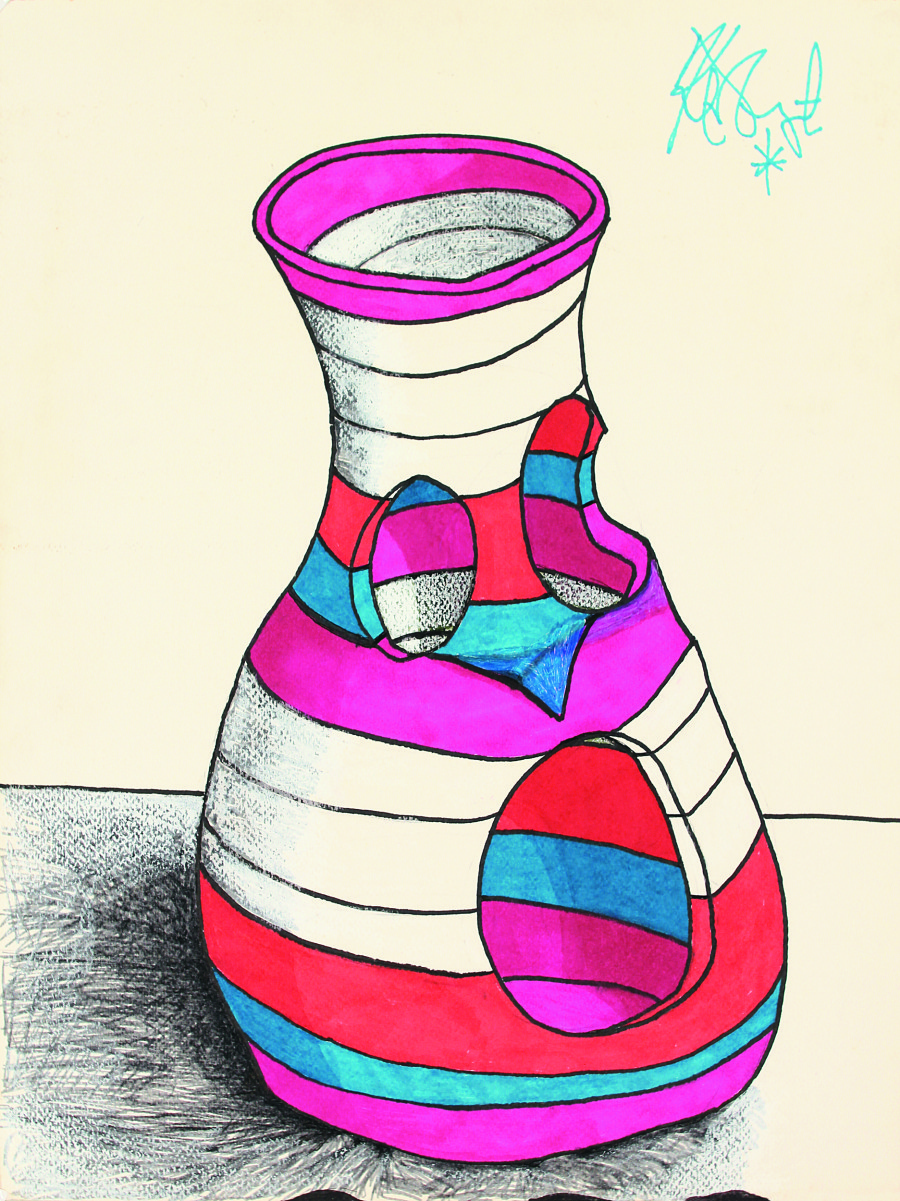 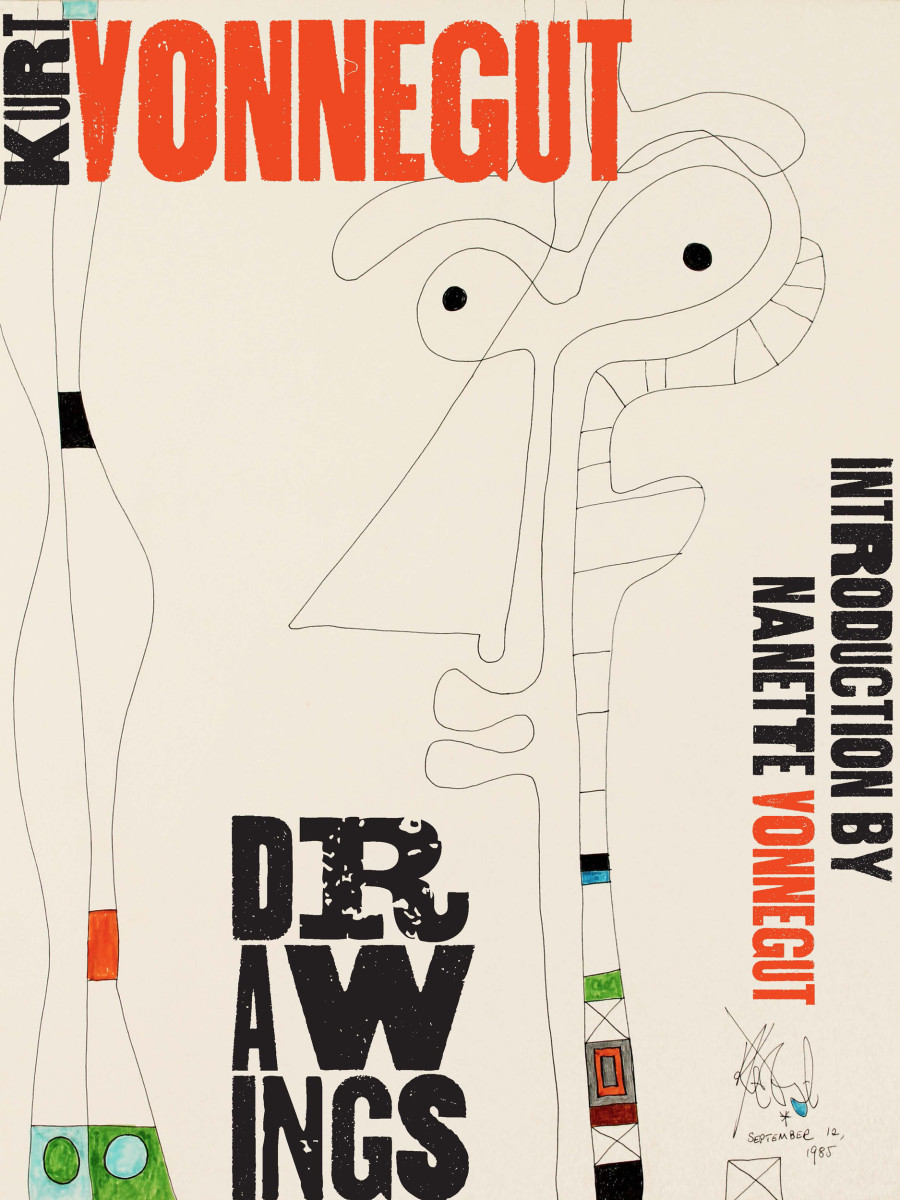