In her 1985 comic strip “Dykes to Watch Out For,” a cartoonist named Alison Bechdel popularized the concept of “The Bechdel Test,” intended to be used to evaluate works of fiction. To pass this test, she outlined, a movie or book or play must follow three simple rules: It must feature two women (with names), those women must speak to one another, and their discussion must revolve around something ― anything! ― besides a man.

The Bechdel Test does not determine whether something like a film is good or bad, or even whether it is “feminist” or “not feminist.” Rather, it offers a basic barometer for judging whether a film portrays women as developed human beings. That’s all.

In his 2017 essay “If You Like Art, Don’t Take the Bechdel Test,” a conservative film critic named Kyle Smith thought it best to explain why he, a man, thinks the 30-year-old test is, well, stupid.

And this is how he does it: Imagine, he suggests, film critics replaced references to the Bechdel Test in their reviews with references to a so-called “Cowboy Test,” which, instead of encouraging filmmakers to create developed women characters, encourages them to create a film that “contains cowboys.”

La La Land? Manchester by the Sea? Moonlight? All problematic,” Smith writes, “as these benighted films contain no cowboys. On the other hand, Cowboys and Aliens, Armageddon, and the Village People movie Can’t Stop the Music, each of which contains cowboy characters, would easily pass the Cowboy Test and receive a hearty blessing.

“Ah yes, cowboys, that underrepresented 50% of our population,” a reader tweeted in response.

Smith, whose Twitter bio reads “I’m sorry if you’re angry,” clearly basks in antagonizing his readers with especially inane and insulting comparisons, as well as criticizing a decades-old film term like it’s news.

In his recent article, he proceeds to list films that fail the Bechdel Test but are “good,” as well as films that pass the test but are “bad,” like “Showgirls.” “Do feminists look at Showgirls and chalk that one up as a big win?” he asks.

Forget the fact that Bechdel has never advocated for the test’s ability to determine a film’s quality or even, as Smith puts it, its “wokeness.” The idea that a person believes a film featuring talking women is automatically a “feminist film” is exactly the problem.

Then, for a minute, Smith seems to be onto something, pointing out that some Bechdel Test advocates argue the test “isn’t meant to be a litmus test but rather a strategy for drawing attention to the general way women are sidelined in Hollywood.”

And then, Smith writes this:

But movies aren’t intended to be a proper demographic cross-section of America. Movies (at least Hollywood movies) are about people on the extremes of society — cops, criminals, superheroes. These extreme characters tend to be men, and men tend to be the ones who create them.

First comes the bizarre claim that Hollywood movies “are about people on the extremes of society,” which, sure, is certainly one thing that movies are sometimes about. (As another reader pointed out, “Oh my G-d, @rkylesmith thinks superheroes are real people.”)

Then Smith asserts that these extreme characters “tend to be men.” Also, they tend to be created by men. However could that be? Yes, men did account for 89 percent of writers for 2016′s top grossing films, and some of those men did opt to tell stories about other men flying around in capes. It is because of Hollywood’s deep-seeded misogyny that men “tend to be” creating these same male-centric stories over and over again. (Please, no more superhero movies!)

“It might be true that there would be more women prominently featured in movies if more women were writing and directing more movies,” Smith says. But, regardless of how strongly you wish he’d just stop writing, Smith does not:

What? Films written and directed by women in 2016 include “Alice Through the Looking Glass,” “Kung Fu Panda 2,” “Fantastic Beasts and Where to Find Them,” “Girl on the Train,” “Ghostbusters,” and “Underworld 5.” And if Smith is suggesting films featuring meaningful interactions between women don’t do well at the box office, he’s wrong. Women, after all, comprise the majority of movie-goers.

We’re almost done, but his ending is a doozy:

Have a wander through the sci-fi and fantasy section of your local bookstore: How many of these books’ authors are female? Yet these are where the big movie ideas come from. If a woman wants the next Lord of the Rings–style franchise to pass the Bechdel Test, then a woman should come up with a story with as much earning potential as J. R. R. Tolkien’s.

This isn’t even what your article is about, Kyle, but sure, pile on some more specious sexism. It’s precisely because of assumptions like these that a test as elemental as the Bechdel Test ― which only requires women speak to each other about something other than men onscreen ― is at all necessary in today’s film landscape.

PHOTO GALLERY
Gifts for the Feminist Book Nerd in Your Life 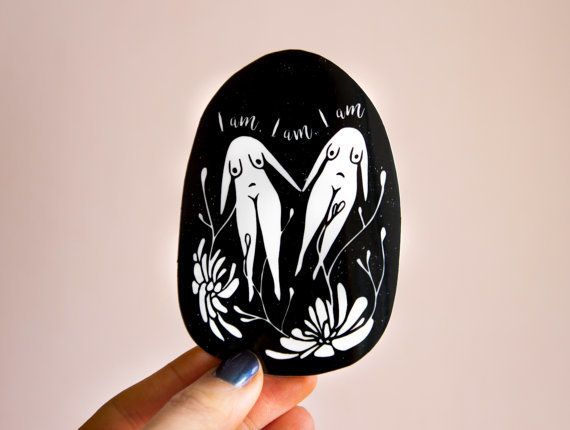