It's not often that Kylie Jenner shares photos with Tyga -- perhaps because their alleged relationship has frequently come under fire for the 8-year age difference between them. But on Sunday, the 17-year-old "Keeping Up with the Kardashians" star further fueled the romance rumors when she snapped a photo of herself with the 25-year-old rapper at the Monaco Grand Prix: 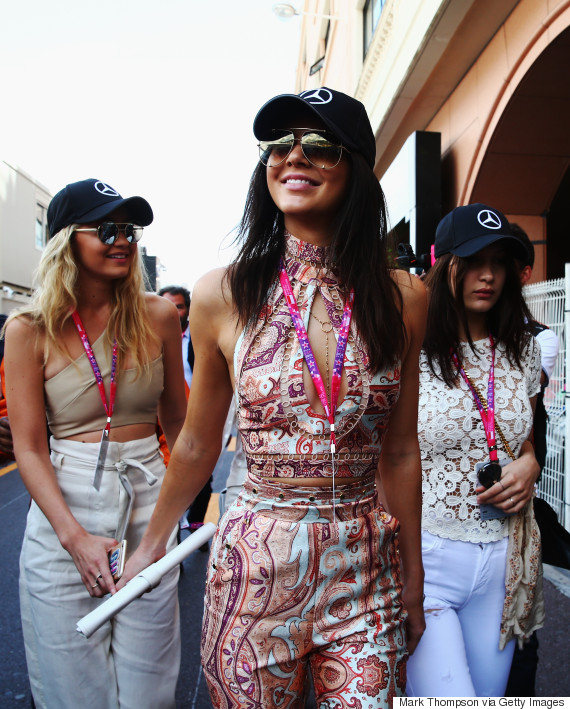 In February, shortly after Jenner and Tyga's rumored romance sparked a Twitter feud between Amber Rose and the Kardashian family, the "Ayo" rapper denied that he was dating the 17-year-old.

"I'm not dating Kylie. I just want to get that out [of] the way," he told New York radio station Power 105. "I want to be clear to everybody that I didn't leave my family to be with Kylie. That's ridiculous," he said. Tyga has a 2-year-old son, King Cairo Stevenson, with his ex-girlfriend, Blac Chyna.

A month later, however, Tyga posted a photo of Jenner with a caption that sure sounds like the two are in a relationship:

Certain things catch your eye, but only few capture the heart.

Ugh, keeping up with the Kardashians is a full-time job.