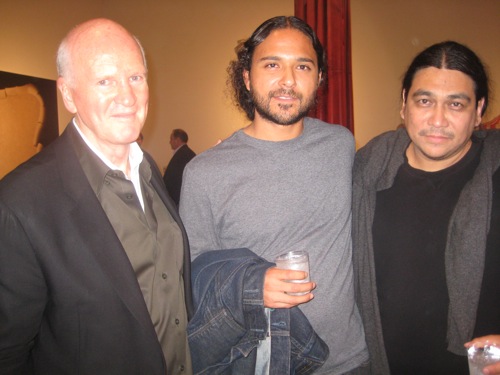 Doug Chrismas (L) and the Date Farmers at Ace Gallery

Ace to Show Street Art
Doug Chrismas is not one to rest on his laurels and he pulled me through a crowd of vodka sippin' collectors at Saturday's Jeff Colson opening at Doug's Ace Gallery Beverly Hills locale to meet The Date Farmers (Carlos Ramirez and Armando Lerma), the infamous street art duo who will be opening at Ace Gallery's Miracle Mile space in late November. They are being given the entire east wing of the gallery, a sizable piece of real estate equal to about half of MOCA's Grand Avenue space and almost as prestigious. Doug of course sees the writing on the wall -- what with Jeffrey Deitch hectically preparing a survey of street art for MOCA's Geffen wing for 2011, a whole lot of recent high art history is about to be erased from the canon to make room for what has been going on outside the museum walls for the past two or thee decades. And it has to be pointed out that, like every street artist of note to pass into the fine art sphere, the duo are alumni of Marsea Goldberg's New Image Art gallery, the seminal Los Angeles intersection of street and culture. 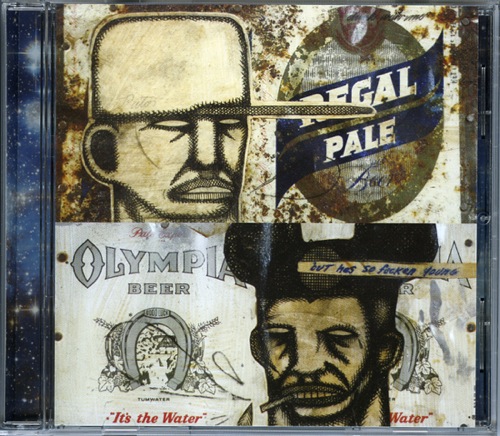 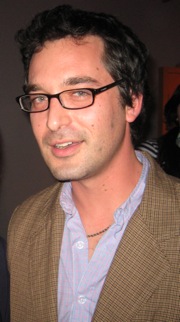 Muffler Man
Francois Ghebaly continues his ascent into top dealerdom. He has moved his Francois Ghebaly Gallery to Culver City, landing in a funky, misshapen muffler repair shop and drywalling it into La Cienega's "must see" space. After a wild opening he went AWOL... for the Frieze art fair in London, leaving Emma Gray in charge with an upstairs attic-like gallery of her own at Francois' Feng Shui paradise. She has dubbed her upstairs EGHQ: Emma Gray Headquarters.

Demise of Chinatown?
Culver City's gain is Chinatown's loss with the Ghebaly move -- and one might consider it a hemorrhaging now that all of the original galleries have closed or moved. The charm of Chung King Road is still there but so is the bitchy backbiting among those left, still seemingly incapable of coordinating one night a year where all their galleries will have openings, let alone one day a week where they might all be open to the public. No critical mass has spelled a slow death for this once vibrant neighborhood... can it bounce back?

Company Splits but Stays
One Chinatown gallery staying put is Anat Ebgi's The Company, situated in the charming "Moytel" one block north of Chung King Road. A pleasant email last week announced that Ebgi and her business partner Annie Wharton have parted ways with Wharton planning a November 18 launch of Annie Wharton Los Angeles, the newest fine art gallery at West Hollywood's Pacific Design Center. Meanwhile The Company opens with Alexa Gerrity on Friday before preparing to exhibit at the Miami art fairs in December.

Extra Bush
While insisting that print is not dead, Bill Bush told me he is rising, Phoenix-like, from the clunkily-named THE Magazine, a one-hit SoCal print journal wonder whose rapid demise saw the apparent disappearance of its publisher. But not Bush, whose ambitious plans for the web should put him center-stage in LA's art scene by this time next month.