The Los Angeles Auto Show is a somewhat quiet affair for the Detroit Three. But the auto show that is in the city where General Motors, Ford and Chrysler all covet better sales, is not without news and a few meaningful curtain raisers.

GM thinks its knows something that Ford and Chrysler are overlooking, as it readies the launch of an all new Chevy Colorado and GMC Canyon light-duty pickup truck. Ford has gotten out of the Ranger small pickup business in the U.S., and Chrysler has walked away from the Dakota. But Chevy is going ahead and taking on Toyota Tacoma, the leader in what is left of that small pickup category. 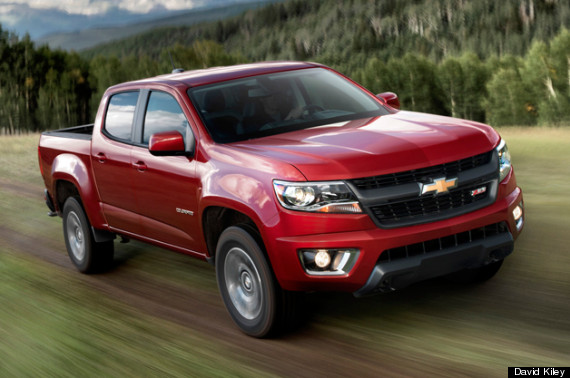 General Motors President Mark Reuss says the new trucks "will shake up the segment." That segment, though, is not that big. In the U.S., it's just about 200,000 through ten months of this year, with Tacoma accounting for most of that.

The youth market that once scooped up small trucks vanished. And tradespeople have either opted for new and used full-sized trucks, Ford's Transit Connect, or they have been converting minivans and full-sized vans.

Reuss thinks the market has bottomed out, and he says GM sees an opportunity to go head to head to Toyota on what will be a growing market. Nissan's Frontier pickup has small sales, and the Japanese company doesn't seem poised to invest much in the category. "Good product drives interest, and we think the Colorado and Canyon are going to do that," said Reuss.

Part of GM' strategy to stand out? besides the 2.5 liter four-cylinder and 3.6 liter V-6 engines, Chevy and GMC will offer the only diesel option in the category. This strategy could actually work as there could be a market for truck buyers who don't want the size and brawn of a Chevy Silverado, Ford F-Series or Dodge Ram and would love to have a fuel-efficient clean-diesel option.

GM made its decision to modernize and revitalize the small pickup market in part because of a call-out from its California dealers who told the automaker the opportunity to gain market share in the West and with young people is there for the taking.

---
The Ford Edge has not been a barnburner of a crossover for Ford, but the company is trying to change that with a new design. The Ford Edge Concept showing in LA has more body creases than the current Edge, with smaller head-lamps and a new slatted grille. 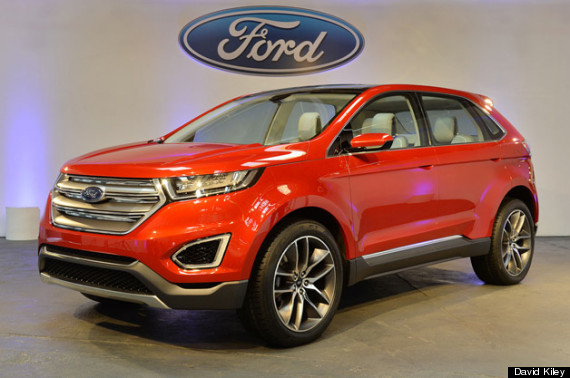 With the Ford Escape and Ford Explorer doing good business, the Edge tends to get a bit lost in the showroom. Ford says the next Edge will carry the latest and improved tech to try and entice buyers, including the company's excellent park-assist system that automatically parallel parks a vehicle.

We might ask why Ford keeps bothering with the Edge, but it's a vehicle that will have global distribution, including South America, China and Europe.

Ford hopes the new styling and tech improvements on the Edge will help it in California, as well as the East Coast. Earlier this year, Ford touted better results on the coasts--up two full percentage points of market share on the strength of increased sales and popularity of Ford Fusion, C-Max and Escape.
---
American marks the 70th anniversary of D-Day in June 2014 and the end of World War Two in 2015. In keeping with the remembrances of the war and the Greatest Generation who served in it, Chrysler's Jeep brand is introducing the Jeep Wrangler Willys Wheeler Edition, which is inspired by the early Willys CJ (Civilian Jeep) SUVs that were sold after the war. 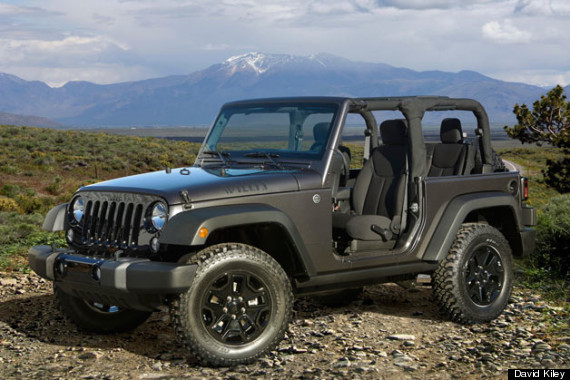 Check out David Kiley's journey in a Jeep through Germany and Belgium to find an uncle killed in Germany in December 1944 fighting for the U.S.

The Willys was created for the armed services at the beginning of the war as the War Department had no versatile vehicle. Historians point to the original Jeep as one of the most critical ingredients to winning the war.

"The new Jeep Wrangler Willys Wheeler Edition is a Jeep purist's dream, delivering a Jeep vehicle that harkens back to the original, classic CJs of the 1940s," said Mike Manley, President and CEO - Jeep Brand, Chrysler Group LLC. "This new Jeep vehicle delivers pure functionality and rugged capability in a unique package that recognizes the origins of the brand."

Unuder the hood is the V6 Pentastar engine mated to a standard six-speed manual or an available five-speed automatic transmission, which delivers up to 21 miles per gallon on the highway. Price: $25,795 for two-door models and $29,595 for Unlimited (four-door) models.