Tired of hitting that pothole every day on the way to work? There's an app for that.

LA Mayor Antonio Villaraigosa on Wednesday announced the launch of My LA 311, the city's new iPhone and Droid app, as well as the makeover of the city website, lacity.org.

On both the website, already live, and the app, which will launch March 18, Angelenos will be able to pay their Department of Water and Power bills as well as report abandoned furniture, fallen trees, potholes, graffiti and more. Users can attach pictures of service requests and use their phone's GPS to geotag the location.

The app also will also provide a news feed of live tweets from city agencies and officials and a Google map that shows nearby parks, libraries, pools and parking.

Villaraigosa announced the new site and app at the Google office in Venice, and over a live Google Hangout with five reporters (see video above).

The Huffington Post asked the mayor if City Council votes will be posted on the website in a timely manner, or quickly tweeted and posted on Facebook. Villaraigosa said swift reporting of votes may be available in the future, with the "2.0 version" of the app. The 2.0 version will also be bilingual, with the addition of Spanish, the "second language of LA," he said.

Free Wi-Fi would make the website and app available to more Angelenos, especially in South LA. Villaraigosa said he tried to get citywide Wi-Fi a few years ago, but "it's not an easy goal to hit," because of cost. Steve Reneker, general manager of the City of Los Angeles Information Technology Agency, said citywide Wi-Fi remains a goal.

Villaraigosa said the cost of the developing the app was "very reasonable" at $130,000. The website renovation cost an additional $5,000. He said the new technology may save the city money long-term, but the new technology was developed mostly to improve city services. "I think you'll see more complaints, less frustration and quicker responses," he said.

The mayor conceded that LA's app comes after some cities already have apps up and running. "But ours seems to me to be the best," he said. "I imagine they'll try to one up us … a little competition … and I look forward to that."

Councilman Eric Garcetti -- the frontrunner in the mayoral race -- developed a similar 311 app for his Silverlake-area district more than a year ago.

When Villaraigosa, who has only a few more months in office, was asked if President Barack Obama has offered him the position of Secretary of Transportation, he dodged the question. Instead, he responded to rumors that his cousin, Assembly Speaker John A. Pérez, is being considered by Obama to replace Labor Secretary Hilda Solis.

“I heard my cousin, by the way, is on the list, and I’m glad he is," Villaraigosa said. "I’ve said to a number of people he would make a great secretary of labor." Pérez is the first openly gay state Assembly speaker and is a former officer of the United Food and Commercial Workers International union. 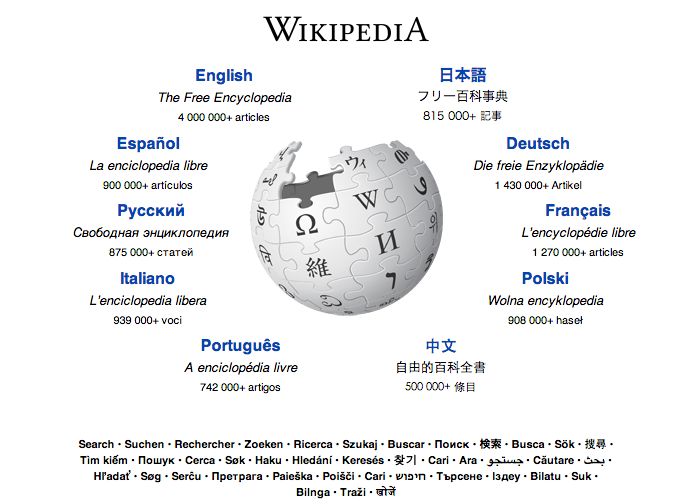 1 / 11
Wikipedia.org
All the world's knowledge on one little website. Pretty cool, isn't it? <a href="https://donate.wikimedia.org/w/index.php?title=Special:FundraiserLandingPage&country=US&uselang=en&utm_medium=spontaneous&utm_source=fr-redir&utm_campaign=spontaneous">Wikipedia</a> is the world's fifth largest website, but it operates as a nonprofit. Each year, the site posts large (at times, distracting) banners urging users to donate and keep the site "online for another year." "With 450 million monthly users, we have costs like any top site: servers, power, rent, programs, staff and legal help," the posts read in part. Donate <a href="https://donate.wikimedia.org/w/index.php?title=Special:FundraiserLandingPage&country=US&uselang=en&utm_medium=spontaneous&utm_source=fr-redir&utm_campaign=spontaneous" target="_hplink">here</a>.
Wikipedia.org