In Los Angeles, fall is best of all. And it's not just because the sweltering heat of October has at last been replaced by the more tolerable heat of November, and it's not just because the tourist season is over and our roads and freeways are again jam-packed with only local traffic. No, it's because cocktails, concocted from the flavorful ingredients of the season are now appearing at many of the finer establishments in town.

With Thanksgiving coming up, I thought I'd put together a list of a few of the best cocktail joints serving fall libations, which will have you giving thanks all season long.

Eveleigh
Ready for something revolutionary? From the mind of head bartender Garrett Mikell, comes a new fall classic in West Hollywood: a pumpkin spice latte with espresso-infused Diplomatica Reserva Exclusiva rum topped with a foam dashed with five spices and garnished with pickled pumpkin. Whether you have it with dessert or have it as dessert, it's one beverage that will make you fall in love with fall. Perfect to pair with your charcuterie plate before dinner. 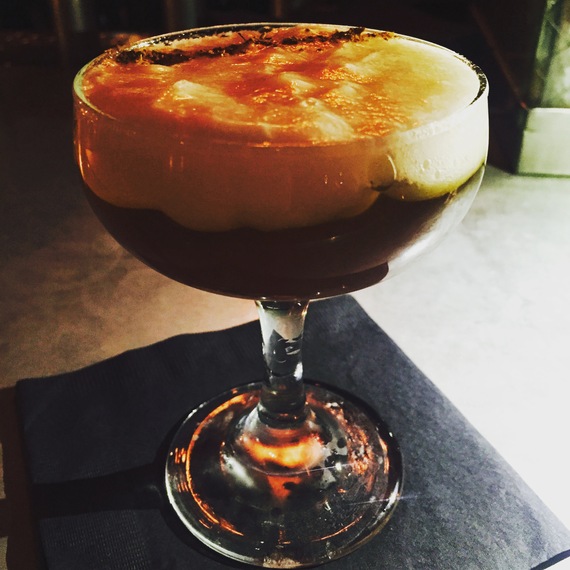 Little Door Santa Monica
Mixology expert Vincenzo Marianella has revamped the cocktails at one of the classiest watering holes on the Westside. The "Little Hour" happy hour program is the perfect opportunity to sample new libations, such as The Bitter Scott, the Viel Ami and the Sweet Ginger Brown. Marianella's recipes call for two full ounces of liquor in each drink, so do yourself a favor and Uber. 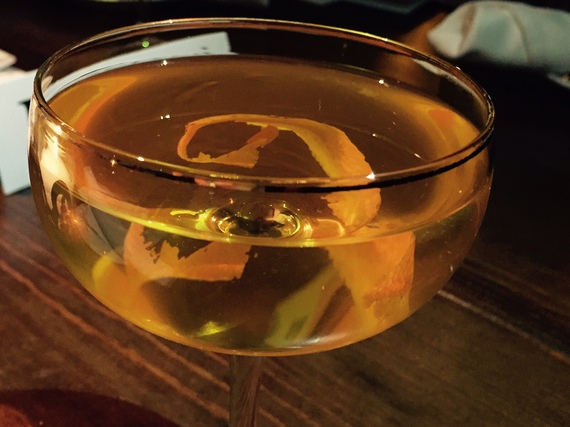 Caulfield's
Disaronno Amaretto, apple cider and sparkling wine. Does that not sound like the perfect finish to a Thanksgiving dinner? This Beverly Hills spot serves it up hot or cold garnished with a cinnamon stick. It also complements Chef Eric Key's brand-new menu, in particular, the one deservedly constant item: Caulfield's Lobster Mac 'n' Cheese. 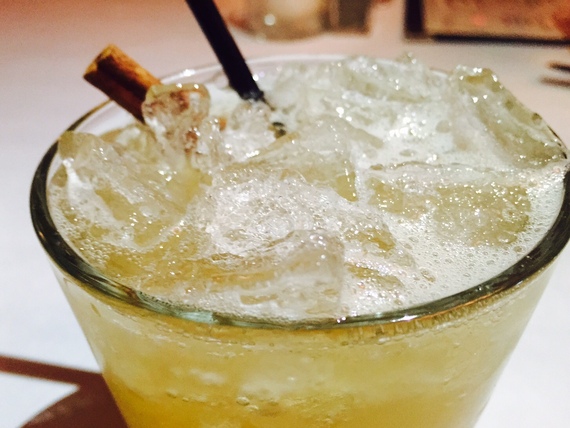 Terrine
Head Bartender Ryan Wainwright is already preparing for El Niño with a cocktail menu composed primarily of the darker spirits. Not to be missed is a traditional eggnog with port, brandy and rum. The Hot and Soothing category of his cocktail menu is perfect for the cooler temperatures and wet weather ahead. Also not to be missed? The Winter Daiquiri with Chairman's Spiced Rum, Appleton 12 year, Hamilton Guyana Rum, lime juice, maple syrup, egg whites and grated cinnamon. And they pair very nicely with Chef Kris Morningstar's seasonal bites. 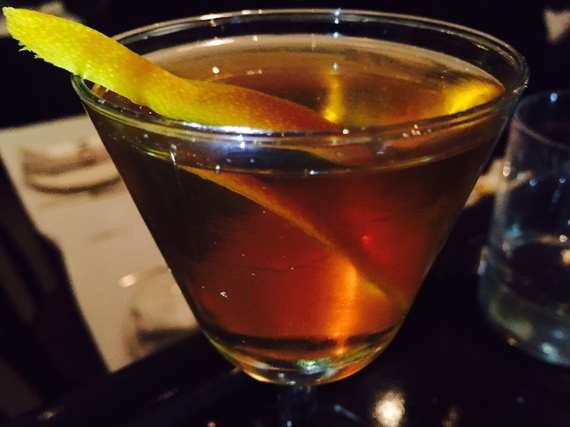 Enjoy the darker spirits at Terrine - Photo by Gina Hall