It sounds too good to be true, jumping on a plane and heading to Paris for a few days. But what's stopping you? I've been advocating on behalf of the micro-vacation for some years now, and perhaps nothing better encapsulates this philosophy better than the idea of jetting off to France on a lark.

The French take upwards of seven weeks of vacation each year, so this uniquely American notion of stuffing a year's worth of decompressing into two weeks each summer is not only foreign to them, but cruel and unusual, to boot. So what better place on Earth to take stock of your life, and ask yourself whether the whole rat race is worth the price -- but that's a discussion you'll be having with yourself over a baguette and espresso at a Parisian sidewalk cafe.

How to Get There:
It's a long flight from LAX to Charles de Gaulle, about 11 hours when it's all said and done. You certainly don't want to spend that near-eternity painfully contorted into the tiny glove compartment they call an economy-class seat. That amount of torture might be fine aboard a puddle jumper to Vegas, but for this long haul, you're going to want splurge for some comfort. In which case, your best bet is business class aboard Air France. Free in-flight entertainment, seats that recline like lounge chairs and a Daniel Boulud-designed culinary program and a sommelier-driven wine menu worthy of the French.

Where to Stay and Eat:
Considering that you have but one life to live, why not make your journey memorable? The Park Hyatt Vendome Paris has been named one of the 50 best hotels in the world. The historic hotel overlooks the Rue de La Paix in the city's Second Arrondissement, and is in the very heart of one of the most fashionable shopping districts on the planet.

If you're really feeling splurgy, or if you've just found out you only have six months to live, treat yourself to the Ambassador Room. Like all the great historic hotels of Europe, the best rooms are located on the first floor (as opposed to the ground floor), as elevators were a relatively modern invention and wealthy guests tend to dislike schlepping their bags up multiple flights of stairs. 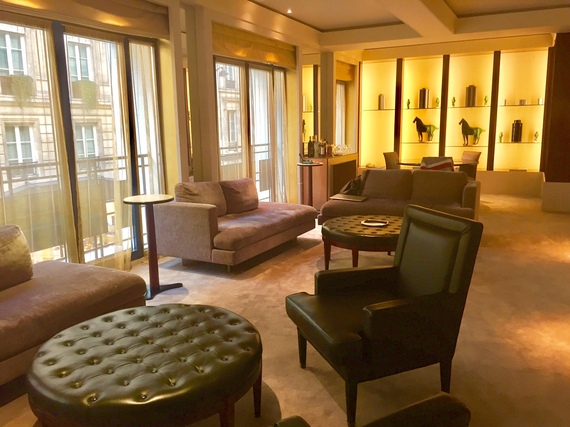 If you stay at the The Park Hyatt Vendome, you're going to love Michelin-starred PUR, located inside the Park Hyatt Vendome. Chef Jean-François Rouquette is everything you've imagined in a French gourmet chef. And if you think you've had foie gras in the states, you haven't; you've just had duck liver. There's reasons everything tastes better in France, and it isn't just the atmosphere. GMO's don't exist here and food isn't pasteurized, i.e., irradiated. 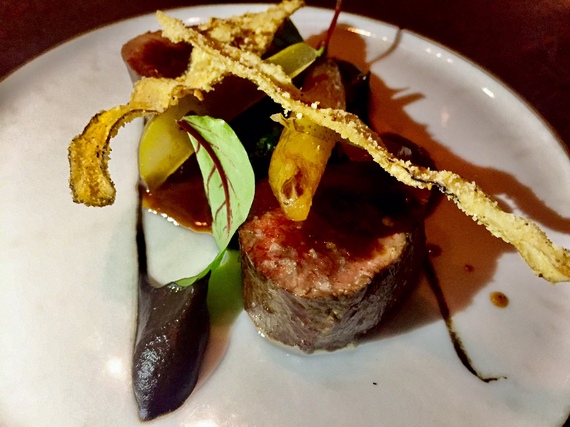 The venison at PUR - Photo courtesy of Gina Hall

Chef Rouquette's plating is nothing short of artistic. Be prepared for several courses, so perfectly proportioned that you'll leave having tasted dozens of flavor combinations and yet not feeling full, as if you'd put away an In-n-Out Double Double. The venison medallion in a wine reduction is worth the trip by itself. The use of texture and color and aroma literally creates a feast for the senses.

What to Do:
Like you need something to do in Paris, right? There's nothing more satisfying than just sipping a glass of wine and taking in the evening air, listening to the sounds of the city. Obviously, the Louvre, Cathedrale Notre Dame de Paris and the Eiffel Tower are within walking distance, so tick a few of those off your ultimate to-do list.

Get out of the City
But Paris, being a cosmopolitan metropolis, is quite distinct from the rest of the nation. And if you only see Paris, you haven't seen France. To do so, you must travel the beautiful countryside to another region, preferably a wine-growing region, such as Bordeaux, Burgundy or Champagne. Let me recommend Cognac, where for centuries, they have had a tradition of distilling a brandy so incomparable that it is the only place in the world that produces the spirit in its namesake.

Here's what to do on a side trip to Cognac:

The Hennessy Distillery:
Take a tour of this beautiful facility, where master blenders rely on ancient traditions to create what is for my money the best Cognac in the world. Beginning with the eau de vie, or "water of life" (if that tells you how seriously they take it), the clear-colored distilled brandy, is distilled again and then aged in French oak barrels for years to one day become the Cognac that you'll sip (ideally slightly warm on a cool evening in your leisure attire) from a palm-sized snifter. Maintaining centuries-old practices, such heating vats with actual fire, the distillers of this unique region subscribe to the artisanal methods of their forebearers. 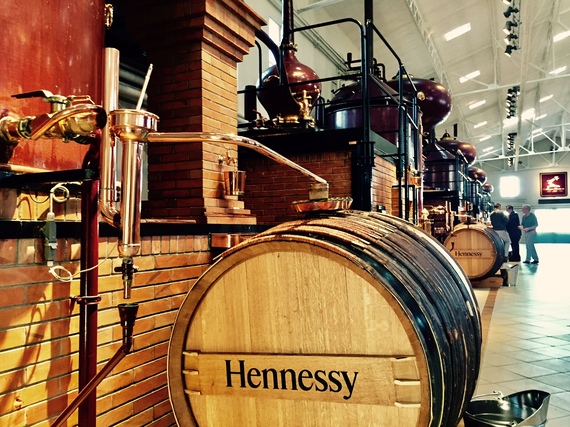 The Castle of Valois:
The stone castle itself is more than eight centuries old, but was built on the site of a priory of Benedictine monks who had settled on this hilltop more than 1,000 years ago, and the site has seen more than its share of history over the last millennium, changing hands among royal families and witnessing empires come and go. Named for a French king who was born in this chateau, the ancient tower overlooks the beautiful river Charente.

Le Bistro de Claude:
This rustic bistro, tucked away on a narrow cobblestone street, is the sort of joint that would make Anton Ego (the discriminating food critic in Ratatouille) well up with tears and reminisce about his mother's home cooking. In fact, with multiple dining rooms providing all diners with a deeper level of intimacy, it even feels a little like home. They also make a mean vermouth martini, the Martini Blanc. 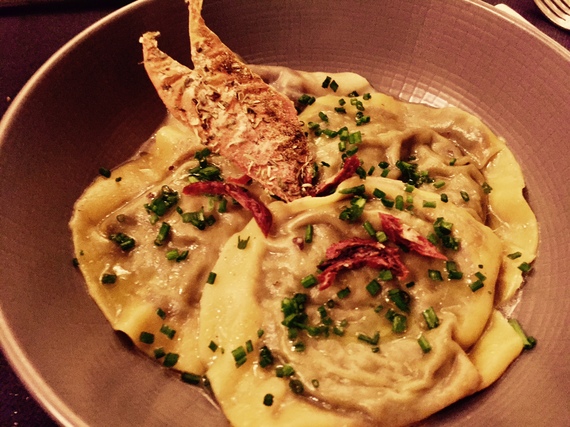 If you're feeling bold and it's on the chalkboard menu, ask for the boudin ravioli. It's blood sausage. You'll be shocked how sweet the meat is, and how tender, as delicate as the ravioli it's encasing it. But because you've got to get your veggies, pair that with the avocado- and crab-filled zucchini carpaccio (I know, it all rather smacks of Italian cuisine), topped with caviar. It's a little indulgent as a vegetable dish goes.

Life's short, don't let it pass you by as you spend 50 weeks a year in your cubicle or wherever. By spending just a few days abroad at a time, you'll save on expenses. Take that money and invest it into a comfy flight, Michelin-starred dining, some fine Cognac sampling and an unparalleled room. You'll only regret it if you don't.