As expected, Angelenos brought their a-game when they came to party at the West Hollywood Halloween Carnaval, LA's largest Halloween event.

The costumes were light on politics this year, save a couple of spooky twists on California's new gay marriage law (Same Rex Marriage and Just Married Zombies), a jab at the glitchy Obamacare website and a couple who dressed as a furloughed federal government employee and the Statue of Liberty, which was closed during the shutdown.

By far, the best costumes celebrated our wacky year in pop culture: several donned evil beards and a yellow hazmat suit to be Walter White from "Breaking Bad," while there were more than a few scantily-clad Miley Cyruses dragging around little wrecking balls.

We'd also like to call special attention to the tech industry costumes we saw: groups dressed as the addictive smartphone game Candy Crush, a pair of life-sized Someecards and creative Twitter hashtags.

Approximately 500,000 people attended the event, according to ABC7 Los Angeles. Check out photos of the best Halloween costumes in the slideshow below, and add yours to the mix!

All photos by Anna Almendrala unless otherwise noted. 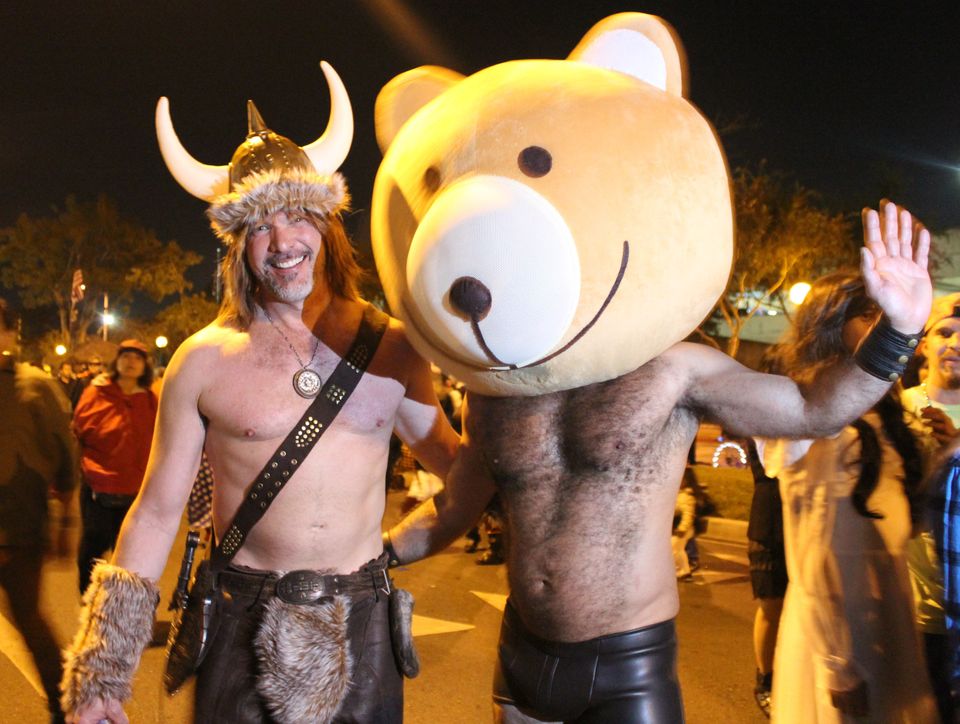