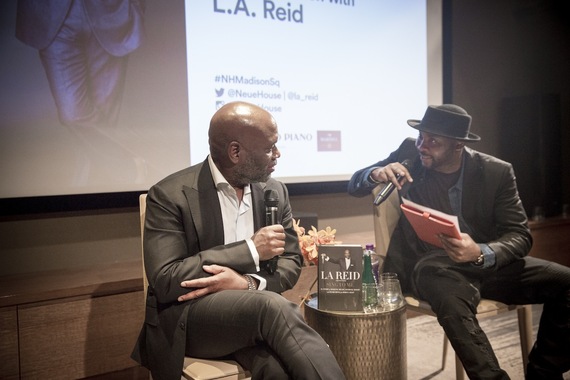 This past week, Neuehouse - known for its art-world friendly to-dos, opened its doors to a motley mix of key influential music industry moguls, curators, visual artists, and some A-list entertainers including Chris Rock and Babyface, to celebrate a man who put a remarkably creative stamp on much of the R&B and Pop music of the '80s and '90s - Mr. L.A. Reid.

Mr. Reid, aka "Mr. President" - a nickname endearingly assigned to him by Michael Jackson - has much to celebrate. He remains a commanding voice in the music industry as he approaches the five-year mark as CEO of recently revamped Epic Records​, their dynamic roster includes Pop princess Meghan Trainor and Trap king Future​.

At Epic, Reid maintains his tradition of searching for "who's next?" A path that he describes in-depth in his first ever memoir -Sing To Me, published by Harper Collins​.

The evening began with a dialogue between Reid and Grand Piano Embassy's ​founder and creative ambassador,​ Omar Dubois​. He discussed his new memoir and shared pivotal moments of his career that helped steer him to the top. Reid has been the engineer of countless major moments in music history including: Mariah Carey's 10-times platinum comeback "Emancipation of Mimi" at Island Def Jam; the genesis of Outkast at LaFace; and more recently, discovering Sweden's rising star Zara Larsson.

As the discussion concluded, Reid ​affirmed his competitive advantage as a 'Record Man' -- he explained that his tenacity and ethics, combined with his ability to strike a fine balance between intelligence and intuition is essentially his one-up-man's-ship card. 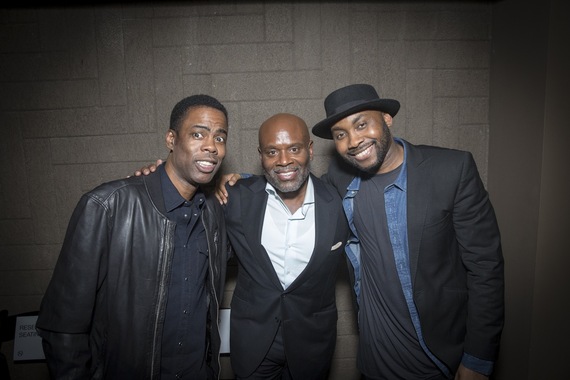 It was a great night with literati and glitterati celebrities schmoozing and feeling no pain over Martell-Old Fashioned cocktails, while listening to nostalgic tunes playing from Reid's expansive catalog of unforgettable music.

A totally hip read for a chill night. Sing to Me is well worth a trip to your Book Store.