Twenty years ago today, four police officers were acquitted on all charges in the beating of black motorist Rodney King, and Los Angeles was soon on fire. After three days of some of the worst race riots America had ever seen, 55 people were dead, 2,325 people reported injuries, 1,573 buildings had been damaged or destroyed, and the total cost of the riots was estimated at $1 billion.

This past week, news outlets from across Los Angeles County have commemorated the 20th anniversary milestone with scores of pieces that range from a celebration of how far the city has come since the riots to questions about the economic woes still plaguing South LA.

At HuffPost Los Angeles, we published a round up of the most shocking videos from the LA Riots, as well as a story about how community recording has empowered victims and changed policing for the better.

We also took a look at how the LA riots have impacted Los Angeles culture. We compiled 10 references to the riots in pop culture and took a look at VH1's upcoming rock doc, "Uprising: Hip Hop & the LA Riots," about the connection between rap music and rage among South Central residents.

On the blogs, KoreAm writer Alex Ko celebrated the resurrection of Koreatown but confessed that he still can't bear to return to parts of town where his parents' businesses once stood. Marqueece Harris-Dawson, president of Community Coalition in South LA, called attention to the fact that the median income for black and latino families in the area has decreased since 1990. Author Earl Ofari Hutchinson wrote about the tremendous strides that the Los Angeles Police Department has taken since the riots, and journalist Leslie Griffith blamed the overhead newscopters, in part, for fanning the flames of rioters and giving them an audience for which to perform.

On that note, stay tuned Monday for our interview with Bob Tur and Marika Gerrard, the then-husband and wife team who captured unforgettable footage of the riots, including the beating of white truck driver Reginald Denny, from their helicopter.

For now, here's a round up of some of the coverage that caught our eye as we looked back on the LA riots this week.

REGINALD DENNY, RECLUSE: In the years since his 1992 beating at the hands of four South Central residents on Florence and Normandie avenues, Denny has withdrawn from the spotlight to live a quiet life in Arizona. He refuses all media interviews, but that hasn't stopped others from reflecting on his assault.

HOW HAS LA EVOLVED SINCE THE RIOTS?

PHOTO GALLERY
Who's Who LA Riots 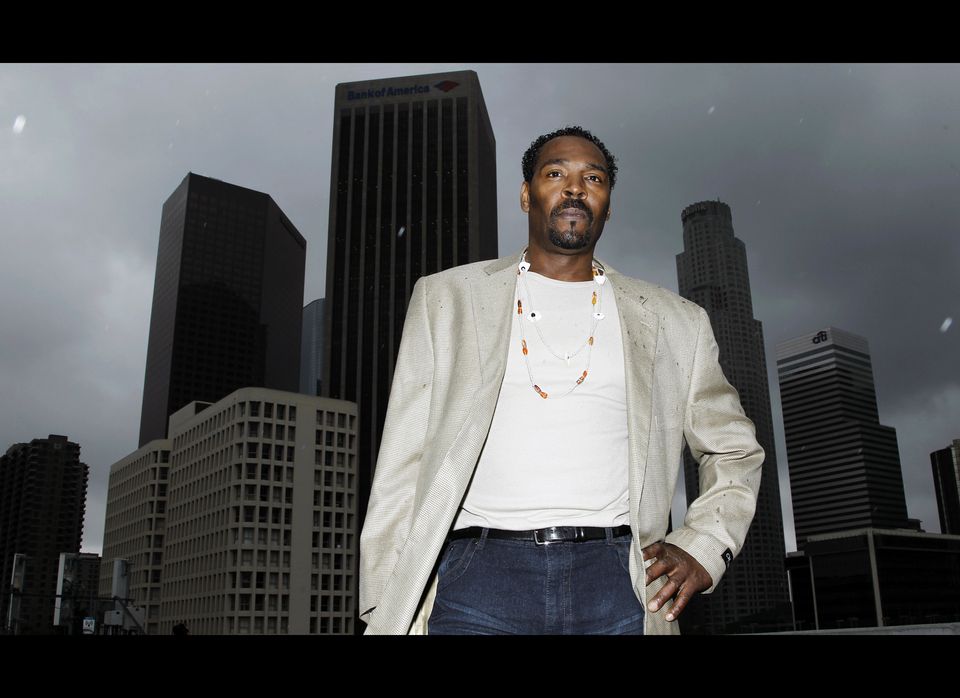 1 / 12
RODNEY KING
King's videotaped beating on the night of March 3, 1991, triggered the riot a year later when the officers who beat him were acquitted of all charges. During the ensuing violence, he went on national TV to plead with people, "Can we all get along?" In the years since he has been arrested numerous times, mainly for alcohol-related crimes, and has made several attempts at rehabilitation, including an appearance on television's "Celebrity Rehab." He received a $3.8 million settlement from the city but recently told The Associated Press much of that money was lost to bad investments. He's currently on a tour promoting his just-published memoir, "The Riot Within: My Journey From Rebellion to Redemption." <em>Caption by Associated Press. On April 13, 2012, Rodney King poses for a portrait in Los Angeles. (AP Photo/Matt Sayles)</em>
AP