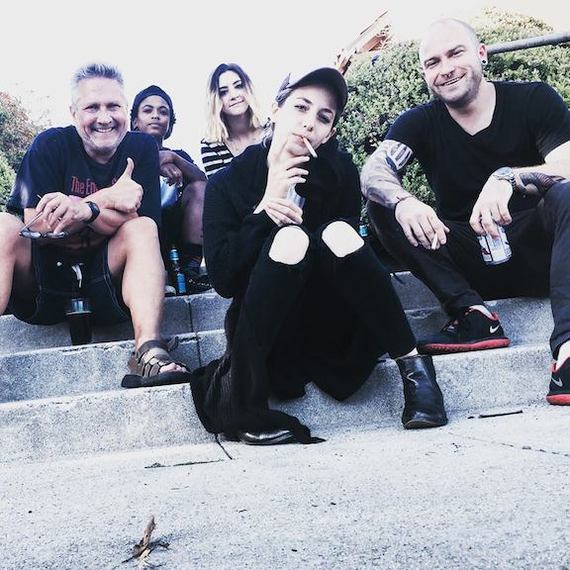 Okay, June's here, enough of this cooler than normal Spring, hello, it's LA, can we get with the program!

On the weekend, I hung out with some peeps, my "kidz" and neighbors, and with their pals, sipping any number of different beers (Guinness, Horchata flavored ale, and the best of the el cheapo beers, Pabst). There were about eight of them, all twenty-somethings, and moi. We ended up doing an East-coast thing, hanging out on the front steps of our bungalow complex, a sort of stoop party while strumming guitar under the palm trees as our Los Feliz neighbors moseyed on by.

So there we were jammed onto the stoop, and each one of my younger pals had their smartphone with them. And each was using it, while we "quaffed and laffed," and chatted. The ubiquity of smartphone use couldn't have been better exemplified. They were constantly checking, texting, taking photos and sending Instagram uploads to each other -- sitting not one foot apart. Or they were showing all sorts of YouTube clips to each other.

Two of my "kidz" have been working with Meghan Camarena, a YouTube host who parlayed an appearance on The Amazing Race 22 into even wider Net exposure. Meghan describes the content on her Strawburry17 channel, which has close to a million subscribers, as "a nerdy assortment of goodies" -- a Martha Stewart for teens and young adults.

This exchange of smartphone content somehow led to talk about UFOs, and seemingly bonafide peeps discussing aliens like they were sitting on the stoop with us. 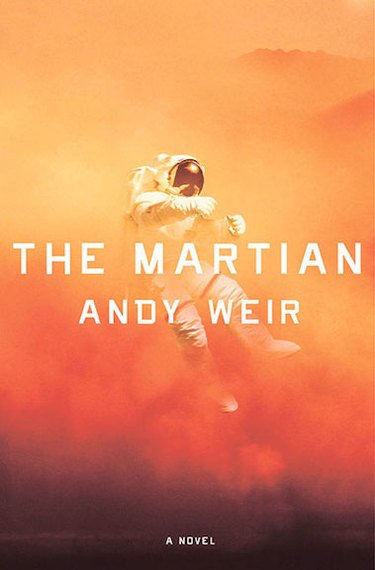 I've just finished reading a very compelling and highly recommended novel, The Martian by Andy Weir, which is not about little green monsters but about a NASA astronaut being left behind on Mars and how he copes in the most mind-boggling and difficult circumstances.

And then my "kidz" told the stories of two real NASA astronauts, Neil Armstrong, the first man to walk on the moon, and Buzz Aldrin. According to alleged leaked documents, two huge extraterrestrial spacecraft watched the Apollo 11 landing, and observed the Armstrong and Aldrin moon walks. Apparently, mission control was told: "I'm telling you there are other space-craft out there ... lined up on the far side of the crater edge! ... They're on the Moon watching us!"

Okay, true or false, I totally missed this story, did you?!

Then they spoke of Paul Hellyer, the former Canadian Minister of Defense, telling an audience at the University of Toronto: "The United States military are preparing weapons which could be used against the aliens, and they could get us into an intergalactic war without us ever having any warning..."

I would like to see what (alien) technology there might be that could eliminate the burning of fossil fuels...that could be a way to save our planet...We need to persuade governments to come clean on what they know. Some of us suspect they know quite a lot, and it might be enough to save our planet if applied quickly enough.

I mean, who knew?! Then my "stoop kidz" showed clips, some looking pretty hokey, but some looking very realistic if not quite definitive. Personally, I had only one puny "unidentified flying object" story to tell and it came seconds after the Northridge earthquake in 1994 when I was living up in a castle in Beachwood Canyon. A handful of us "kidz" back then, who were in shock from the tremor, looked up to the sky way above the Hollywood sign, and saw a bright object fly through the air and do a u-turn before flying back and then just disappearing. No it wasn't a regular plane or helicopter, it was just unidentified. 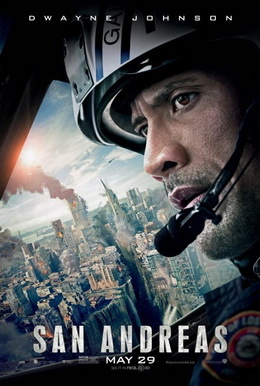 Anyway, as the beers were downed, talk changed to the earthquake disaster movie San Andreas, starring Dwayne Johnson and which rocked the BO last weekend with close to $55 million. So many of us here in LA have a pretty Zen like approach to quakes. When I recently interviewed San Andreas' co-star Carla Gugino, who lived in LA during that Northridge quake, she explained:

I was there and it was big, obviously not the big one like in San Andreas, but I had the same feeling as many long-time residents have, which is kind of laid back. The point is we cannot control Mother Nature. She's the Boss. And so you can be worried about it or you can just make sure you're as prepared as possible. And then kind of forget about it, otherwise you'd be terrified every day living in LA! 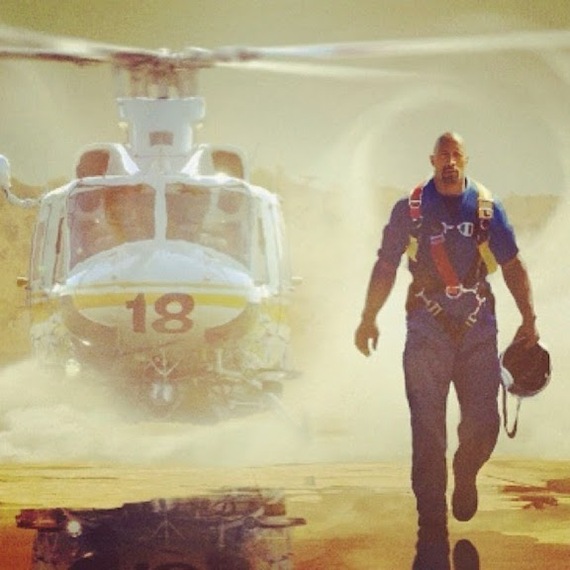 And just in case some "aliens" are watching and thinking of taking over, well, tell them we're sending The Rock who's going to "check you directly into the smackdown hotel!"