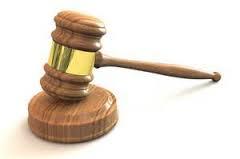 On March 12, 2016, Finney appealed to BESE regarding difficulties in having his public records requests filled by John White and alerted the board that he had decided to sue.

The following discourse represents the full contents of an email dated May 31, 2016, from Finney to all Louisiana Board of Elementary and Secondary Education (BESE) members and copied to White:

Greetings once again to members of the Board of Elementary and Secondary Education:

As you may recall, I sent you an email March 12 (attached below) describing the status of several pending record requests that I had placed with John White and the Department of Education. I also mentioned the existence of a lawsuit (Finney vs White, 6395333, attached). That lawsuit, which was filed May 22, 2015, was set for trial in late April.

However, on April 11, Mr. White's attorney requested and was granted a continuance, presumably to become better prepared for trial and to resolve a scheduling conflict with the Department's sole witness. Rather than prepare for trial, however, it seems that Mr. White instead instructed his attorney to file two lawsuits against me which appear to be groundless, unnecessary, and against the public interest. Meanwhile, Mr. White and his staff have made no effort to address the 35 pending requests which are subject of my lawsuit.

The first new lawsuit (White vs Finney, 647827, attached) addresses five requests I made in fall 2015, five that I made in February of this year, and one that I made in March. In the lawsuit, Mr. White apparently is asking the judge to create special conditions on Louisiana's public records law. It seems that, for whatever reason, Mr. White is bending over backward to make sure the public has no idea what statistical distributions LEAP, iLEAP, or EOC test scores follow. Are they symmetric? Skewed? Bimodal? Uniform? Nor does he, it seems, wish the public to have any means of verifying that School or District Performance Scores have been fairly and accurately calculated.

The second new lawsuit (White vs Deshotels et al, 647953, attached) attempts to reverse favorable judgments Mr. Deshotels received in two prior lawsuits, and apply that reversal (which seems unlikely given that the 19th JDC is not an appellate court) to a subsequent request by Mr. Deshotels and also to one of my requests. He seeks to use Mr. Deshotels and I as pawns, and cost us additional time and money, to establish a data-suppression policy that was already soundly rejected at court.

I have repeatedly requested meetings with Mr. White and/or his staff to work out arrangements that allow the public to have access to important public records without compromising student privacy nor causing the Department undue burden. I have consistently been rebuffed. And now we're tangled in litigation in three different divisions of the local district court.

Most of my requests to date, and all that are subject to litigation thus far, could be collected into the following six categories. I trust you would consider these all to be important and of potential public interest:

I urge you as a body to ask Mr. White to defend his position regarding data secrecy, and his preference for litigation over useful dialogue. Is the department in service to the public, or to test-creators, charter networks and private schools? Have the school grades and Value-Added measures been calculated fairly? How will we ever know? Is Southern politeness more important than democracy? Is it appropriate to sue citizens rather than responding properly to public record requests? Please ponder those questions carefully, and provide the appropriate guidance to the Superintendent who is employed at your pleasure.

White is working hard to hide what he is doing to Louisiana public education.

Suing private citizens over public record requests is a new low for an already sorry excuse of a state superintendent. However, it seems that with White, no low is too low.