La Toya Jackson knows you think her family is crazy. But that's just one misconception she's trying to clear up in her new reality series on OWN, "Life with La Toya." In the show, we see the middle Jackson child take on dating, adoption and navigating life as a youthful-seeming 56-year-old woman -- not as the older sister of the late Michael Jackson. That's not to say she doesn't acknowledge some of the more absurd drama to have emerged from her famous family. The first episode, which premiered last Saturday to a respectable 1.5 million viewers, addressed her mother Katherine Jackson's mysterious disappearance last fall and La Toya's reluctance to attend a memorial for her brother. In advance of Episode 2, airing tomorrow at 10:30/9:30c., we talked to La Toya about her dating life, Prince Jackson and why she can't stop painting her toenails in rainbows.

We're sure you've been offered a number of television gigs in the past. Why do a reality show now?
Everybody in the media, they get everything wrong when it comes to the Jacksons, all these different misconceptions of our family and who we are and what we do. We’re constantly looking at things on television and going “That’s not true” and the world starts believing it. And then it snowballs and [there are] made-up stories and a lot of times there are a lot of lies. So I decided, let me go for it, let me do my show and show them who we are, who I am, and then let them judge from that point onward.

Another reason is that I wrote a book called “Starting Over.” The book [was about] a very abusive relationship as far as my marriage [to Jack Gordon] was concerned. He was my manager and then he took me and married me. I got with him because my mother couldn’t go to Japan with me, and my father couldn’t go, so they sent him. The moment I get to Japan he took my passport and said you’re never going back. From that point on he controlled me and abused me, he would lock me in closets and beat me. This went on for a number of years. And I finally escaped -- I never thought I would. And when I did, women walk up to me all the time and say, “How did you manage to escape?” What I want them to know is that it doesn’t matter what you go through in life. When you find yourself and you re-own yourself you can always start over, no matter what. That’s what “Life with La Toya” is. It’s an extension of starting over.

What’s the biggest misconception out there about your family that you'd like to clear up for the public?
You hear all the time that they’re strange, they’re odd, they’re crazy, they’re weird. And all these different things. We’re just like anybody else. We’re not any of those things. And I think when you see “Life with La Toya,” people are beginning to get it. They say, “Oh geez, they’re just like we are. They like to have fun and enjoy life.” We’re just fun people.

The show says that it'll be following you as you go through dating. Do you think it's difficult to find people to date because they're intimidated by you?
I try not to look at that. When I started, [it was a] blind date on his part, and of course I saw his picture. He was surprised, he was really shocked. “Oh my god, I never thought I’d be dating La Toya.” You do think about it, you do wonder whether they like you because you’re La Toya Jackson, or because of your heart.

Michael Jackson's kids appear on your show, and they've been making news recently as they embark on their own careers -- specifically, Prince Jackson, who's an "ET" special correspondent now. What do you think of this?
Prince is 16 years-old, so he knows what he wants to do. He knows what he wants. They’re getting older and they do what they want as far as that’s concerned. He knows what his father wanted him to do. They were very strong and involved in directing, and that’s what he wants. His father was telling him, “This is what you should be doing at this age” and he’s past that age and he’s like, “I’m not even doing what Dad wants, Dad really wanted me out there.“ It’s hard for a lot of people to believe, but yes, of course, Michael was thinking that way with his kids. You have to remember, Michael was a professional at 5-years-old.

What did Michael want his kids to do?
They were learning to direct. They were taking classes, Prince, because that’s where his heart was. He was studying different people’s methods of directing. That’s what he wanted more than anything else and that’s what his dad was working on with him and said, “I want you to direct this and to do this and this at this age.” That’s what he’s aiming toward. He wants to follow what his father wanted for him.

What’s on your DVR right now?
Can I walk over to it and look? [beat] Actually, it’s “Argo.”

What’s the weirdest thing you've ever read about yourself?
That I was Michael. That went on for a long time. They refused to believe I wasn’t.

What's one thing you do when you're alone that you wouldn't do in front of someone else?
I like to paint my nails totally different colors, each nail. I wouldn’t do that in front of anyone, I just wouldn’t. It’s weird. Different colors, like one blue, one orange, one pink, one purple. It comes off immediately.

If you could ask Kim Kardashian any question, what would it be?
I don’t know. I really don’t know. Because Kim used to date my nephew. And her sister used to date my other nephew, his brother. And Khloe was my brother Jackie’s secretary. I’m not tight with them, but Kourtney used to come to all the family days.

What happens in your recurring dream?
I never fall off the cliff. I always wake up before I fall. Before I hit the ground at least.

What New Year's resolution can you never keep?
As everybody knows, it’s the weight thing. We all start off with the weight, and I always say, “Okay, I’m going to eat really healthy.” And I just never keep it. “I’m going to lose this amount of pounds in a month.” I never keep it.

If you were on death row, what would your last meal be?
Caviar.

How did you get on death row?
I like this game. Let me just think of something. I probably just tried to capture Satan and kill him. [Moments later]. I’m thinking about that death row question. I didn’t really give you an answer, I couldn’t think of anything. How’d I get on death row? I think I was accused of doing something I didn’t do. 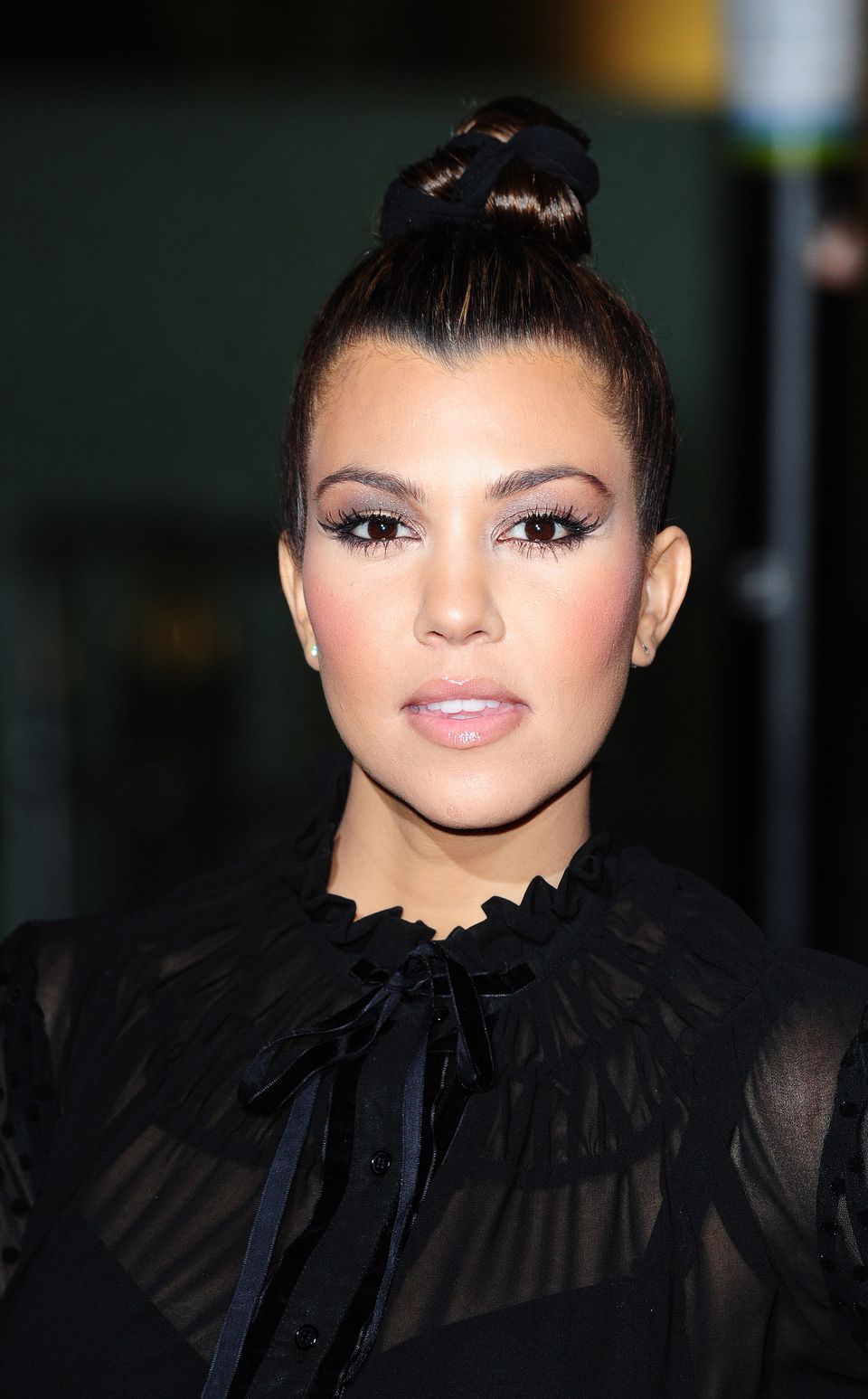