Quick! Who has inspired, unified and mobilized Latino voters with the greatest historical impact? Nope, not brilliant strategists in DC. No, not any new-fangled technology to reach voters more efficiently. It's not even the tireless work of indefatigable canvassers.

It's La Venganza! The payback. Instant Karma. Hey Donald Trump, oh, it's on ...

To quote teen singer, songwriter, rapper, actress and proud Latina/Mexican Becky G, "I'm just here to let you know, If you don't know, now you know, We are Mexico [Latino]." And we are motivated! 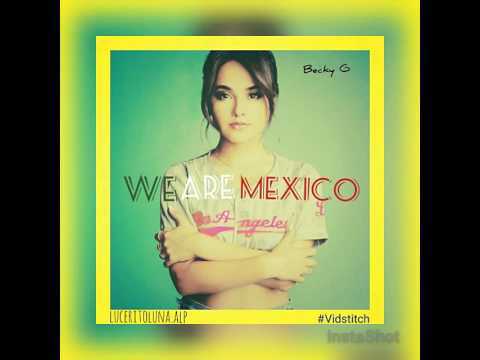 Motivated from the jump when Trump announced his presidency by slamming Mexicans as rapists, drug dealers and murderers and kept the hate train going over the past year and a half by going after Latino immigrants, Dreamers, Mexican judges, and Ms. Venezuela. Better be careful when you poke a bear, especially BIG BEAR that represents more than 27 million potential voters.

And the bear is growling ...

After early voting closed in five key states -- Arizona, Colorado, Florida, North Carolina, Texas and Nevada -- the Latino vote increased by between 50-100 percent. Going forward, it won't get any easier because nearly one in four of the early voters were first-time voters with long memories. As an example, remember Pete Wilson, the Governor of California who ran and won the election with the platform of Prop 187 -- a measure to deny public services such as health care and education to undocumenteds -- which passed but then was thrown out by the courts? Latino voters in the Golden State took it personally and never forgot. La Venganza!

According to Pew Hispanic, 4 million additional Latinos have become eligible to vote since 2012 while the White vote has gone from 88 percent of the electorate in 1980 to 72 percent in 2012 and is expected to dip into the high 60s in 2016. So, what is Donald Trump's brilliant strategy? Double down on White males! The Donald's math just didn't add up to offset the insurmountable electorate he alienated with his repugnant rhetoric -- women, African Americans, Latinos, immigrants, Muslims, the disabled, and so many others.

It was decided during an "autopsy" by the RNC after the last presidential election when Mitt Romney supporters felt confident but ended up losing against Barack Obama in 2012 that the White House would be increasingly more elusive without a bigger share of the Latino vote. This is not a new idea.

But it isn't just the Trump phenomenon that caused the schism with Latinos. Remember when neither Speakers John Boehner or Paul Ryan had the huevos to bring immigration reform to a vote in the House of Representatives over the past eight years? That should have been the first step. And now there's Trump and his damage will be like cleaning up a massive oil spill, it will be a long, dark process with lots of collateral damage. In the short term, projections have between 75 to 85 percent of the Latino vote supporting Hillary Clinton or, let's face it, voting against Trump. The largest gap in history.

So, stay tuned tonight to the greatest Reality Show there is with a tremendous build up over the past two years. The show is filled with drama with a lot at stake. It stars millions of characters, feckless opponents, and starring a colorful, tyrannical villain with Kool-Aid drinking disciples. And here's the best part, it has a revenge-filled, climatic ending tonight. It's called La Venganza! Check your local listings.