The brain organoid, if licensed for commercial lab use, could help speed research for neurological diseases and disorders, like Alzheimer's and autism, Rene Anand, an Ohio State professor who worked on the project, said in a statement Tuesday.

"We will have [a] more precise prediction of efficacy of therapy and possible side effects before we do clinical trials," Anand told The Huffington Post via email, explaining how his model is a more ethical alternative to trials that use rodent specimens. Anand said reducing the use of animals improves research as they're "not as likely to predict clinical outcomes as human brain models."

The brain, engineered from adult human skin cells and grown in a dish for 15 weeks, is about the size of a pencil eraser, according to the university. It has the maturity of a 5-week-old fetal brain, and contains 99 percent of the genes in a fully developed human fetal brain.

Anand acknowledged in the university's statement that "other groups are attempting to do this as well."

In 2013, scientists at the Institute of Molecular Biotechnology of the Austrian Academy of Sciences revealed a lab-grown brain that had the same level of development as that in a 9-week-old fetus and was incapable of thought, according to the BBC.

Anand told HuffPost that unlike the Austrian minibrain organoid that only contained specific aspects of the brain, his model has everything except a vascular system: a spinal cord, cortex, midbrain, brain stem, multiple cell types, circuitry and even a retina.

Speaking to The Guardian, Anand said ethical issues weren't a concern. “We don’t have any sensory stimuli entering the brain. This brain is not thinking in any way.”

Other researchers in the field were skeptical. Anand's claims haven't been reviewed by peers. Instead, the feat was announced at the 2015 Military Health System Research Symposium in Fort Lauderdale, Florida. (Anand's team says the brain could have military research implications for traumatic brain injury and post-traumatic stress disorder).

“When someone makes such an extraordinary claim as this, you have to be cautious until they are willing to reveal their data," Zameel Cader, a consultant neurologist at the John Radcliffe Hospital, Oxford, told The Guardian.

Earlier this year, Anand and colleague Susan McKay created an Ohio-based startup with the goal of commercializing the brain organoid platform. As The Guardian notes, Anand has not published details of his brain model due to a pending patent.

Anand did not elaborate to HuffPost how much a brain model might cost if it becomes available for sale, but noted, "We are sure [research] will cost a lot less [with these models], because clinical trials in humans are very, very expensive and difficult to coordinate."

This story has been updated with additional comments from Dr. Rene Anand. 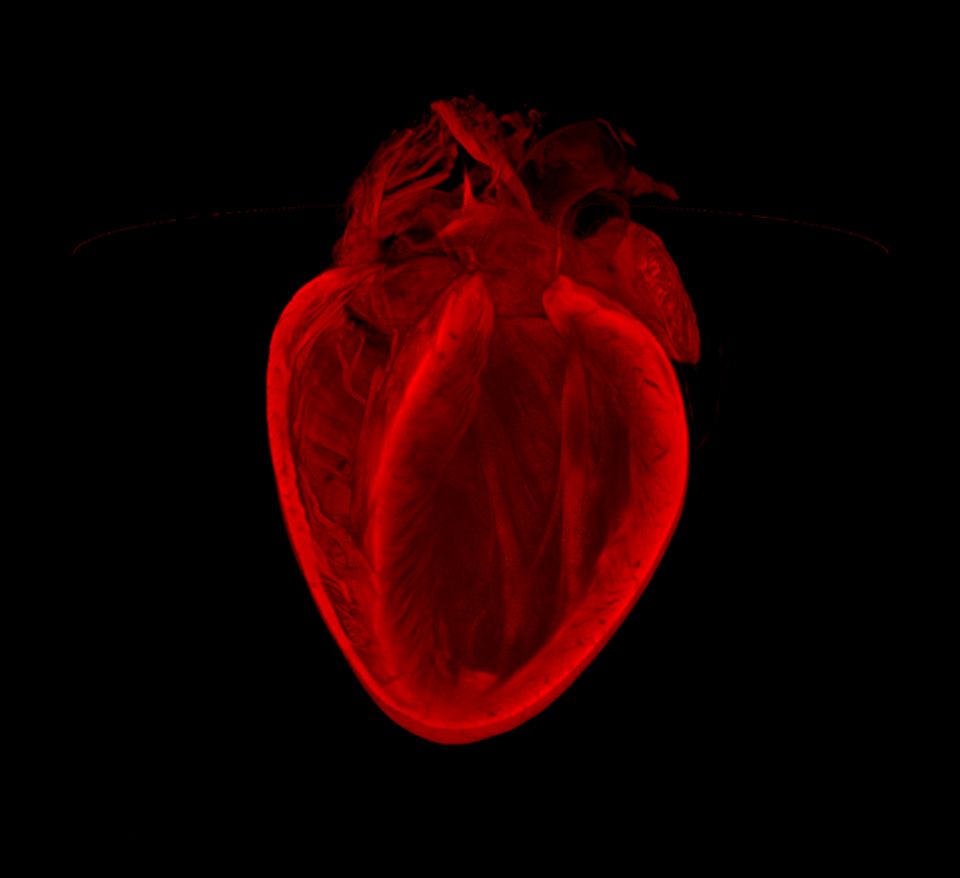 1 / 5
Gillian Gray, The Broken Heart: Image Of The Year
This image reveals the remarkable 3D structure of an adult mouse heart. The optical projection tomography (OPT) technique used here is being developed to allow us to better measure the extent of injury after heart attack, and to assess repair.
British Heart Foundation/ Dr Gillian Gray, Megan Swim and Harris Morrison, University of Edinburgh