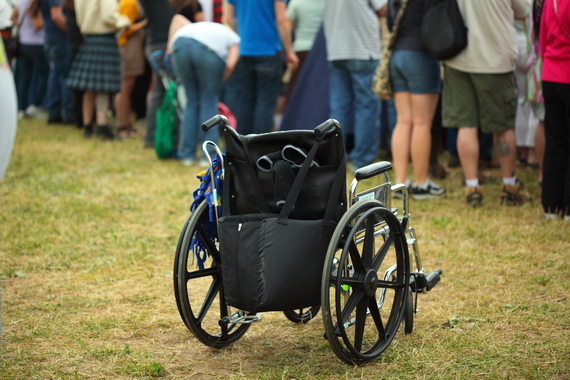 As we celebrate Labor Day this weekend, we must keep in mind the number of Americans that only see the holiday as another reminder of their unemployment.

The Bureau of Labor Statistics reported last year that 82.9 percent of Americans with disabilities did not have a full-time job, including nearly 3 million disabled veterans.

While we made immense progress from the days where discriminations against Americans with disabilities was legal, not enough has been done to help these hardworking men and women take care of their families.

To achieve the American Dream, we need to set up our children for success regardless of their physical or learning abilities. Equal opportunity and equal access in the workforce is critical to lift up the next generation.

One major reason the federal government has not successfully addressed this endemic unemployment is the fact that there is too much money in politics.

Nurse home industry has spent millions of dollars to influence our elections and lobby Congress against disability rights bills. Their main lobbying group, the American Health Care Association, spent over $1.4 million on last year's election and another $3.6 million in lobbying.

They have killed bills that would allow disabled Americans to opt out of very expensive nursing homes - costs they often can't afford. To them, undermining the rights of 55 million Americans is a more acceptable cost than a potential cut to their bottom line.

What is worse is that supporters of disability discrimination can anonymously spend money to further their agenda through "secret money" groups who don't have to disclose where the money came from. Without any measure to require greater transparency from the federal government, it is highly possible that some of this secret money comes from our own tax dollars. In the current system, we have no way of knowing if federal contractors have contributed to secret money groups that have opposed new disability rights legislation.

We could solve this transparency problem tomorrow. The president could sign an executive order that would require federal contractors to disclose every penny they spend in our elections. We deserve to know if the companies receiving our tax dollars are secretly or tacitly supporting groups that oppose the rights of 55 million disabled Americans.

No longer is a person restricted from using public transportation to get to the office, using the voting booth on Election Day, or picking up groceries for their family because of a disability.

No longer is a child systematically excluded from our public schools because the school didn't have a special education class for them to learn in.

No longer is a disability a barrier to success in America. But it's still too large of a stumbling block.

Too many employers wrongly and ignorantly see employees with disabilities as incompetent or expensive. Nothing could be further from the truth.

Some of the most successful Americans have had disabilities. Dyslexia did not stop Bill Gates from launching Microsoft and being one of the wealthiest people in the world. Blindness did not stop Stevie Wonder and Ray Charles from Grammy-winning music careers, or stop Helen Keller from being the first deaf and blind college graduate. ALS didn't stop Stephen Hawking's physics career.

We have several of members of Congress like Representatives Jim Langevin and Tammy Duckworth and former Senator Max Cleland who have all served our country with disabilities. And let's not forget about one of our most successful presidents: Franklin Delano Roosevelt. President Roosevelt led the nation out of the Great Depression and to victory in WWII from his wheelchair.

We have plenty of additional steps to take to make sure the voices of everyday voters are not drowned out by special interests, but what's important is that - with Obama's help - we're moving in the right direction.

Jim Dickson is the former Vice President for the American Association for People with Disabilities and was a leading advocate for the campaign to put a statue of FDR in a wheelchair in the Roosevelt Memorial on the National Mall.