The following was first published on Kevin's blog, MyMediDiary.

This weekend, we're celebrating the end of summer -- the bookend to Memorial Day and a great Monday to have off. Labor Day was created to supposedly honor the American worker but was passed in record time in 1887 by a Congress and president with a guilty-conscience. 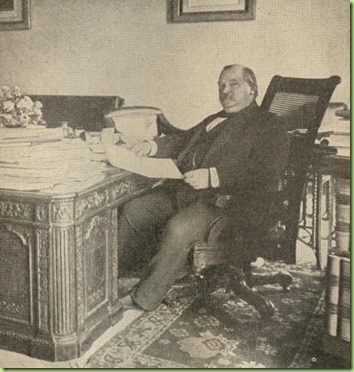 It began with a broken promise -- probably one that shouldn't have been made. But it was made -- and believed to be made for all the right reasons on one side and the more logical reason on the other side -- the reason of profit. 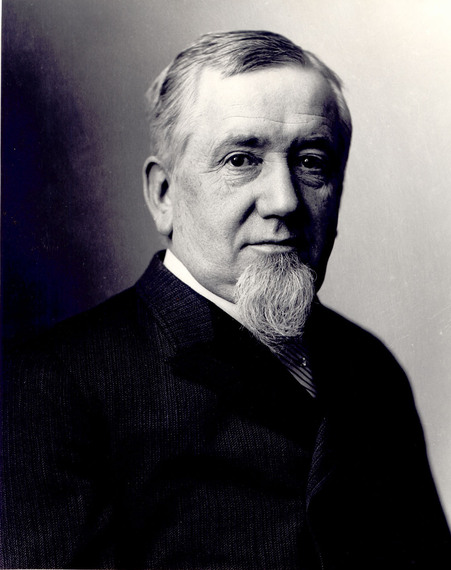 George Pullman, like any great American businessman, found his niche. He grew up near the Erie Canal and witnessed the importance of creating luxury transportation and adapted it to the newborn railroad system. 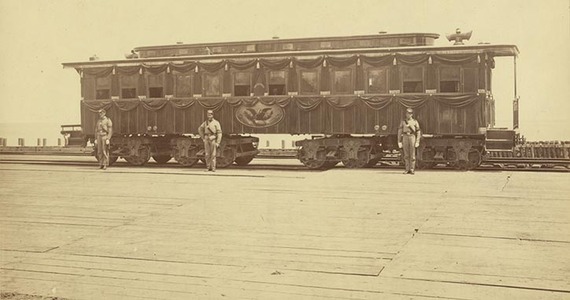 After transporting Lincoln's body through 180 cities and seven states demand for Pullman's cars grew, in spite of the cost being five times traditional railroad transportation. (Interestingly, not only did Lincoln's macabre road-tour change rail-travel it also perfected funeral science as experts rushed to preserve Abe's remains.) Pullman was a practical engineer who adapted Chicago's sewer system in spite of its bogs and moved a six-story hotel with guests onboard. So it was only natural that with his head for infrastructure that he design a city for his workers -- not out of altruistic reasons, just out of common sense; happy workers were better workers.

"That such advantages and surroundings made better workmen by removing from them the feeling of discontent and desire for change which so generally characterize the American workman; thus protecting the employer from loss of time and money consequent upon intemperance, labor strikes, and dissatisfaction which generally result from poverty and uncongenial home surroundings." (Illinois Labor History Society) 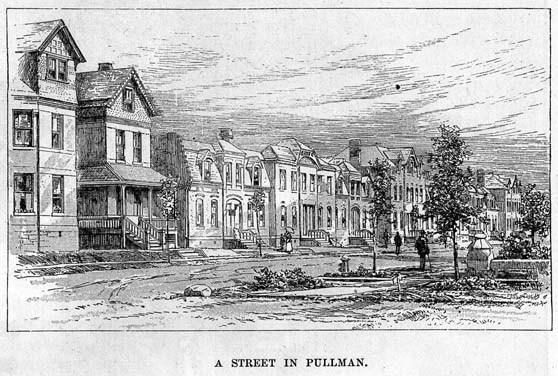 Build beautiful homes with nice yards, get rid of the bars, charities and any denominations for his churches that wouldn't pay rent and you've got a happy worker, right? Well, if the wages are good enough it is probably right. Under-cover, he purchased thousands of acres south of Chicago and fabricated a community that was the dream of a corporate leader who wanted his workers who built and served on his railroad cars to have a home.

The quality of company owned and maintained housing was uncommonly good for worker housing. It was Pullman's philosophy that happy workers would make more productive workers. (Pullman State Historical District)

It was a public-relations coup for Pullman. Who wouldn't want to live in his fantasy land? He also became a favorite of early civil-rights leaders -- also for ulterior motives. Pullman's company became the largest employer of African-Americans in the country.

His porters were well-paid and provided outstanding customer service to his customers who needed to feel like their quintuple rates were worth it. Again, this policy was not out of any benevolence, it was just good business sense. Pullman knew that the freed slaves who served in southern plantations had a perfect skill-set needed for his business -- and the same people that don't mind paying extra for tickets appreciated the extra-attention -- similar to luxury boxes at a Giants game.

Henry Ford and Walt Disney: Pay the workers what they're worth -- to their bottom-line.

Pullman's idea to pay people for what they're worth was echoed by two other legendary entrepreneurs. Henry Ford knew the value of a good worker. One hundred years ago this past January, the unheard of wage of $5 per day was offered to workers. The next day, 10,000 hopeful employees stood on his doormat. 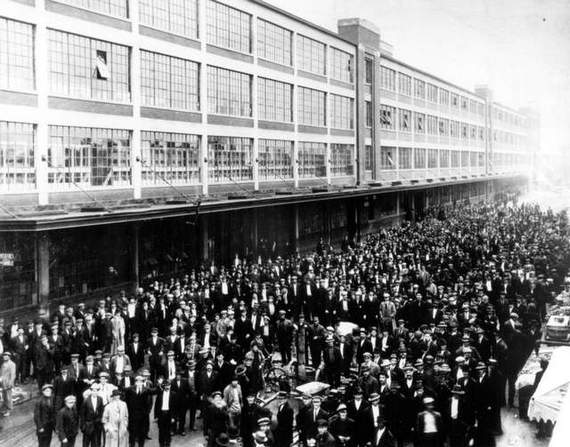 That $5 Day roughly doubled what Ford and other industrialists had been paying their workers. Although it astonished and angered his peers, Ford calculated -- correctly as it turned out -- that paying so much would allow his workers to buy their own Ford cars, and reduce what had been a costly level of turnover in the company's factories. It would create a loyal workforce that would boost productivity and profits to new heights.

The new wage rate set off seismic shifts in American society. A tidal influx of job candidates from the South and around the world flowed into Detroit. Factory jobs became prized, helping turn America into the world's industrial colossus. Detroit and America were never the same. (link)

Like Pullman, there was no ideal of helping the working man. It was, to quote Sonny Corleone, strictly business. 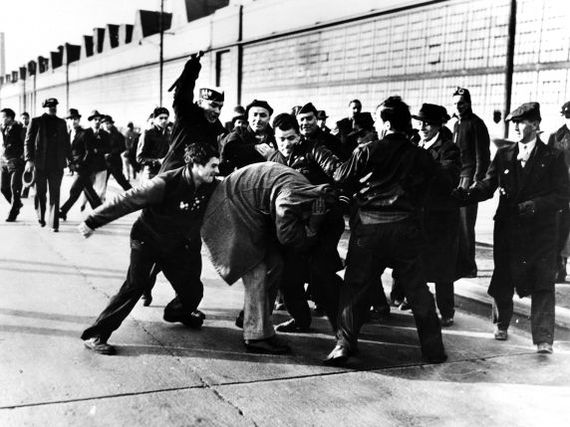 A "scab" is beaten outside Ford's Rouge Plant.

So in the April 1941 wildcat workers strike at Ford's Rouge Plant, you can imagine his surprise at his flock carrying pickets linking their boss to Adolf Hitler. The UAW had already signed contracts with GM and Chrysler but Ford refused. After Ford eight union workers were fired a ten day standoff began -- at the end Henry's wife Clara urged her husband to bend.

The immense success of Snow White and the Seven Dwarfs was a turning point for Walt Disney. He bet everything on the revolutionary idea of a feature-length color animated film. Part of his bet included withholding wages from his previously well-paid animators. Prior to the blockbuster and Oscar-night, they received a percentage of the film's profits. They also received overtime. But the bank account was growing thin as they approached completion and promises were made instead. If the film did well, the animators would reap the rewards. 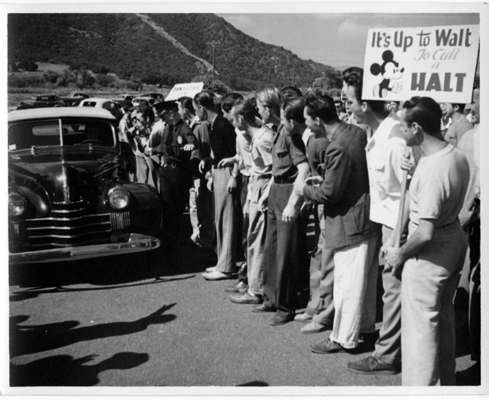 Unfortunately for the workers, the profits were poured into a new studio and Bambi, Pinocchio and Fantasia followed -- none achieved near the success of Snow White. So the budgets were trimmed again and in 1941 the animators went on strike, the same year as the Rouge Plant. Walt was personally offended that his "children" would prove so unfaithful.

A year earlier, in a classic moment in Citizen Kane (starting at 2:10 below), Jed Leland (Joseph Cotten) visits the election headquarters the night that his childhood friend, Charles Foster Kane, is soundly defeated after the newspapers ran a story about his scandalous romance with a "singer."

Jed calls Charlie on the hypocrisy of his King Lear-like shock that ingratitude should occur from the "precious working class" that the multi-millionaire was counting to love him into office. 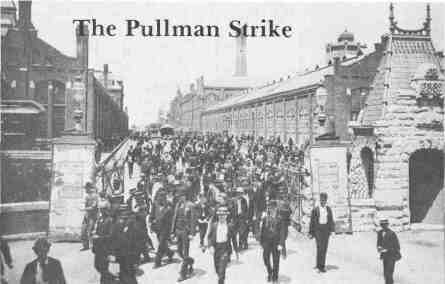 George Pullman's profits were down and he decided to cut wages and extend workdays to make ends meet. Everyone understands cutting back, tightening one's belt, trimming the fat, etc. Unfortunately, Pullman's city needed to make money, too. So his rent wasn't lowered and the goods from his stores weren't reduced in price. The workers were as shocked as Henry Ford and Walt Disney, the family had turned into, well, the Corleone Family.

A strike ensued and support from the public and media was non-existent. Drastic measures were called upon by organizer Eugene Debs and President Cleveland decided to send in the military against the Illinois governor's wishes, to stop a series of national attempts by workers and their sympathizers to interfere with transportation. Protecting the U.S. Mail routes fell under Cleveland's jurisdiction and he called in the army. After 80 were workers and sympathizers were killed in conflicts over railroad sabotage the strike ended and Debs was imprisoned. Six days after it was over Labor Day was created and an investigation followed into the city of Pullman that required the company to no longer rule the town and it was divested and became part of Chicago. 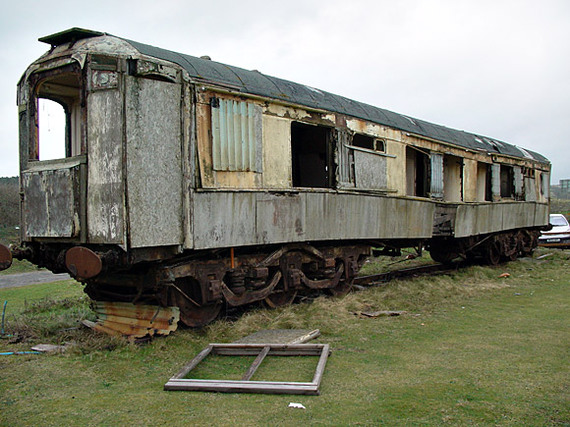 So in the "Nothing New Under the Sun" category we face ethical debates, and a little misconception, over workers' "rights." Teachers in Michigan have come under fire for their time off in the summer, their pensions, their salaries and their healthy health care -- but especially, their unions. As a crisis representative who sat in many living rooms I heard, "Why should you get such great benefits, my husband had his taken away. It's only fair." 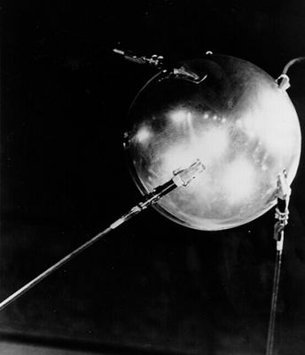 One basketball-sized satellite and teachers get a union.

My only answer to those parents was that none of those "benefits" were doled out generously by the city and state; nobody creates a union because they want to. The pay, the pension and benefits were all negotiated with great pain and suffering on both sides in order to, like Pullman, Ford and Disney, attract and retain the best employees -- especially in the space-race of the 1960s when the general assumption was that if we didn't improve our schools, we would all be speaking Russian by 2014.

Now that Michigan has reduced or removed these "teacher luxury perks" with over 40 anti-labor laws, the number of qualified candidates has significantly dropped -- ironically, right when Russia is starting to look like the bear that terrified me on the nightly news of my childhood.

This Monday, former venture capitalist and current governor Rick Snyder, in the midst of a re-election campaign, will walk across the Mackinac Bridge -- a Labor Day tradition that perhaps signifies some type of unification. But he is the same man who signed into law the Right-to-Work act when he said he wouldn't and cut money to schools while giving his fellow entrepreneurs large tax cuts.

While you're grilling, watching a parade or remembering telethons of the past, remember the 80 dead during following George Pullmen's decision to not lower his rent. He abandoned his "happy worker is a good worker" plan, ignoring Henry Ford's recipe...

Labor Day wasn't created because it was the right thing to do -- it was strictly a PR move. 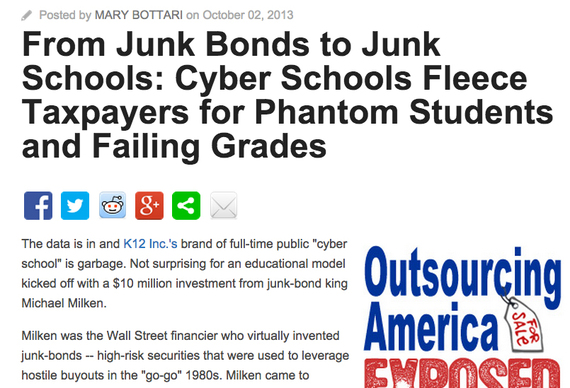 And today as Walgreens and Burger King contemplate tax loopholes, as Michael Milken's K12 Inc's cyber-schools funnel public tax dollars directly to his pocket and Wal-Mart provides Christmas collection baskets to help its needy workers, the country seems to be once again skipping Step #3 of Ford's formula, directly affecting Step #1 -- whether the mediocre-quality goods are cars, cartoons or careers.