We hear two views about the high-tech work force.

On one hand, employers warn of a dire labor shortage. On the other, recent high-tech graduates can't find jobs. Many face crushing student loans that they may never pay off. Mid-career high-tech workers are steadily being let go. Discouraged mid-career workers take lower-paid service jobs after months of searching for a job as good as the one they lost.

Employers get plenty of applications, but they can't find "qualified workers." Peter Cappelli, at the Wharton School studied this situation. He finds that employers are hiring more selectively, looking for the ideal match. It's not enough to be able to do the job. Employers want someone already doing that exact job.

I am reminded of one employer, desperate for an engineer with several years of experience with 2.2 GHz antennas. All the employer could find were applicants with experience at 1.9 GHz.

At an aerospace conference in Tacoma, a local employer was very upset about the mismatch between skills of applicants and jobs. At that moment, he said earnestly, 3,726,000 jobs were open around the country, due to mismatched skills in the labor market.

I pulled out my laptop, and found his statistic on the Bureau of Labor Statistics web site. It was the total number of open jobs in the country that month. This employer was arguing that all job openings in the country were going unfilled because workers lacked the skills to perform the work!

A Microsoft human resources manager told me that their percentage acceptance rate for job offers is in low 90's. That means Microsoft could fill more openings by making more offers.

Another measure Microsoft uses for high-tech labor shortage is that unemployment for engineers is low, compared to the country as a whole.

Putting that statistic into context, we come to the opposite conclusion. 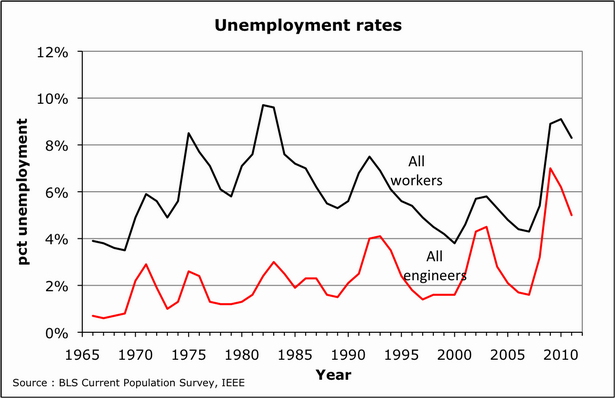 Figure 1. High-tech Unemployment is trending upward, toward rates for all workers.

Historically, engineering was relatively recession-proof, with unemployment running at a small fraction of unemployment overall. Not so much, anymore. Unemployment for engineering is still much worse than pre-recession levels.

Economists argue that a chronic labor shortage is technically not possible. The problem is not a shortage of workers; rather, employers are offering too little.

That's something else we can check. Are salaries going up? Not really. Engineering salaries, college enrollment and employment have been very stable -- inching up slowly -- for many years. 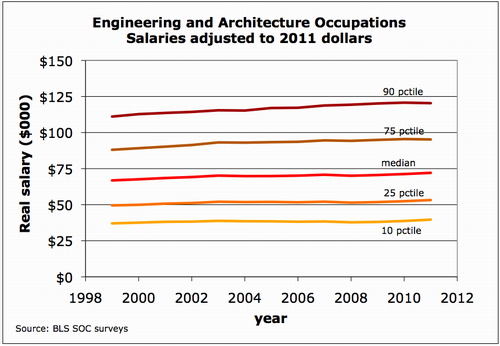 Figure 2. High tech salaries are inching up at a tiny rate.

During the Tech Boom in 1999, we did see a real labor shortage. Employers offered signing bonuses, job applicants could negotiate, having multiple offers of employment, and workplace perks were profiled in glowing newspaper accounts. Nothing remotely like that is happening, now.

It's worth noting that Microsoft is currently campaigning to flood the high-tech labor market by dramatically opening our immigration system to foreign high-tech workers. Microsoft's talking points align with their policy demands for more foreign workers. However, labor market statistics and graduation rates say we have plenty of workers, a conclusion backed up by the life experience of thousands of unemployed and underemployed domestic workers.

We can duel over statistics, but a deeper issue is working here.

The IT industry is notorious for discarding older workers, and replacing them with younger workers who are lower on the pay scale. In 1996, Intel's chief operating officer, Craig Barrett, told his stockholders, "The half-life of an engineer ... is only a few years."

In the July 6, 2012 Wall Street Journal, 3G Studios CEO James Kosta said, "Engineers were outliving their usefulness from one project to another. When projects end, it's better to re-evaluate your entire staff and almost just hire anew."

This approach may have a certain logic in the motion picture business. However, it sounds harsh when you hear it from the NASA mission commander for the Mars lander, who guided his spacecraft to a successful landing, and is now looking for work.

Years ago, employers used a different workforce strategy, based on long-term careers rather than short-term jobs. New hires needed basic skills. Once in the workplace, they would develop expertise through on-the-job training, knowledge transfer, and experience. In that view, the best job training is a job.

A retired general told me that the military also needs experienced specialists. He was often asked if he could get enough eight-year Master Sergeants? He said he could get all he wanted! It takes eight years.

Microsoft and countless other employers are making a conscious business decision to commoditize work, and turn to the labor market to satisfy their precise demand, just-in-time.

But if, as a result, they have a "problem" with labor shortage, it's a problem of their own making.