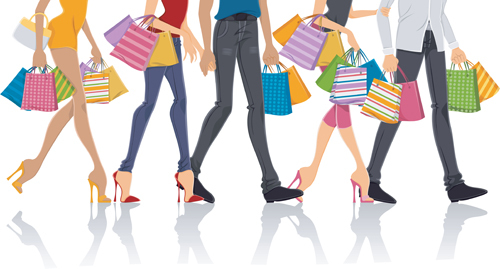 It's flu season and the lack of available vaccines is raising concerns, especially among the elderly and those people in the category of "high risk." Influenza is not joke, but there is another bug flitting around that is just as insidious to our well being.

Affluenza -- the term grabs my attention as soon as I hear it. Like influenza, it is a sickness that spreads unabated. Affluenza causes an over inflated sense of entitlement, a de-sensitizing to small material pleasures, a diminished perception of gratitude, a mistaken notion that the bearer will always be similarly "afflicted," and an inability to be sated.

Paradoxically, the more we acquire, the emptier we feel.

Affluenza is simply defined as the sickness of having too much -- of acquiring possessions as an end in itself without the ability and time to enjoy, experience and appreciate each and every one.

Who is at risk? All of us, but most specifically those with increasing incomes. (The economy periodically self-corrects and wipes out a few "sufferers.")

Is it genetic? Those who have affluence would certainly like the root cause (increasing disposable income) to be.

Is it environmentally transmitted? Those who don't have affluenza would like the root cause (increasing disposable income) to be. The "have-nots" would like to catch a little of the wealth of the "haves." Think of it: ski resorts, pricey restaurants, and densely packed cruise ships would be the perfect hang-out for the wanna-be's who yearn to become infected.

We need to see our world differently -- to reawaken to the blessings in our lives that are already in place.

Is slapping that credit card down, signing the receipt and tottering off with our purchases a balm for our itchiness and a salve for our restlessness? How many favorite bathing suits can we have at one time? How many favorite watches? Running shoes? CDs?

Rachel Naomi Remen, in her book, My Grandfather's Blessings, tells of the little six-year-old Kenny, who had two Hot Wheels cars. His parents lived richly textured lives, but were monetarily poor. When major gas companies began a hot wheels give-away program, Rachel devised a way with her co-workers to collect every Hot Wheels car ever made. A month later, she triumphantly handed Kenny all the cars she had collected, assembled in a big box. Shortly thereafter, she visited the family and she saw that though the little cars filled every windowsill in the living room, Kenny had stopped playing with them.

Concerned, she asked him why. In a quivering voice, he said, "I don't know how to love this many cars, Rachel."

I had a similar experience: Years ago, I bought four identical mini coffee mugs -- each holding about 4 ounces of coffee. They were very unusual, comfortable to hold and carry. They quickly became my mug of choice. One I dropped on the garage floor and it shattered into many pieces. One split in half in the dishwasher. When I was down to two, I went to replenish my supply at the coffee emporium that carried them. To my dismay, they were no longer being produced. I stated to treat the remaining two mugs with a lot more care and reverence than I had when I thought the supply was inexhaustible.

Perhaps hosting a couple of garage sales, packing up a few bags for charity, and paring down our possessions so we know what we have and are capable of loving what we've got left makes sense. Perhaps that is the most effective immunization against affluenza after all.

It's a good lesson to keep in mind as Labor Day weekend approaches and sales abound and beckon with such disarmingly flagrant allure.