“Is it time for us to ditch the word ‘bitch’ or should we all just stop bitching about it?"

So begins Laci Green in a new video for her MTV YouTube series "Braless." Green dives into the controversial debate about the word "bitch" and whether it can be used to empower women or if it's just sexist.

From Jay Z’s song “99 Problems” to Meredith Brooks’ feminist anthem “Bitch” and its most recent incarnation in Rihanna's "Bitch Better Have My Money," "bitch" is tossed around casually in top 40 hits and indie darlings alike.

Even when the intention is to use "bitch" in a light-hearted manner, Green points out that the underlying message of the term is still negative and demeaning. When it comes to people calling a woman a bitch, it's usually because she's doing something that's "not properly feminine," she says. Consider these traits that commonly earn women the "bitch" moniker:

The word "bitch" is also problematic when people use it to describe men. “Bitch is a way that we shame men and women for doing their gender wrong," Green says. “Calling someone a bitch subjugates them and takes away their power.”

Green admits that people are definitely conflicted about the term. While she initially thought it was empowering to call a woman a "bad bitch" or use the phrase "I love you bitches," it wasn't until she became a domestic violence crisis counselor that she reevaluated her position on the word. Every report she read included an abuser calling a woman a bitch. “It justified violence, it was violence,” Green says.

So can we reclaim the word bitch? Green points out that when women reclaim the word, it undermines its power. "It neutralizes the sting of that word if I’m calling myself a bitch," she says. "Words aren’t just words, they’re powerful. They carry meaning and that meaning shapes our reality.”

So choose your words carefully. 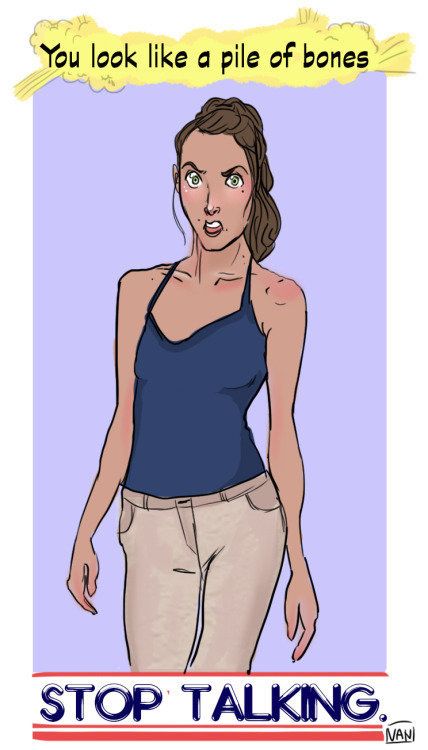