Lacie Little won back last week everything Indiana University Health Inc. took from her – except her job. Her beloved nursing job.

She got back wages and a formal public statement by the hospital corporation saying that it removed the firing from her work record. So she’s un-fired.

But she’s not rehired. The hospital behemoth refused to consider restoring Lacie to her nursing job for seven years, long enough, it hopes, to prevent her from helping form a union there. Despite everything that has happened to her, Lacie hasn’t given up that goal. Now, she’s working for my union, the United Steelworkers (USW), trying to organize nurses.

Indiana University (IU) Health fired Lacie on March 30, three days after she began trying to persuade her fellow nurses to unionize. Lacie wanted her co-workers to join together to collectively bargain with IU Health for the same reason many nurses want to negotiate with their hospitals. They love their profession; they’re devoted to their patients, and they want to help their hospitals be the best that they can be.

IU Health Inc. believed it knew what was best for the bottom line of the hospital system – and that wasn’t a nurses union. So like many employers, it took action to squash the nascent effort by employees to gain a voice at work by organizing. Firing workers for trying to form a union is illegal. But institutions – even ones supposedly dedicated to restoring health or to Catholic theology – do it all the time anyway because the penalties are so very paltry and the fear instilled is so very profound. 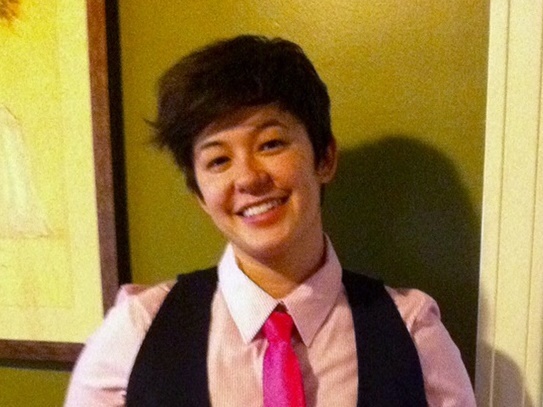 Corporations know they can stall an organizing campaign with just the threat of firing. Duquesne University in Pittsburgh recently used this tactic in a startling way. It included in a pleading to the National Labor Relations Board (NLRB) a threat to refuse to rehire for future semesters two adjunct professors who had testified at an NLRB hearing about efforts to organize at Duquesne, which holds itself out as a religious institution. One of the adjuncts described Duquesne’s written threat as bone chilling.

Lacie felt both unnerved and betrayed when the hospital corporation fired her. Her partner was five months pregnant with their second child. She had responsibilities, and the termination left her unsure how she would fulfill them. She could not believe the hospital system she so loved had done this to her.

The doctors and nurses and staff at Indiana University Health endeared themselves to Lacie when her grandfather, Robert Little, was hospitalized at Methodist, an IU institution, just after she graduated from high school. He was admitted to the cardiovascular critical care unit, where Lacie would later work.

Robert Little was having trouble breathing. To distract him, the nurses joked with him. They held his gargantuan hands. The doctor took the time to find out about Robert Little as a person. The physician learned that Robert Little was a union bricklayer who had worked hard all his life and who continued chopping wood as he fell increasingly ill in his 70s. Robert Little would not be happy bedridden, tube invaded, machine dependent.

At that time, Lacie’s mother was a nurse at IU Health. She had worked in its bone marrow transplant unit in the very early days when many patients did not survive. Lacie says her mother taught her an important lesson about that:

“She told me that taking care of someone in their last days and hours of life is an honor. You usher them out. And you can make it a great experience or an awful experience. You can truly take care of the patient and the family. I feel Methodist really did that for my family, took the time to get to know my grandfather and explain things to us. They were able to let him die with dignity. He was clean and warm and not in pain and had his family around him. Everyone has to die. It might as well be in a good way.”

Lacie started work at IU Health when she was just 19 years old. She earned bachelor’s degrees in psychology and biology. Then, while working as a secretary for the hospital system, she returned to college get her nursing degree. She says she learned: “Nursing is caring for people. Great nurses care for their patients. They don’t just take care of them.”

The stories she tells show that she reveled in accomplishing that. She talks about caring for an older farmer who had been injured in a tractor accident. At one point as he began to get better, he kept motioning toward his face. Still connected to a breathing tube, he could not talk. She knew he was trying to ask for a shave. Lacie recounts:

“I got some hot water and put some wash cloths in there. I sat him in a reclining chair and leaned him back and said, ‘here we are at the barber shop’ and gave him a really good shave. He kept touching his face and giving me thumbs up. The shave wasn’t necessary to get him better, but we had fixed all of the acute things, and this was important for helping him feel better. We have to do some things to help them feel good mentally.”

When Lacie began in nursing, the hospital system enabled nurses to help patients feel better. But that changed.

In the fall of 2013, the hospital corporation laid off 800 workers, including Lacie’s mother, who had worked there 25 years. At about the same time, IU Health instituted a management method described as “going lean.” What that meant to Lacie was that the hospital system had the best doctors and nurses and staff but was setting them up to fail at meeting goals like treating their patients like their grandfathers.

“They wanted us to do more with less. And they would say that. Everything was about cost, cost, cost. But we care about patients over profits,” she said. It meant there was rarely time to give a farmer a shave.

Lacie says nurses began talking about being in moral distress, “People were leaving the hospital and going home and crying because they felt they did not take good care of their patients.” They did all the basics. They gave patients all of the medications but had no time to talk to them like they were human beings. “If you are not spoken to, you feel like a specimen, not a person,” Lacie explains. Feeling like a specimen does not help heal.

That’s when the union talk started.  Because her father and grandfather were union men, Lacie said family experience had taught her that unions could put workers in a position to get CEOs to listen. “I knew unions were a way to stack up enough people so they were on a level playing field with the CEO,” she said.

Earlier this year, the IU nurses chose the USW to help them organize and began holding informational meetings, three a day, twice a week. Lots of nurses attended. They discussed problems at work and how organizing could be a solution. “People were encouraged because they wanted to do something, not just talk about it,” Lacie says.

In March, Lacie and several other nurses began asking co-workers if they were willing to sign a card petitioning for an election that would determine whether they could form a union.

Lacie was careful to do this only while she was on lunch and other breaks. She cautioned co-workers not to sign unless they too were on a break. She chatted with on-duty nurses but did not take their signatures. Even so, on her third day of doing this, IU Health Inc. officials accused her of accepting signatures from nurses who were on duty.

The hospital corporation suspended her, then fired her just days later. “I was dumbfounded,” she says, “I felt betrayed because I had given my loyalty to IU Health.”  She had worked there a decade.

Not long after the hospital system terminated Lacie, the state Health Department issued a report saying the hospital was short staffed and that it adversely affected patient care.

The USW hired Lacie immediately after the firing, but the termination imperiled renewal of her nursing license. She knew if she fought the hospital corporation through the NLRB process and the courts, she would win.  But that could take years. And she’d be unable to work as a nurse in the meantime.

So she took the settlement deal. It requires IU Health Inc. to post notices at its hospitals saying that it had rescinded Lacie’s firing and discipline against her and that federal law forbids the hospital corporation from threatening, interrogating, surveilling, disciplining, suspending or firing anyone for attempting to form a union.

Lacie’s firing steeled the commitment of some, who started a Facebook meme saying, “I’ve got a Little fight in me.” But for many others, the firing had the effect the hospital corporation intended.  Nurses were fearful, and turnout at union meetings declined.

Studies show the number of illegal firings of union activists increasing and the number of union members in the United States dwindling. Workers like Lacie need legislation to stop it. This time last year U.S. Rep. Keith Ellison (D-Minn.) introduced the Employee Empowerment Act, which would do just that. It could be called Lacie’s Law. But that wouldn’t be fair to the thousands of other workers who suffered as a result of the same illegal corporate union-busting practice.

Lacie insisted on a provision in the agreement allowing her to apply to return to IU Health in seven years because, she said, “I still love the IU Health nurses and doctors and staff.”