A new report details how students from low- and middle-income families are having difficulty going to, and succeeding at, four-year colleges because of lack of grant aid.

The report (.pdf), authored by the Advisory Committee on Student Financial Assistance and titled "The Rising Price of Inequality," found that as the price of college has risen, the number of students attending from low- and middle-income families has fallen.

Some key points from the report:

What do you think of these findings? Join the discussion below. 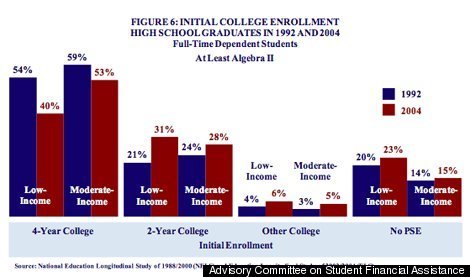