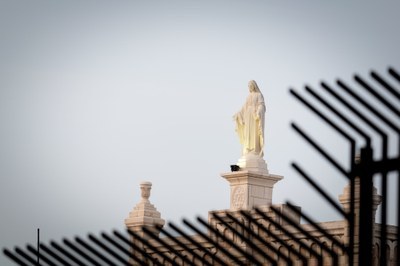 Albin Hillert, Communication Officer at the World Council of Churches

We two theologians, Rev. Dr. Grace Ji-Sun Kim from the U.S. and Rev. Ilkka Sipiläinen from Finland, planned to travel to Israel and Palestine where the World Council of Churches (WCC) Climate Change working group was scheduled to hold its 2016 meeting. We arrived at the airports in our respective home countries when we received telephone calls and emails from the WCC.

Something strange was happening at Ben Gurion airport near Tel Aviv as WCC working group members began arriving for our annual climate change meeting. Several participants - both WCC staff and representatives of member churches and ecumenical partners - were detained in prison-like conditions for up to three days, before being deported to their countries of origin. Others were ultimately admitted to Israel after exceptionally long and confrontational interrogation. They had to sign papers promising not to enter Palestine under threat that they might be deported if they did. All reported aggressive, accusatory and abusive questioning, threats and intimidation.

This was an unexpected ordeal for peaceful church workers who were trying to meet under the aegis of an international ecumenical organization, the WCC. Their purpose was to engage in conversations that would lead to action on one of the biggest problem that humanity face today, climate change.

We approach a dangerous future if we do not tackle this global problem. The increase in use of fossil fuels our trip on the road to destruction. To guide humanity from this apocalyptic path, many religious organizations such as the WCC are doing what we can to fight climate change. Many of WCC delegates attended the United Nations Framework Convention on Climate Change "Conference of the Parties 21" (COP 21) in Paris to provide a religious input on this global problem. Ilkka was a member of the delegation of Finland to COP21.

Christian churches around the world commonly connect climate change and climate justice. Climate justice may be broadly configured to include social justice, racial justice, gender justice and human rights. Presently in the Holy land, Israel and Palestine, climate justice primarily means water justice. There isn't much adequate access to clean water for drinking and sanitation in the occupied Palestinian territory and Gaza.

Two international actions on the human right to water and sanitation

In November 2002, the Committee on Economic, Social and Cultural Rights adopted GeneralComment No. 1 on the right to water. Article I.1 states that "The human right to water is indispensable for leading a life in human dignity. It is a prerequisite for the realization of other human rights". Comment No. 15 also defined the right to water as the right of everyone to sufficient, safe, acceptable and physically accessible and affordable water for personal and domestic uses. We must note that neither of these actions carry the weight of international law. Only actions of the UN Security Council do. However, at the same time, international human rights law entails specific obligations related to access to safe drinking water.

Clean water is currently distributed unjustly in Israel and Palestine. When clean water is accessible to Israelis and not to Palestinians, this becomes a justice issue. The Israelis living in illegal settlements in the occupied Palestinian territories have access. Palestinians in Gaza lack access to clean water but Gaza is not occupied-surrounded, controlled, dominated, but not occupied. Polluted water leads to waterborne diseases and other health problems.

The impact of polluted water can be seen in the United States. In Flint, Michigan the drinking water includes the toxic metal, lead. The children are being affected and the government is not tackling this problem head on and replacing the dangerous lead water pipes, the source of the problem.

The Ecumenical Water Network (EWN) is an organization of the WCC, which began in 2008. EWN is a strong advocate for water justice and this year their focus is in the Middle East, especially Palestine. Due to the occupation of Palestine the water justice issue needs to be addressed so that all people can gain access to clean water.

Water - Source and Sustainer of Life

Water is the source and sustainer of life, but it has become a commodity, subject to being owned, bought, and sold. Today, as through the centuries, access to water is a cause of conflict. Water justice is what we should work for. We may argue about the climate change against the very convincing results of science, but surely no sane person can deny this: We all need water and have a right to access it. 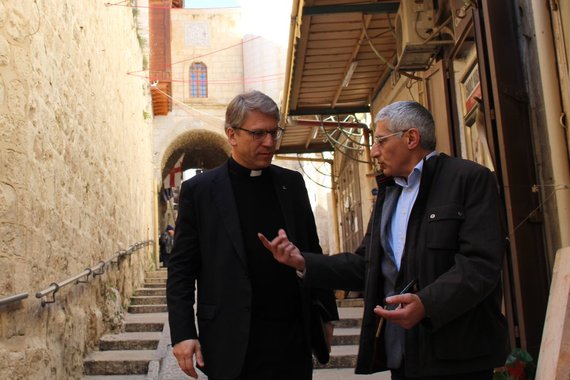 When access to water is limited or unjust, when some people have access to clean water and other people do not, it leads to the deterioration of a society. The WCC is concerned about climate justice and believes that "peace on earth is peace with the earth."

We two colleagues in the USA and Finland are concerned about climate justice. All people living in our home, Earth, need to work for it--and the disruption of an important ecumenical meeting is not the way to achieve that goal.

Rev. Ilkka Sipiläinen is Deputy Director of the Unit on Worship and Society in the National office of the Evangelical Lutheran Church in Finland. He was part of the delegation of Finland to COP21 in Paris. You may follow him on his blog site.