As I stepped to the stage at the Rev. Jesse L. Jackson's 18th Annual Rainbow PUSH Wall Street Project Economic Summit to be part of a panel discussion about the need for more diversity in the venture capital industry in front of an audience of primarily African American business owners, it was not lost on me that I am a middle-aged white male and that everyone else on the panel was white as well. 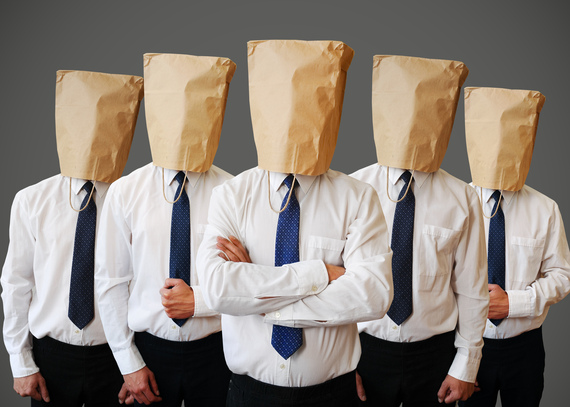 That's more or less the issue, isn't it? Nearly 90 percent of all venture capital professionals are Caucasian men. It's the kind of "sameness" that industry experts like Vivek Wadhwa (Stanford University), Venky Ganesan (Menlo Ventures) and Kara Swisher (Re/code) cautioned about during last year's National Venture Capital Association (NVCA) annual conference in May 2014.

Like Rev. Jackson, these experts are not interested in mincing words about the venture industry's collective diversity problem, nor should they be. Inspired by their voices and a greater understanding of the benefits of diversity through the entire venture ecosystem, the NVCA has launched a Diversity Task Force, of which I am proud to be a member. Our goal is to increase the opportunities for women and men of diverse backgrounds to play a larger role in the venture capital ecosystem as venture capital investors, venture-backed entrepreneurs or employees of venture-backed companies.

To make these goals a reality we need to do a much better job of ensuring a more diverse set of people have a clear understanding of the entire venture ecosystem. We must also build and expand the pipeline of people and opportunities that are connected to the industry and commit ourselves to tracking our progress with annual data gathering. Finally, we must begin connecting to promising initiatives that share our goals.

It was this thinking that led me to Rev. Jackson's summit, where my presence was much more about listening than it was about speaking.

Diversity is a Competitive Advantage:

The only way the U.S. will lead the 21st century global economy in growth and innovation is to use all of our available assets. Any industry -- including venture capital -- dominated by one race or one gender leaves way too many people out of the work and fails to maximize its economic outcomes. If this remains the case in the venture capital industry, it will never be as strong or innovative as it should be.

At JumpStart, we invest in and support entrepreneurs in Northeast Ohio. As we go about our work, we pride ourselves on thinking about diversity not as "charity" or "public relations," but as a core building block that is absolutely essential to the health of our regional community and country. We believe optimized economies prioritize and require diversity. We need all hands on deck as we continue to mount our community and our country's economic comeback, much of which is being driven by entrepreneurs.

More than 30 percent of the early-stage companies we advise and or invest in at JumpStart are minority/women owned-or-led. To date we have worked with hundreds of women and minority entrepreneurs, who have gone on to raise more than $180 million in capital and recently generated nearly $55 million in revenue while creating more than 280 direct jobs in and around Cleveland.

But true diversity goes beyond investment portfolios. That's why everyone at JumpStart is responsible for creating their own personal inclusion goals, which are tied directly to our overall performance as an organization. We refer to this idea as "embedded inclusion," and while it may sound simple, it requires a great deal of commitment and action. In some cases, it also requires a new way of thinking and acting for white guys like me, particularly when leading an organization that connects with almost every aspect and element of our broader community.

Hiring policies, board leadership, vendor selection, program-planning, etc. Everything we do at JumpStart is informed by the importance of diversity. We demand from each other a good-faith effort to make inclusion a part of our daily routine and we hold each other accountable to our individual and collective outcomes.

We are certainly not perfect in this effort; but we work very hard to make diversity a part of the way we do business. For nearly every possible reason you can think of -- including economic competitiveness and organizational performance -- this commitment is fundamentally the right thing to do.

The First Step is the Hardest:

As we march forward as a nation to face this challenge and opportunity, the concepts of fairness and equality will rightfully continue to grow in our country's collective conscience. If the venture capital ecosystem desires to stay relevant, it is crucial that the NVCA takes a leadership role around finding new and better ways to understand, discuss and maximize our diversity opportunities.

A new orientation around inclusion is the way forward and the creation of the NVCA Diversity Task Force is a significant first step in the right direction. The task force will not solve these challenges overnight, but we will ask tough questions, build new partnerships and make real progress in the months and years to come.

Fortunately, the future already appears to be in our favor. The same studies that give the venture ecosystem such alarmingly low diversity statistics are also seeing clear evidence that younger generations of investment professional and employees of venture-backed companies are becoming increasingly more diverse. As it often goes, we can learn a lot by simply following the examples of our children and grandchildren.

As for this middle-aged white guy, I am excited about the potential progress our Diversity Task Force can make. Our work is just getting started.

To keep up with the NVCA Diversity Task Force, visit www.nvca.org.