Get ready for Lady Gaga to be famous again! After an extended absence from music, the singer took to her Facebook page to unveil the release date and more details of her forthcoming album, "ARTPOP."

The record will arrive on Nov. 11, with a lead single dropping on August 19. Pre-orders for the album and app will begin on Sept. 9.

But what's in the app? According to the statement posted on Gaga's Facebook, it's “a musicial and visual engineering system that combines music, art, fashion and technology” that does a deep dive into "Gaga's existence as a cultural interface" while allowing users to "experience the 'adrenaline of fame.'”

The album itself is described as "a rage of electronic passion" that is heavily influenced by Gaga's collaborators. Upstart progressive house producer Zedd is said to be producing a significant chunk of the album.

"ARTPOP could mean anything," the statement reads. "But for her, it's a celebration of obsession." More celebrating to come on Nov. 10, when Gaga hosts "artRave," an evening of exhibitions that highlight her work with artists such as Jeff Koons, Marina Abramovic and more. (Jay-Z, much?)

Take a look at the entire statement below and let us know what you think in the comments. 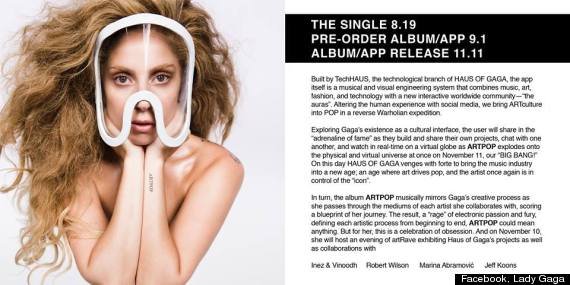 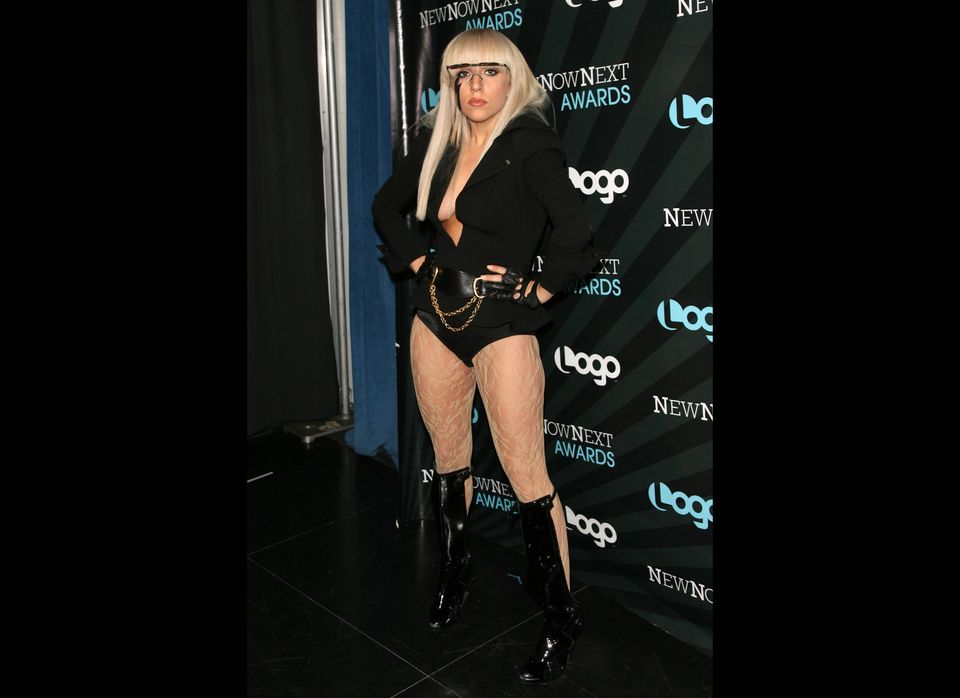