Lady Gaga has dressed up as the Statue of Liberty for V Magazine's New York issue.

Gaga appears with a tuxedo-clad Marc Jacobs on the cover of the magazine in a photo by Mario Testino.

"Just as the Statue of Liberty was France's gift to America, Gaga is, to us, New York's greatest gift to pop culture and fashion," V editor Stephen Gan said in an announcement. "She embodies everything V is about, and is also a beacon of the city's creativity and hope. Exactly one year after her first V cover (the first fashion magazine cover she was on), we decided to do the NEW YORK issue, and she was the first person who came to mind to represent our great city. In the year that's passed, she has become a bonafide genius and we can safely declare her our muse. Above all, a New York issue should celebrate people who've done great things. We at V are grateful Gaga came along to put the New back in New York!" 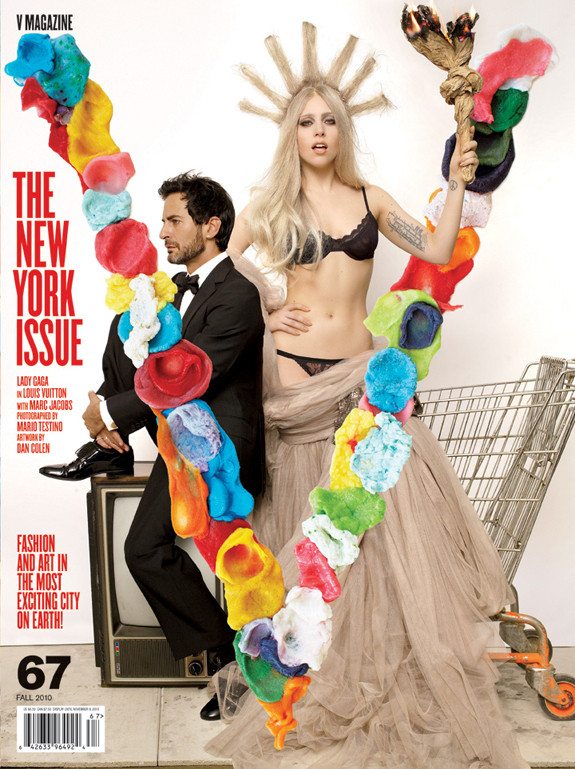