Lady Gaga tends to establish her own signature styles, from the iconic meat dress to the tea cup-as-accessory look. But while hanging with her pal Donatella Versace in Milan this week, Gaga decided to recreate someone else's legendary look: Elizabeth Hurley's safety pin dress.

The pop star was seen exiting her Milan hotel on Tuesday wearing what looked like a perfect replica of Hurley's 1994 Versace gown, complete with the plunging neckline, the embellished straps and the gold safety pin sides. Gaga even had her "hair" (which we're guessing was a wig?) dyed brown like Hurley's.

The one key difference: Gaga had on those ubiquitous platform boots of hers. Hey, it ain't a Gaga outfit without treacherously high footwear, right?

Gaga has dressed out of the Versace archives before, but this dress might be the most memorable. Liz first wore the frock at the premiere of "Four Weddings And A Funeral," which she attended with her then-boyfriend, Hugh Grant. The racy Versace dress got so much attention it earned its own nickname ("That Dress"), was memorialized with a Wikipedia page and is still one of the most famous items ever designed by Versace (along with Jennifer Lopez's legendary Grammys dress, natch).

So who better to revive the safety pin dress than Queen of the Wild Dresses herself, Lady Gaga? We're sure Donatella approved. 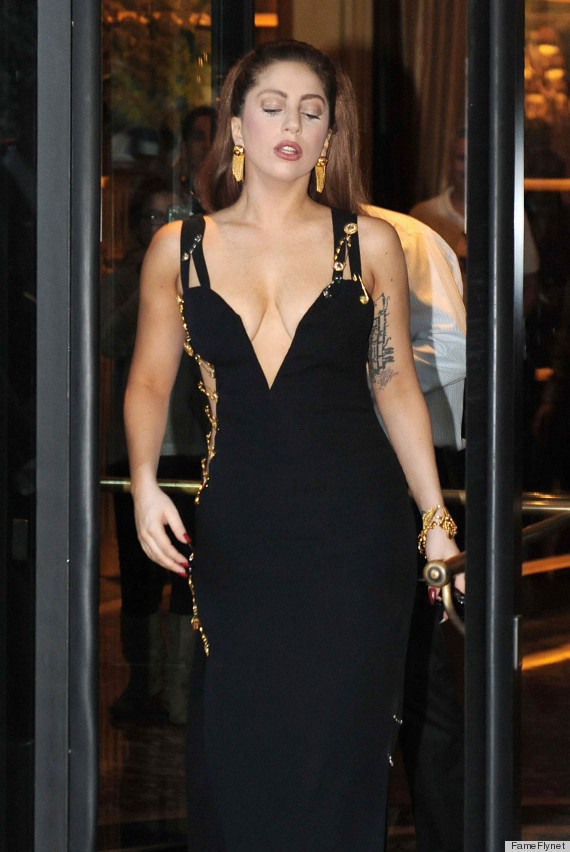 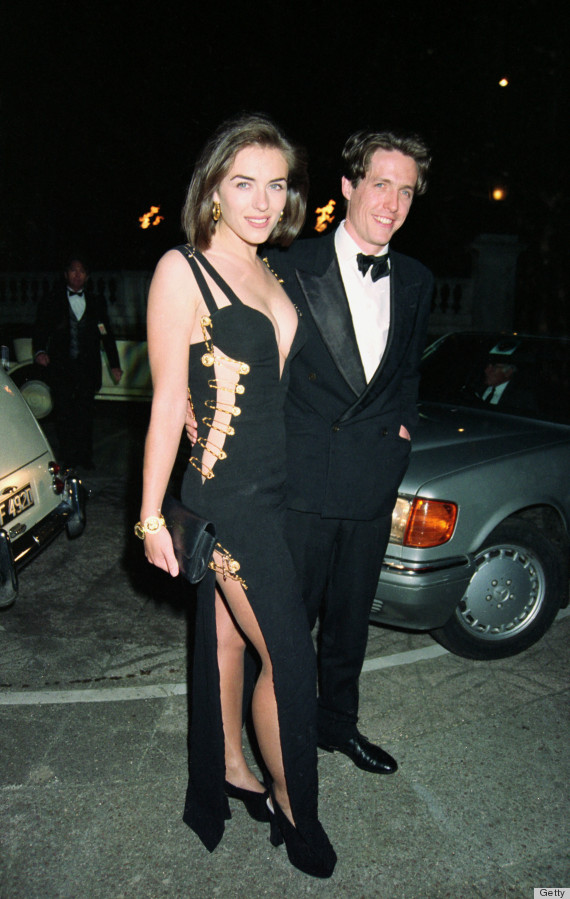 What other legendary dresses could Lady Gaga revive?

PHOTO GALLERY
The Wildest Dresses Of All Time 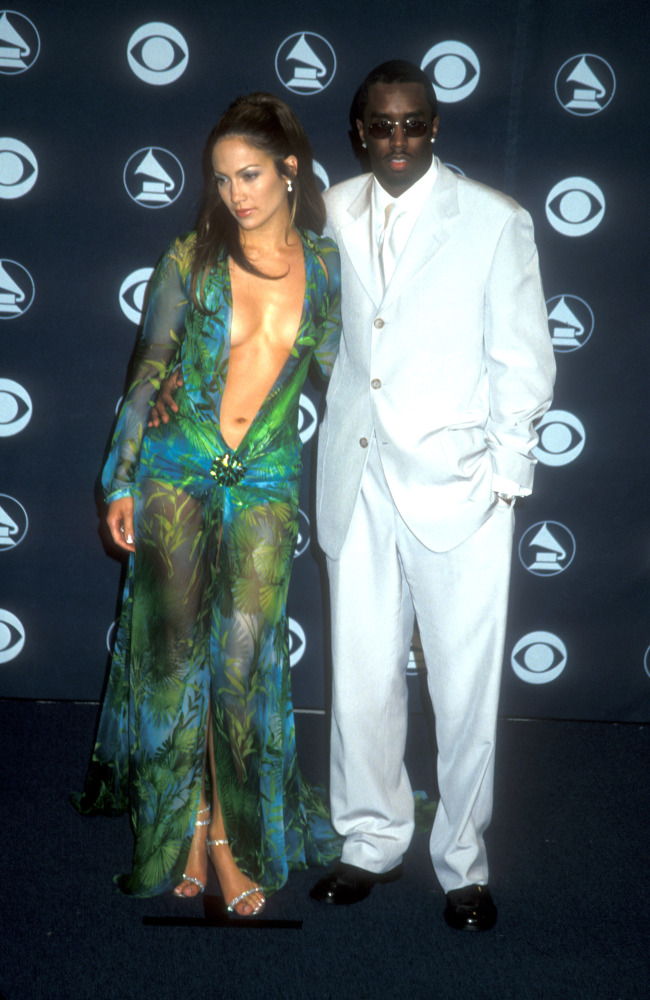