Lady Gaga in her underwear covers the new Cosmopolitan, on newsstands March 9, and over riceless sushi and dressingless salad she tells the magazine about her meteoric rise.

On her ex:
"I had a boyfriend who told me I'd never succeed, never be nominated for a Grammy, never have a hit song, and that he hoped I'd fail. I said to him, 'Someday, when we're not together, you won't be able to order a cup of coffee a the f***ing deli without hearing or seeing me.'"

On her career:
"I ate sh** for so long, being told I didn't fit the mold and that I was 'too pop' or 'too theater'...I've always been delusionally ambitious to the point where people don't understand me."

On her love of the spotlight:
"My friends joke that I'm dead until I get onstage. I'm dead right now as you're speaking to me." 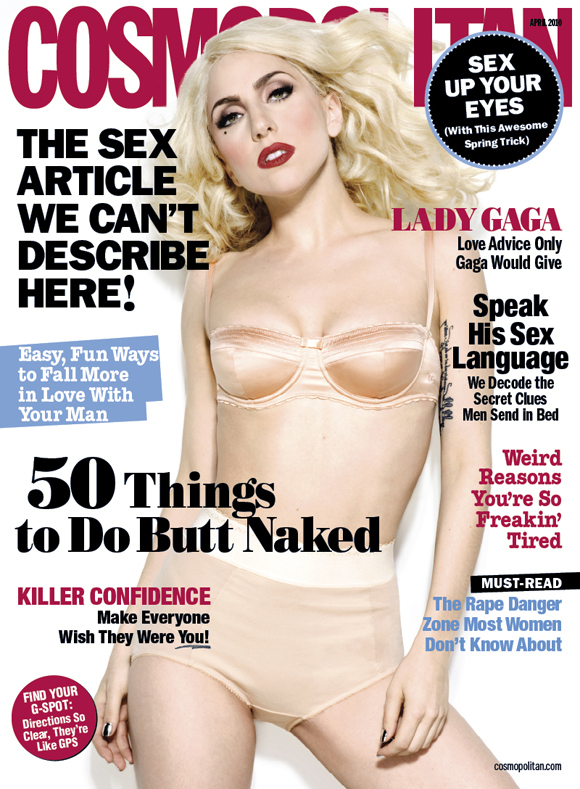 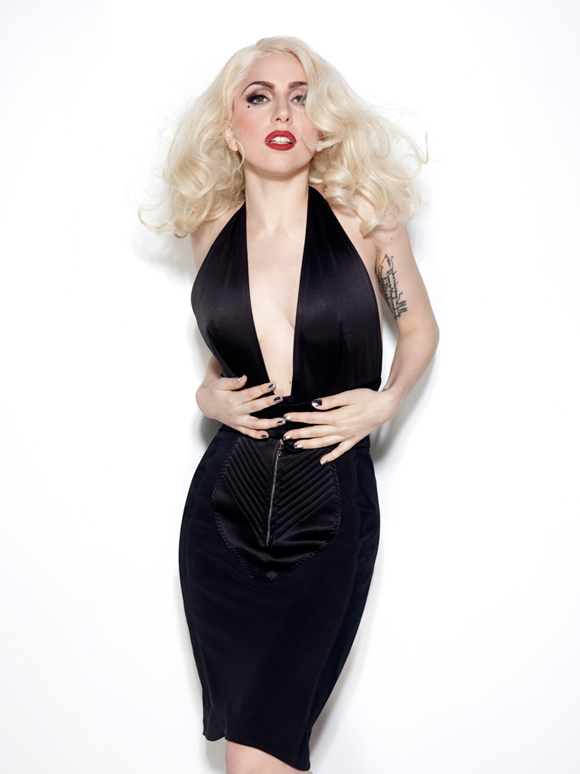