Joseph Gordon-Levitt has gone and charmed us again, this time taking to the stage alongside Lady Gaga to duet on "Baby, It's Cold Outside." The pair performed the winter favorite on Thursday night during Gaga's holiday special with the Muppets, with both stars dressed in chic '50s-style garb.

JGL may be accustomed to hearing "Baby, It's Cold Outside" on his annual Christmas playlist, as we imagine he places "(500) Days of Summer" co-star Zooey Deschanel's version with She & Him on repeat. Likewise, Gaga is used to performing Christmas tunes, having co-written her own on 2008's "Christmas Tree." Watch them join forces above. 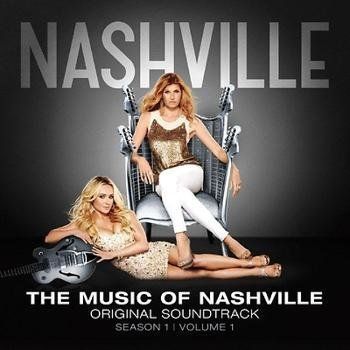 1 / 21
"Nashville" Soundtrack
From Hayden Panettiere and Charles Esten's duet on the catchy "Undermine" to the hauntingly simple "Telescope" cover by sisters Lennon and Maisy Stella, this is the perfect stocking stuffer for the "Nashville" lover on your list. Price: $12.98; <a href="http://www.cafepress.com/nashville.727485158">Buy it here</a>
ABC Store