With apologies to the famous Victory over Japan Day sailor and his lady nurse friend, this was truly the Times Square kiss seen around the world.

In a true New York City pairing, Lady Gaga and Mayor Michael Bloomberg shared a smooch in front of billions as they brought the New Year's ball down to start 2012. It was a delightful peck that provided the highlight of what was a bizarre sight, with the pop star in her sequined mask and the mayor in a sweater embroidered with the American flag.

It's important to note that the two weren't just randomly thrown together, either; Bloomberg chose Gaga as his ball drop partner a few days earlier, meaning that he must have had some sort of previous friendship. Which, of course, got us wondering: what exactly were they saying to each other up there? Gaga won't tell us; she tweeted, "I cant even quite describe what tonight felt like. Sort of poetic madness. A dream come true. Moments recalling a leather taking the subway."

Well then. Since we'll never know, we decided to come up with some likely conversation ourselves. 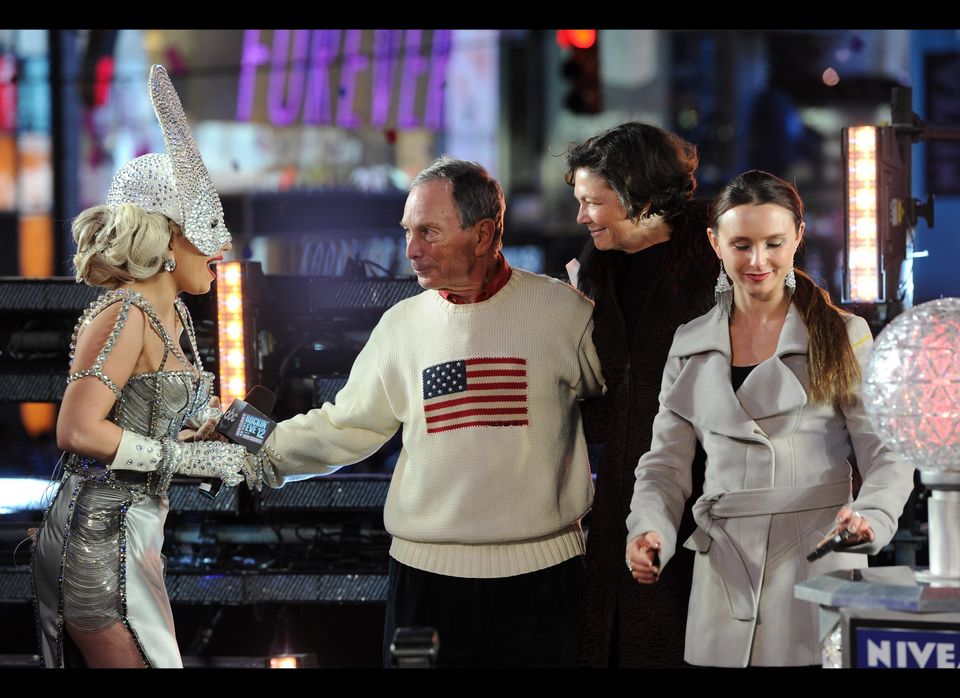 1 / 11
Bloomberg: "Nice to meet you! You know, Gaga, some people look a lot different on TV than in person, but your face is exactly the same."