Lady Gaga is no stranger to nudity, having posed in the buff for V magazine last summer and posting risque photos of herself on social media. So it's with hardly a raised eyebrow that we welcome this new, all bare, in-the-name-of-art cover for Candy magazine.

Candy, which prides itself on being the first transversal style magazine, has had stars like James Franco in full drag and Jared Leto looking like Katy Perry on past covers, so this image of Gaga fully exposed is hardly out of the ordinary.

"She is literally stripping back the theatrics of trans-culture; exposing a half-done-up face and the 'gender' beneath it all," Refinery29 explains. "Interestingly, and something worth noting, is the outright exposure of her genitals. It's one thing that naked female genitalia made the cover of a magazine; it's another that said genitalia is, for lack of a better phrase, (relatively) au natural ... having an artist of Gaga's caliber go against the status quo -- especially for a publication like Candy -- toys with our perceptions of what's considered normal."

The singer is actually one of a two-part cover series for the magazine, the second of which features Marilyn Manson in a dress: 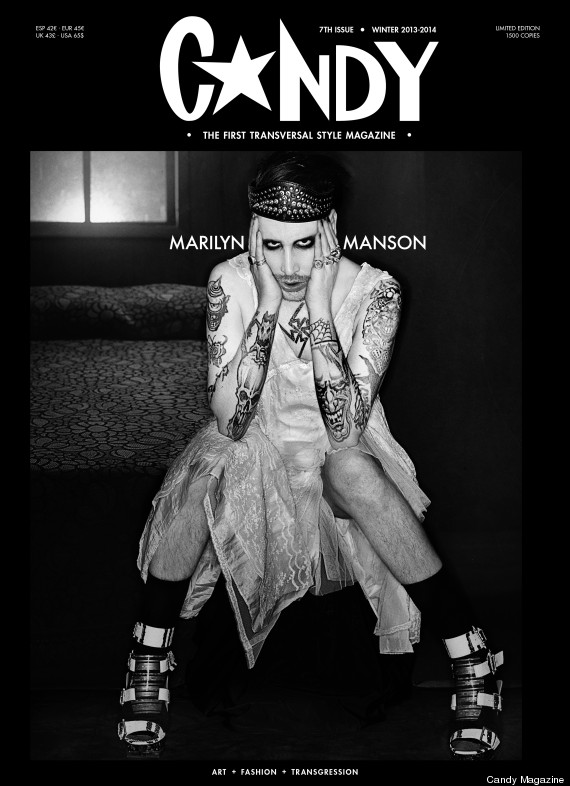