I am back stage at the Oscars. Let me repeat that, because it is truly, truly crazy: I am backstage at the Oscars. I'm not here to dance or sing. I'm certainly not here to accept an award for a film. I am here as a survivor of rape and I'm here with 50 other survivors of sexual assault. We are here to stand on stage with Lady Gaga as she performs "Til It Happens to You" from "The Hunting Ground."

We are in rows, holding hands. This weekend has been electric. I am looking down at my arm, where bold letters read "SURVIVOR." I think about all that survivor means for myself and this amazing crowd of people. Survivor. I'm a survivor of rape. But that's not all I am a survivor of. I'm a survivor of being bullied by the female cop that I reported my rape to. This female cop sighed, annoyed by me, and said "Why didn't you report sooner?. Her tone said what she wouldn't say to me directly: that this, obviously, was my fault and that I was dumb. I'm a survivor of being told "that will teach you to go to parties." I'm a survivor of betrayal. The person that I thought was my best friend, who I loved deeply and thought truly understood me, remained friends with my rapist and cut me out of her life entirely. I am staring at my arm, thinking about all that survivor means, when I hear Vice President Joe Biden come on stage.

I knew the VP would be introducing Lady Gaga, though I didn't know what he would be saying exactly. When President Obama and Vice President Biden launched the It's On Us Campaign in 2014, I wept. The White House was acknowledging that widespread sexual assault was happening on college campuses and that many survivors were being grossly mistreated by their schools and peers. They challenged everyone to take the pledge to end sexual assault and support survivors. On stage at the Oscars, Vice President Biden is getting big cheers from the crowd. I hear him say, "We must and we can change the culture, so that no abused woman or man ever feels that they have to ask themselves, 'What did I do?' They did nothing wrong." My eyes well with tears. Survivor. I am a survivor of being made to think that I did everything wrong. 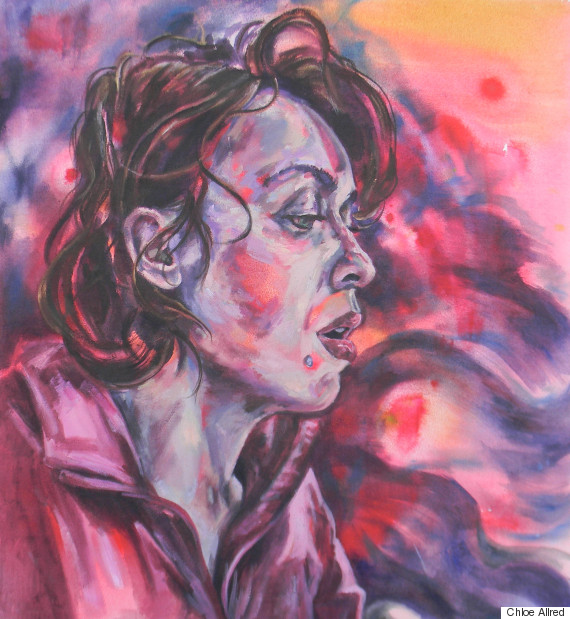 The music begins and I let myself really feel it. I grip my friends hands. This moment is huge for us. The orchestra builds, Lady Gaga begins to sing, and she is killing it. Her voice is full of raw emotion and is tremendously beautiful. She belts, "Til you're standing in my shoes I don't want to hear nothin' from you, 'cause you don't know." and the curtain lifts. I am standing on stage with 50 tremendous activists and Lady Gaga. We are all survivors of sexual assault. We walk out and surround Lady Gaga's piano. I do not feel ashamed. I hold my arm out, showing "SURVIVOR." I stare into the crowd. I think of what I've been through. I think of what the 50 other people on stage with me have been through too. I let myself feel it. I let myself cry, but I don't look away. I stare out into that crowd and into the camera because sexual assault is something we need to be able to talk about. I think to myself that this is what it means to be brave.

When Lady Gaga finished, we all raised our arms together. Leaving the stage, my legs were shaking. The moment was incredible, profoundly overwhelming, but incredible. 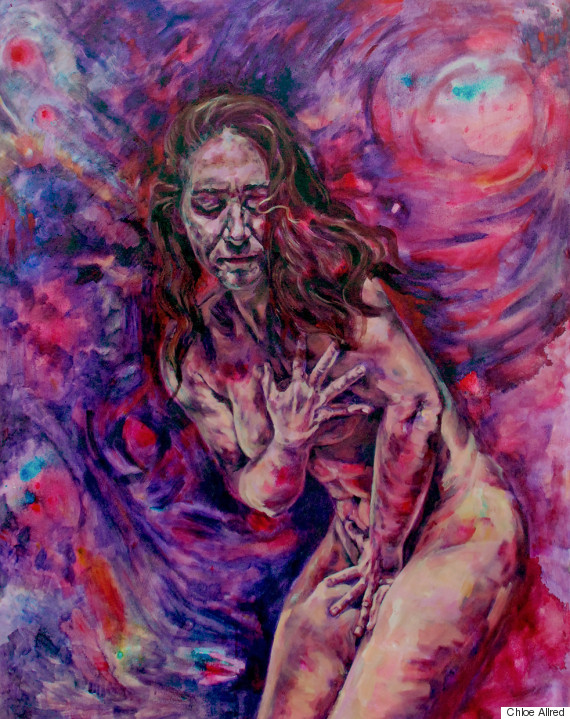 In the days since the Oscars, I've been asked numerous times, "What was the best moment?" It was incredible meeting and being on stage with Lady Gaga. And hugging Joe Biden. And hugging Brie Larson. It meant so much seeing this important issue addressed on this scale with such a huge audience. But the most amazing part of this past weekend was meeting the incredible people that were on stage with me. After I was raped, the first friend I told acted like I hadn't said anything. He completely ignored me, like what I said didn't matter, was insignificant. Other friends sided with my rapist and stopped talking to me. There was this expectation that I should just get over it. That I should shut up. I tried that and it didn't work. Trauma doesn't abide by your schedule or desires. I wanted to forget what had happened to me, but couldn't. So I turned to my art and began painting about my assault. As hard as it was to continue opening up to people about my rape after being rejected, I had to keep talking about it. It is this way that I found my people, the friends who truly care about me and that I consider family. 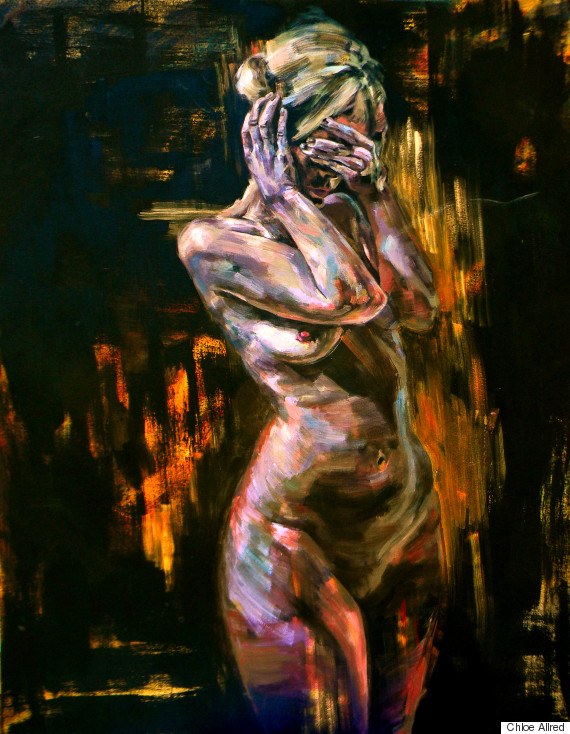 All of this eventually led to painting other survivors and co-founding a feminist artist collective called The Body Joy Project. By painting and working with other survivors, I began to truly feel that I wasn't alone. I found people that understood me and loved me as I am. This is why that while it was amazing to be at the Oscars and meet so many high profile people, the most incredible thing was being in a room with 50 other people that understood my experience.

The other activists that I met at the Oscars are doing incredible things to change the way our culture thinks about sexual assault, from campaigning, to social and legal advocacy, to writing and art making. Their bravery and resilience in the face of overwhelming hardship was infinitely inspiring to me. The thing I will remember the most from this Oscars isn't the numerous celebrities I saw, or that Leonard DiCaprio finally won an Academy Award. It's that I found my people, a huge group of them. I never could have imagined this moment. That powerful performance by Lady Gaga, with all of us around her, it is proof that I am not alone and that this community of courageous activists is strong, growing, and immeasurably brave. 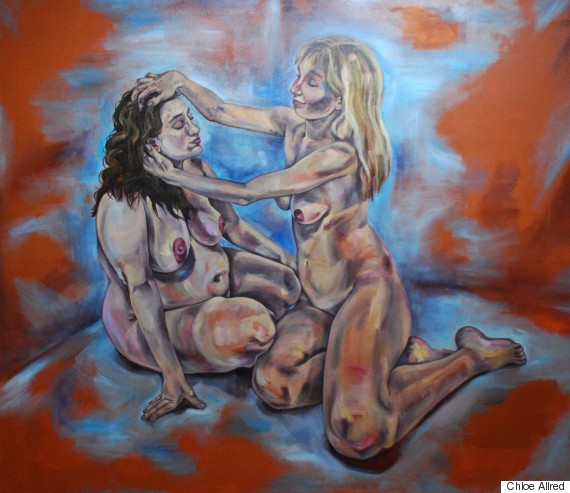 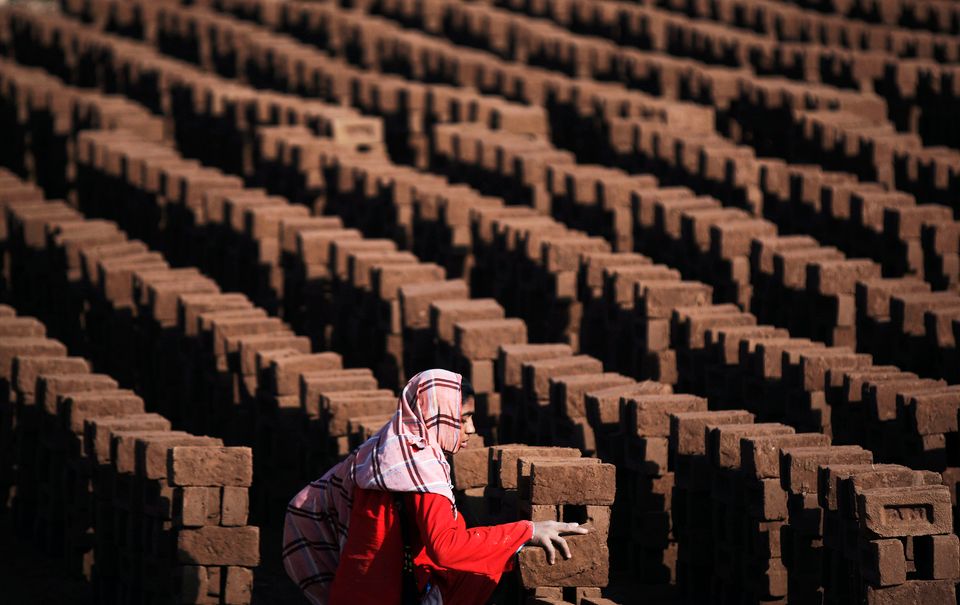 1 / 38
A Pakistani woman arranges bricks as she works at a brick factory on the outskirts of Islamabad, Pakistan, Monday, March 8, 2010. (Muhammed Muheisen/AP)