Meet Lady Jean Campbell, daughter of the Earl and Thane of Cawdor... and the next model to watch.

News broke yesterday that 16-year-old Jean is featured in Burberry's Spring/Summer 2014 campaign alongside fellow up-and-comers Malaika Firth and Jamie Campbell Bower. But the well-connected novice doesn't only have nobility on her side -- in addition to her role at Cawdor estate in the Scottish Highlands, she's the daughter of former Vogue UK editor Isabella Cawdor, which practically makes her fashion world royalty.

So it only makes sense that Jean would get her start being photographed by the likes of her mom's old pals, Mario Testino and Bruce Weber. Testino shot the aforementioned Burberry campaign, while Weber lensed Jean's Vogue UK debut back in October. She's even made an appearance in American Vogue. How's that for a start?

Luckily, it looks like the young blond has the modeling chops to go with her fortunate positioning, nabbing a contract with London agency Viva Models, which also boasts top industry talents like Doutzen Kroes, Natalia Vodianova, Brit "Model of the Year" Edie Campbell and supermodel Stella Tennant, a fellow Scottish estate-dweller. Plus, if you ask us, Jean possesses a very fresh, Twiggy-esque appeal.

Check out some of Lady Jean Campbell's modeling shots below and tell us if you think we'll be seeing more of her. 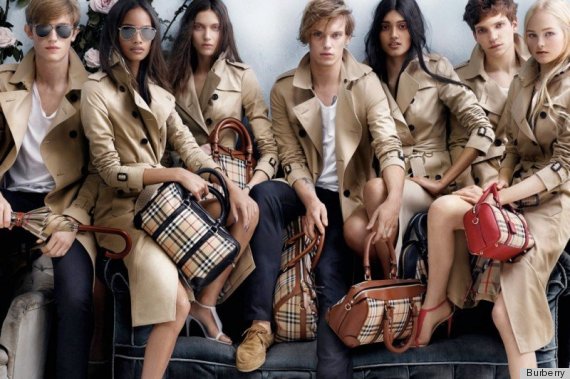