Aside from one breasty appearance at the Cesar Awards in February, it's nice to see French supermodel Laetitia Casta return to the runway, as she did at today's Louis Vuitton show in Paris.

For those not familiar with Ms. Casta's '90s superfame, it's important to note that she, like Helena Christensen, starred in a Chris Isaak music video. Which was a big deal back then. (Scroll down to see.) And in 1999, Casta was considered so beautiful that she was voted by her fellow countrymen to be the model for the bust of Marianne, an allegorical symbol of the French Republic. In this role she followed in the footsteps of Brigitte Bardot and Catherine Deneuve. 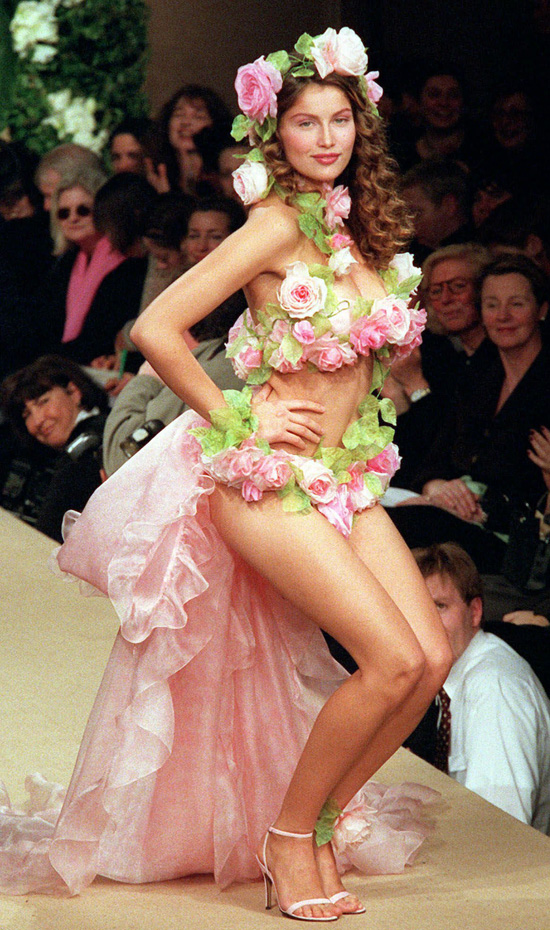 And here she is at age 31 at today's Louis Vuitton show (AP photo): 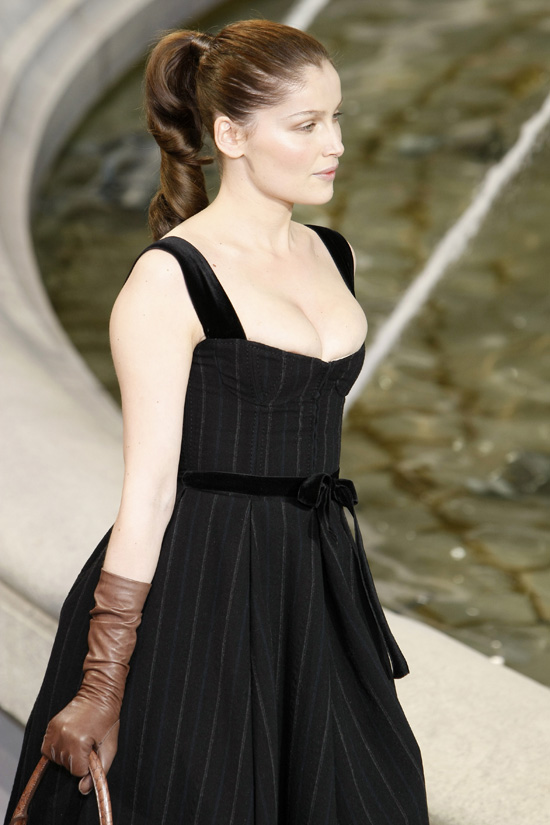