There's a good chance Abraham Lake in Canada is younger than you are-- it was manmade in the 1970s. And it won its name in a public naming contest. So it's certainly not the most natural lake in the world.

But it does trap bubbles under its surface, and that is quite a stunning sight.

Seriously... check this puppy out. 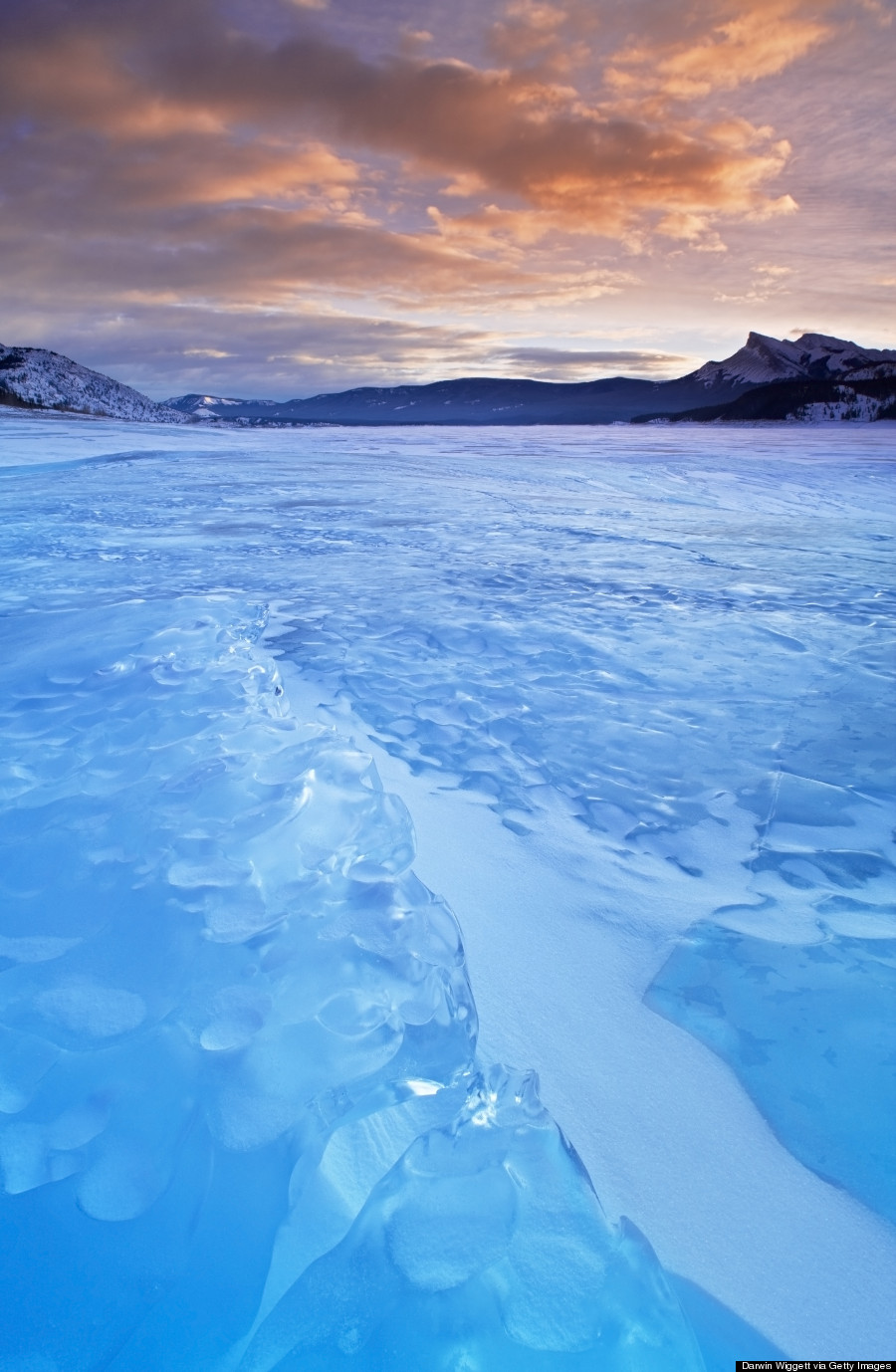 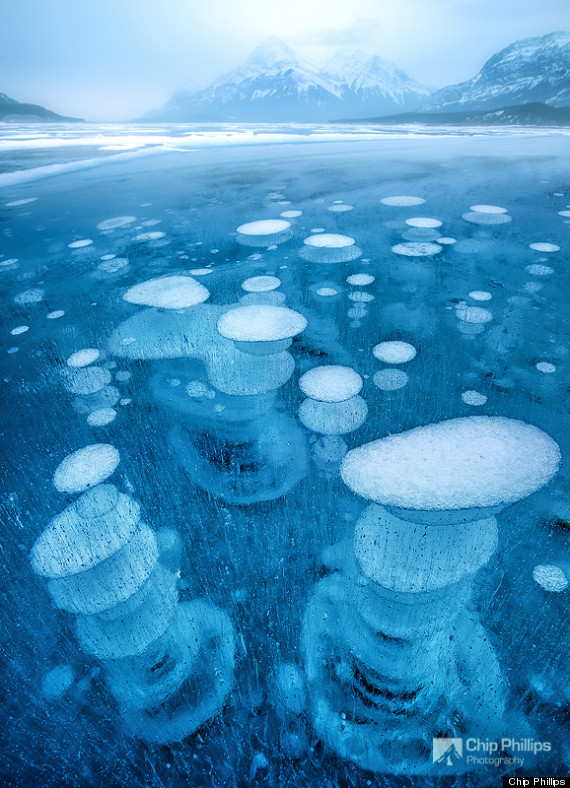 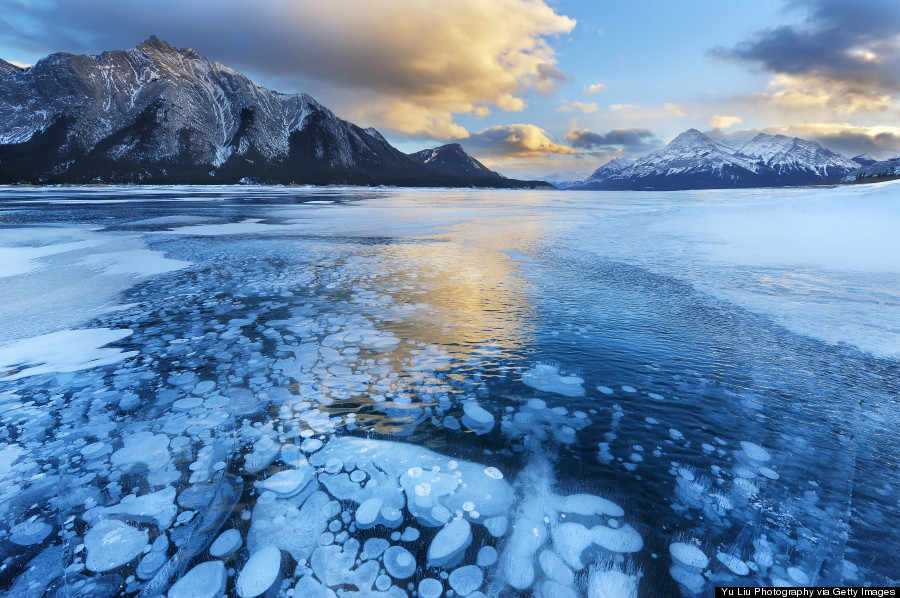 The bubbles are methane gas, which is released when plants and animals decompose in the lake.

As the methane bubbles float up from the lake's warm bottom, they get trapped under its frozen surface. There they stay, little artworks nestled behind a protective wall of clear ice. 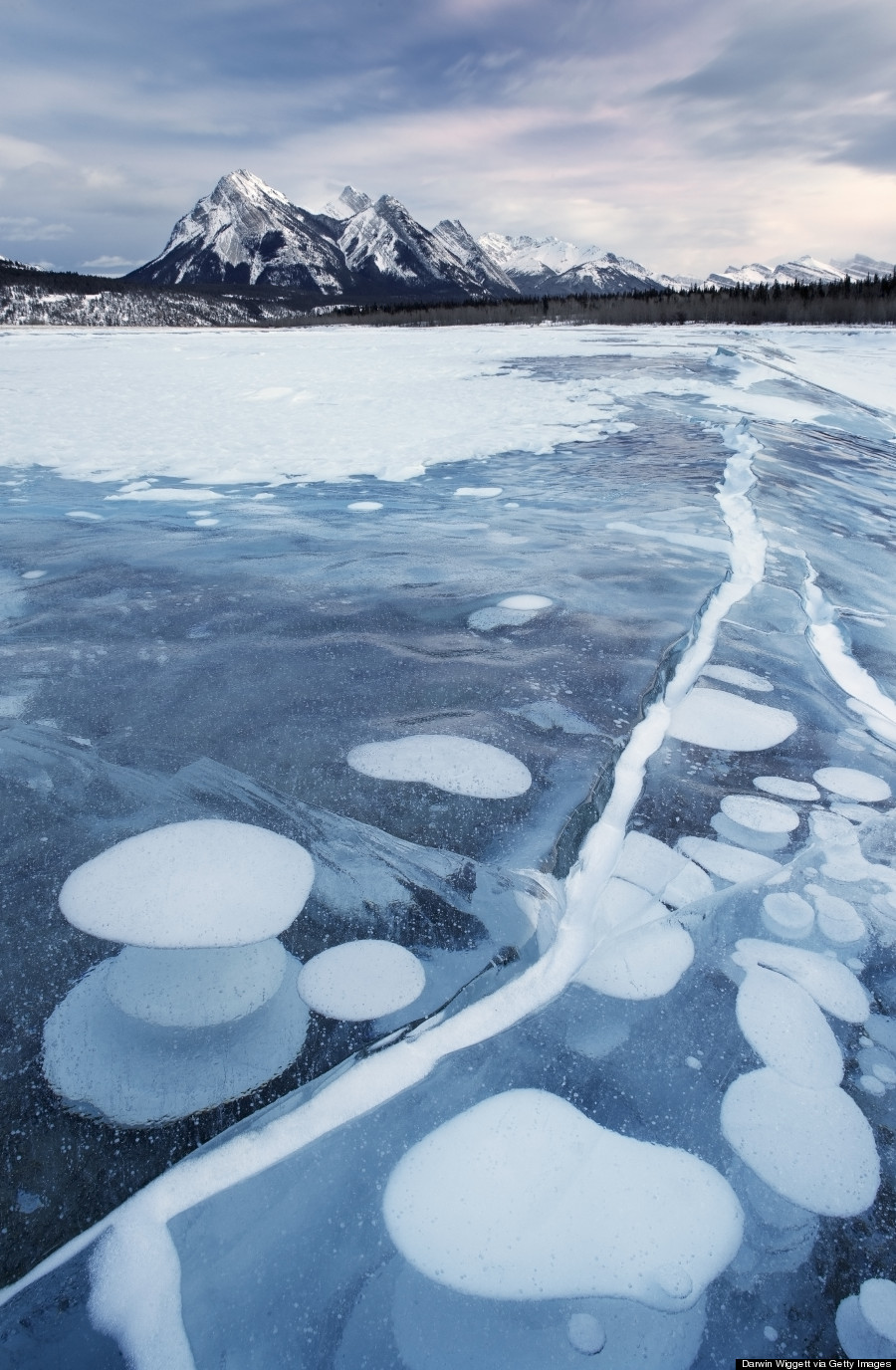 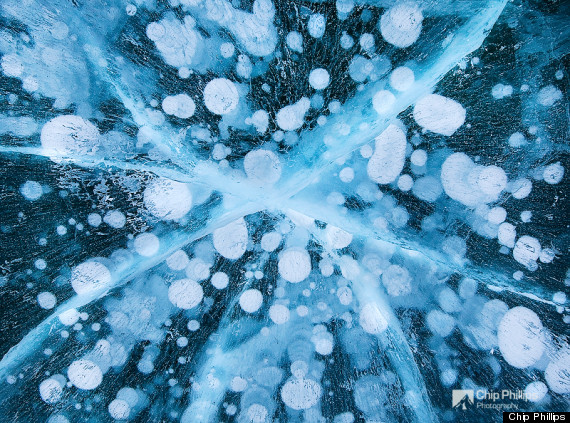 Abraham Lake is a hotspot for photographers (like Chip Phillips, who took many of these photos and more). You can snag your own frame-worthy shots of Abraham Lake during a photo workshop, where guides will lead you to the best bubbles.

It's easy to walk on Abraham Lake, but people say it scares them since there isn't snow on top like most frozen lakes. The ice is about nine inches thick, though, so you're good to go.

Check out those cracks! 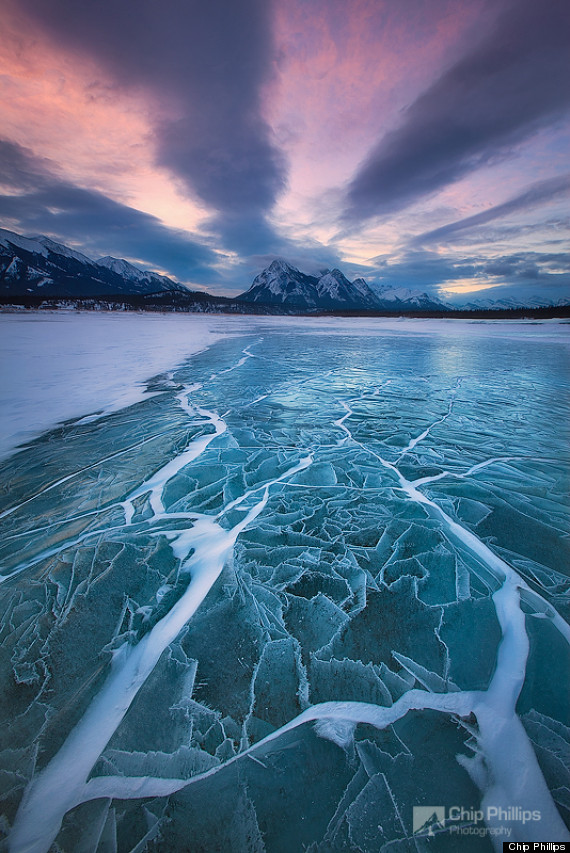 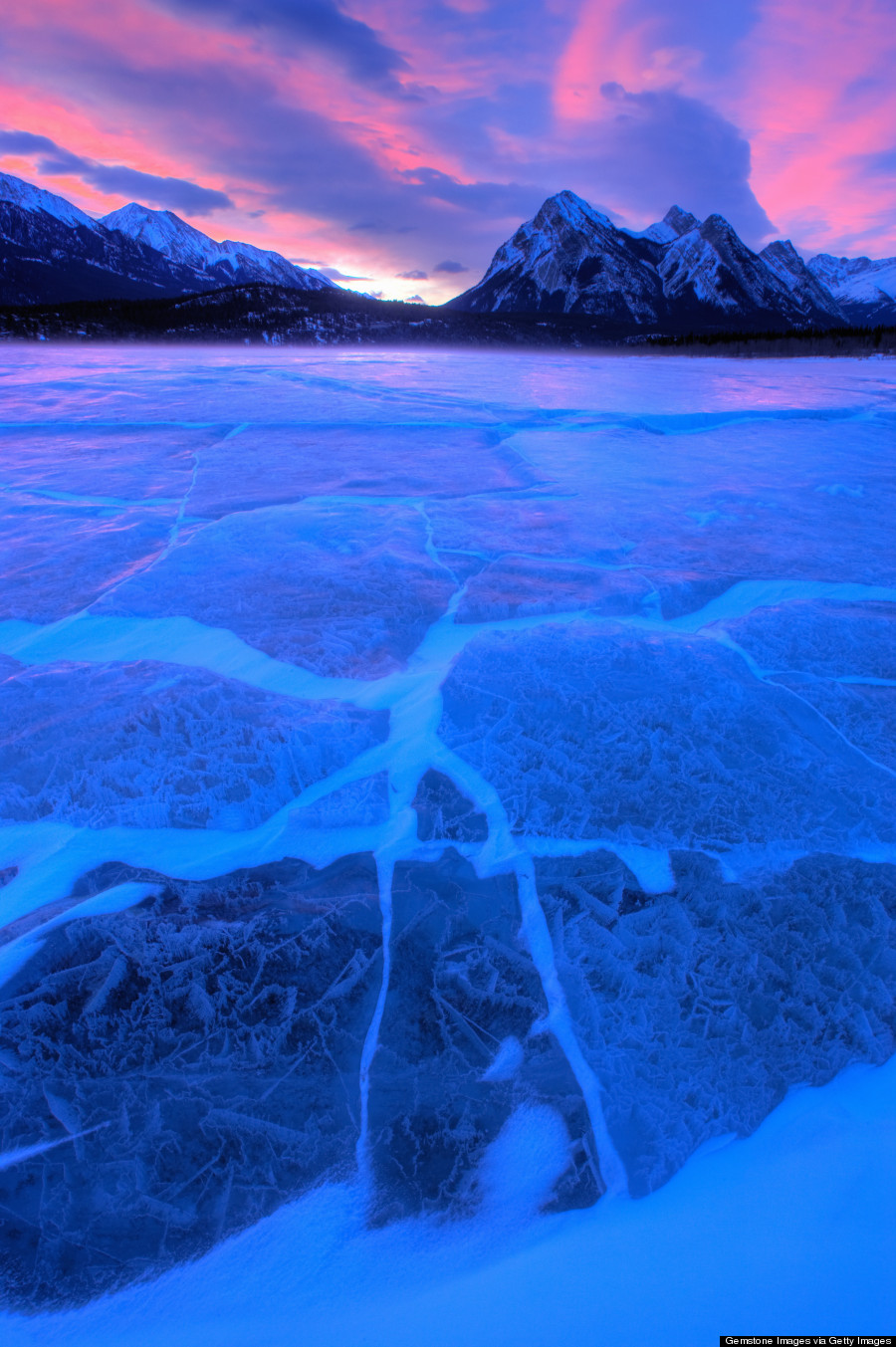 And those rifts and ripples! 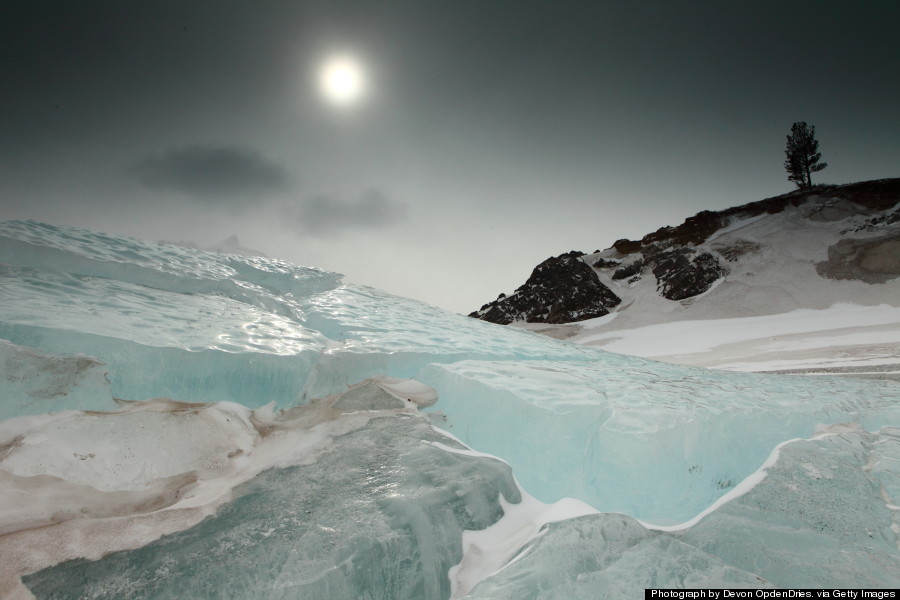 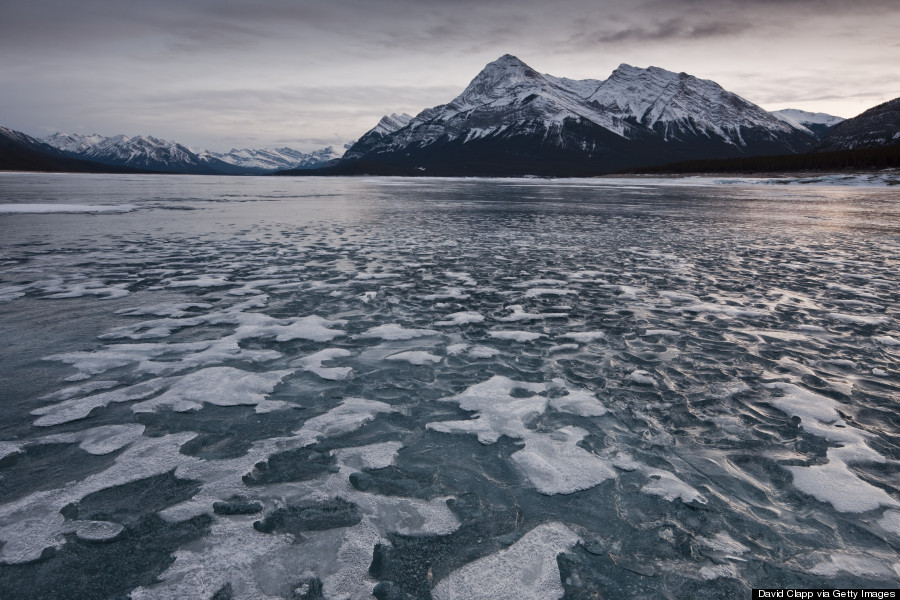 Here's what it looks like when it flows. Such a wonder. 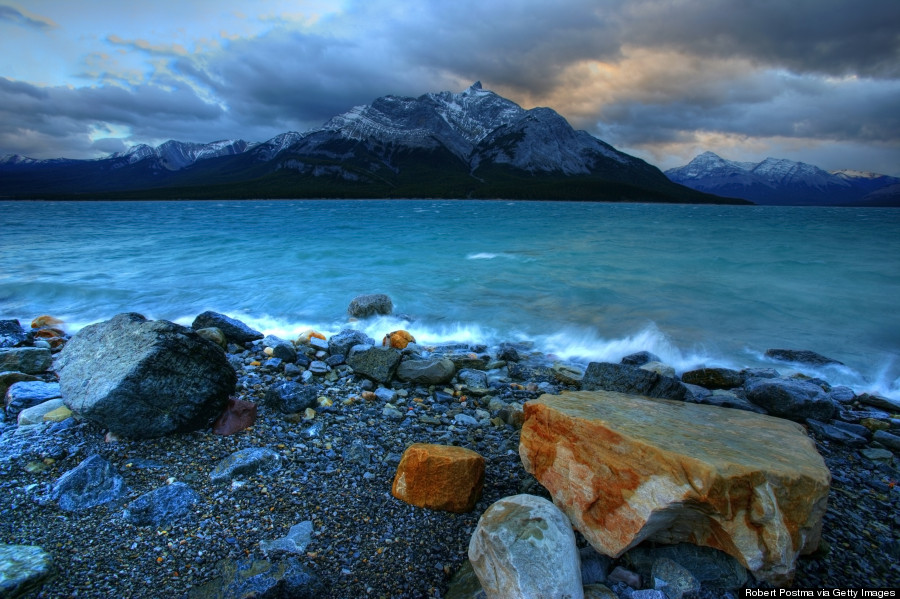 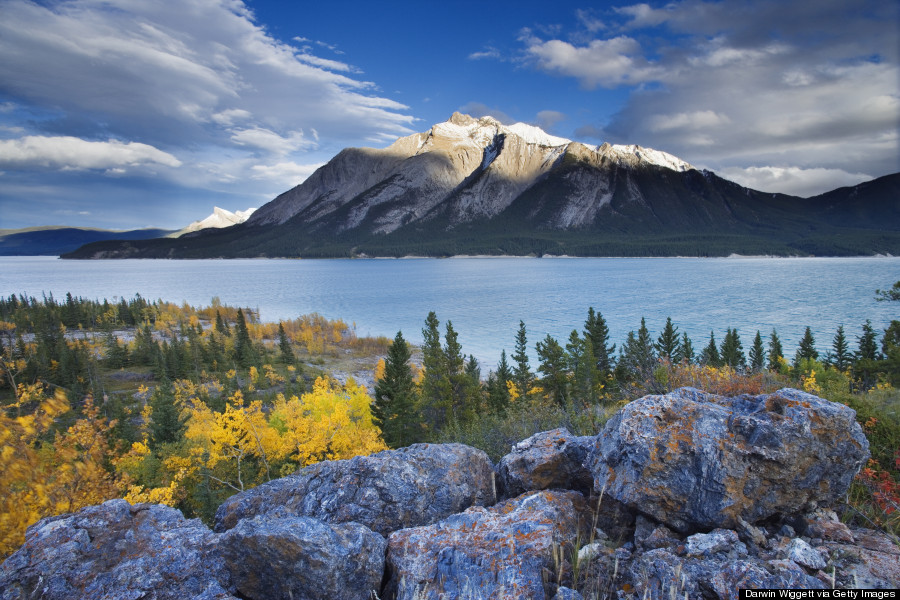 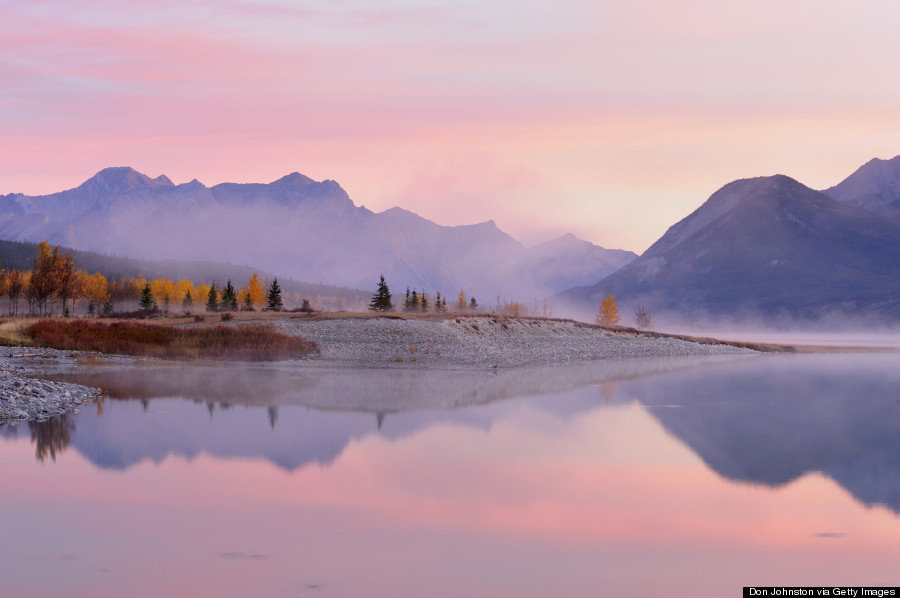