Toxic algae is sucking the oxygen out of Lake Erie.

The lake is currently undergoing one of the worst algae blooms in decades, turning the water a scummy bright green. According to NASA, blooms like this did occur in the 1950's and 60's, but now phosphorus from farms, sewage, and industry have fertilized the waters.

After the 60's, increased regulations and improvements in agriculture and sewage treatment limited the phosphorus and helped to control the blooms. However, the shallower Western basin near Detroit has been more susceptible to the algae than other deeper areas.

The exact reason behind the bloom is a bit unclear, but scientists believe it could be linked to increased rainfall and, believe it or not, mussels. It seems the types of mussel, zebra and quagga that have invaded the lake feed on phytoplankton instead of algae, making it even easier for the blooms to occur, according to NASA.

While the algae doesn't directly kill fish, it's still not good. As the algae dies, it's broken down by bacteria which uses oxygen from the water. This oxygen removal creates areas where fish can't survive. In addition, if consumed, it can also create flu-like symptoms in people or even kill pets.

Former Vice President Al Gore spoke Thursday in Detroit on the matter, associating climate change with the algae problem. "We're still acting as if it's perfectly OK to use this thin-shelled atmosphere as an open sewer. It's not OK," he said. "We need to listen to the scientists. We need to use the tried and true method of using the best evidence, debating and discussing it, but not pretending that facts are not facts."

While in the past, some have criticized Gore, claiming that he's made exaggerated statements about the environment, yesterday's speech drew upon some pretty hard scientific evidence, leading many leaders at the International Joint Commission to listen a bit more intently.

This past summer, an algae bloom spread across a beach in China, dying everything in its path "a shocking bright green."

Click on the photo below to access a high-resolution version of the Lake Erie area, and see the regions worst affected by the algae: 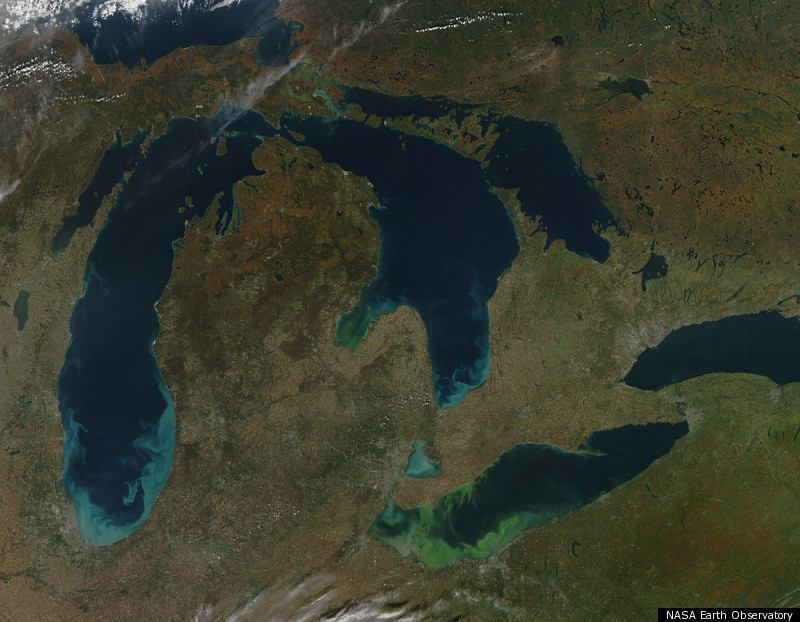 The worst of the algae, around Detroit: 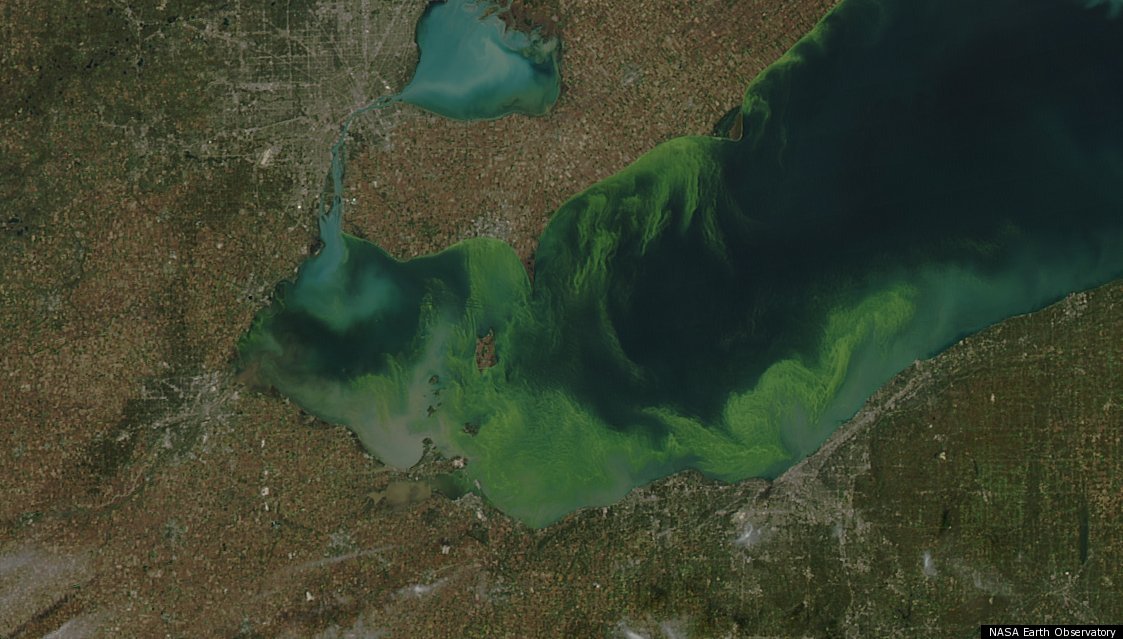