If you trek to the Lake Michigan in the next couple weeks and hike along the frozen shore, you might find yourself standing on top of miles of spectacular ice caves. 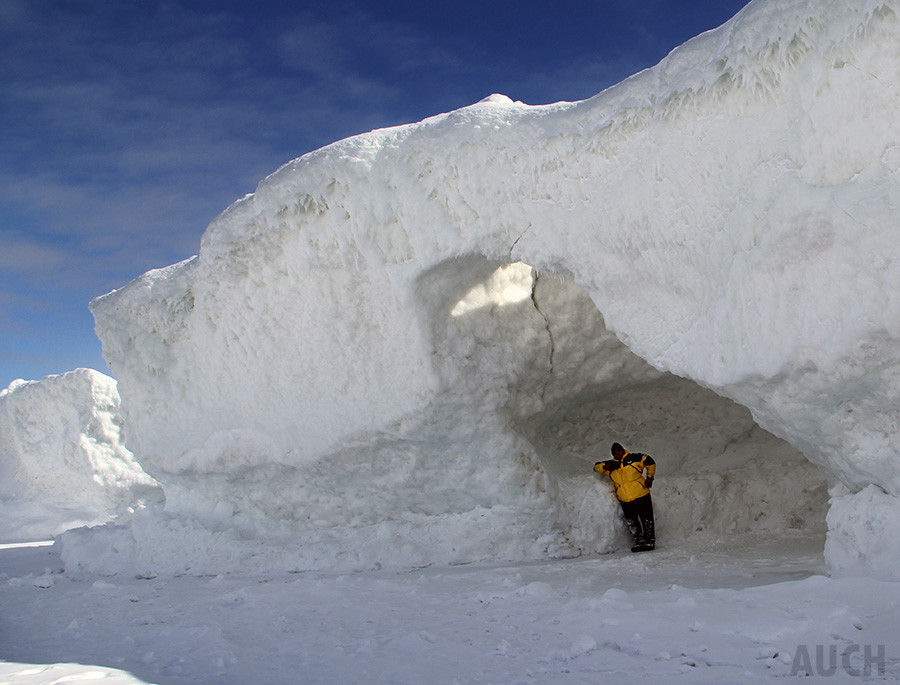 Tom Auch, a photography teacher at Northern Michigan College in Traverse City, Mich., did just that this week. On Tuesday, he and a videographer friend, George Meredith, followed a dirt road near Leland to the lake, then hiked along the shore as it gradually rose. At some point, they were able to climb down the icy ledge, and found themselves looking at 20- to 30-foot-tall caves, some as big as garages.

Auch got the tip about the ice caves from a resident who told him he had to go see the phenomena for himself, so they set out early in the morning with the temperature below zero degrees.

"We walked out onto Lake Michigan another half of a mile to get perspective. Each one seemed to have a little hole in the top exposing blue sky through ice," he told The Huffington Post. "They had stalactites and stalagmites. … We found over a dozen spectacular caves and as we looked north and south along the shores of Lake Michigan, we could see that there were many more, for miles and miles that we didn’t experience." 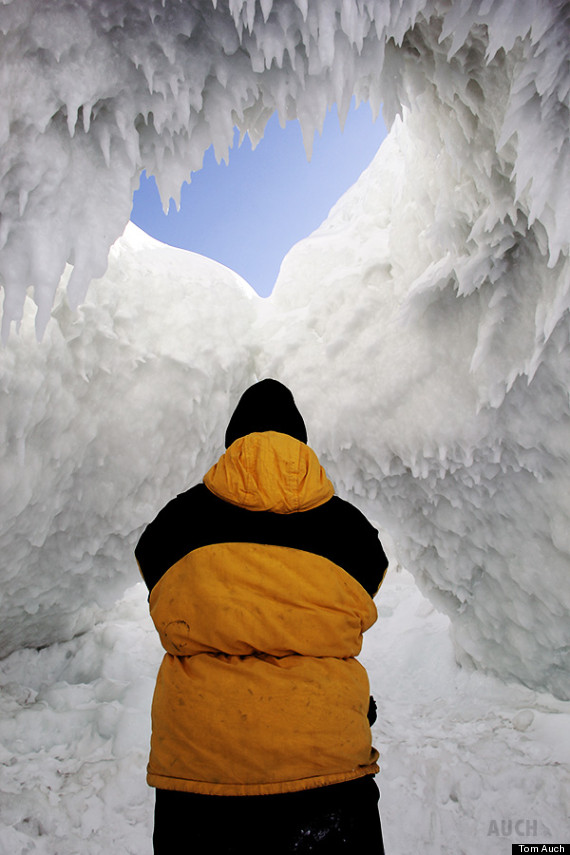 The Great Lakes have more ice cover than anytime in the last 20 years and are quickly coming up on the 1979 record of 95 percent cover. The deep freeze has given travelers an opportunity to see some remarkable spots: Lake Superior's frozen surface has meant visitors can reach the Apostle Island ice caves for the first time in several years. About 4,000 people have been trekking to the remote Wisconsin area to see those the jaw-dropping sight each weekend, according to the Associated Press.

The Lake Michigan caves aren't quite as remote or far north, though the Leelanau Peninsula -- what Michiganders call "the pinkie finger" of the state -- is quiet in the winter. Auch came to Traverse City from Los Angeles, where he had been a stockbroker, and had only meant to stay a summer with his parents. Instead, he found his own house, a teaching job he's held for the last 15 years, and a wife.

A self-described nature-lover, Auch talked of exploring his new home in all seasons, as well as the rest of the world. Of all the places he's seen in his travels, he said, the ice caves were one of the top three most incredible experiences. 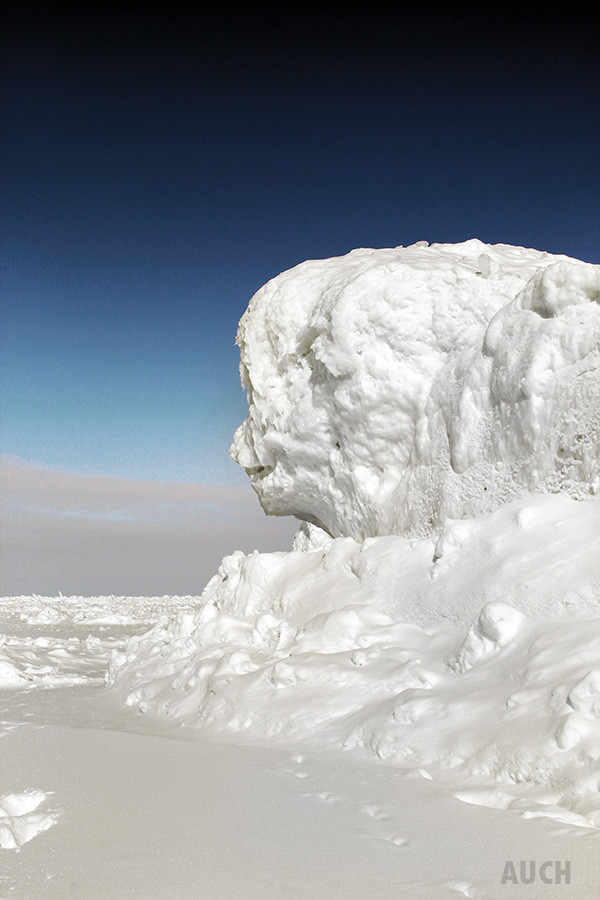 The trek is dangerous, he warned, though not impossible. On the hike, he said, the ice was more than a foot thick and had sharp shards sticking out. He fell several times and said ice cleats, which attach to the bottom of shoes and keep you from slipping, are essential. But he thinks it was well worth to see the caves.

"It's really something I've never seen before. … Truly, once in a lifetime." 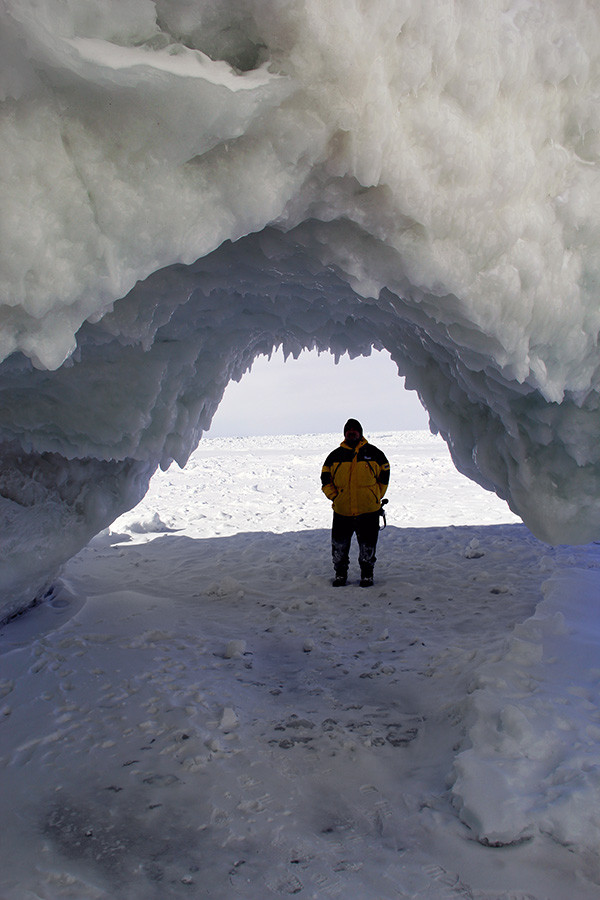