I recently had the opportunity to interview former Hawaii resident Lake Smits who has really taken his dancing talents far from his days at the Hawaii 24/7 Dance Troupe. 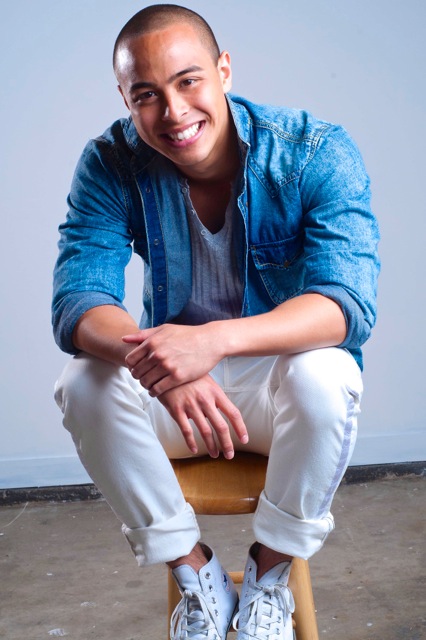 The following is a question and answer session I had with him about the show and dancing with Jennifer Lopez:

Aloha Lake how you doing today?

Can you tell me about the new show that you're doing?

I'm doing a new show it's called "A Step Away" it's w/ the J-Lo Dancers and its pretty much a "follow-documentary" about our lives being on tour and what we did on our off days behind the stage.

When will the show actually start airing?

The show begins on October 3rd on NUVOTV at 10 pm every Thursday, it's not available in Hawaii but you can watch it online at NUVOTV.com.

What was it like working and dancing with J-Lo?

It was amazing she's a very nice lady, she was a dancer at one point, she's really cool and she really had a great relationship with the dancers and it was almost like family and she really takes care of us it's just really awesome and a great experience.

Tell me a little bit about your background and where you came from?

I started dancing when I was 12 years old, I grew up in Kaneohe of a family of five and we were all into theater growing up.

I'm Filipino, White and Korean... I'm a mutt just like everybody else.

I see that you also danced for Janet Jackson. What was that like?

It was great, Michael Jackson was my idol growing up and the fact that I got to dance with his sister was a great experience and she was a nice lady.

Is dancing your full-time job now?

Dancing is now my full-time job and I reside in Los Angeles.

Do you know how or why you were selected for this new show?

This new show was something that Jennifer is the producer and she just wanted to capture the lives of the dancers and it's never been done before and it's a follow-doc and they just want people to see what it's like to be a professional dancer on a world tour... This is Jennifer's second tour but first world wide tour. The season is six episodes long so starting October 3 they will premiere the first episode.

Is there anyone that you would like to thank in particular in for your success?

There are two people that I definitely want to shout out to and that's Ronald Bright he brought me into theater and the director of Hawaii 24/7 Dance Troupe Marcelo Pacleb who trained me in my dancing and helped me to become the dancer that I am. Without those two... I wouldn't be the man that I am today.

Do you have any words of advice for kids who may want to become a professional dancer?

If you want to be a professional dancer work hard and start young because it's a short-lived career, so if you are truly passionate about work hard now so that when it comes time to audition and move up... you will be ready.

Is there a way to follow you on social media?