In Marquette, a remote Michigan beach town further north than some parts of Canada, the only thing more enchanting and boundless than the views of Lake Superior is the sky above it.

Most of the year, the northern coast of the Upper Peninsula is too cold for the average person to sit for hours marveling at the scenery, though weather won’t deter locals and hardy adventurers like Marquette's own nature photographer Shawn Malone.

And when her city does get its few months of warmth, coinciding with increased hours of daylight, Malone rarely strays from behind the camera, even to sleep. She's determined to capture all of the beauty the North Country has to offer.

That’s how she ended up documenting the spectacular variations in the sky over Lake Superior in one 24-hour period last month, catching bright stars, moody clouds and the vibrant colors of both the Northern Lights and a double rainbow.

Malone, who owns the gallery Lake Superior Photo in downtown Marquette, usually travels all over the region. But on June 22, she shot from a public beach near her house. The resulting six images below show the constant changes you learn to love in the Great Lakes region and serve as a reminder of just how captivating they can be -- doubly true when you see them in person. 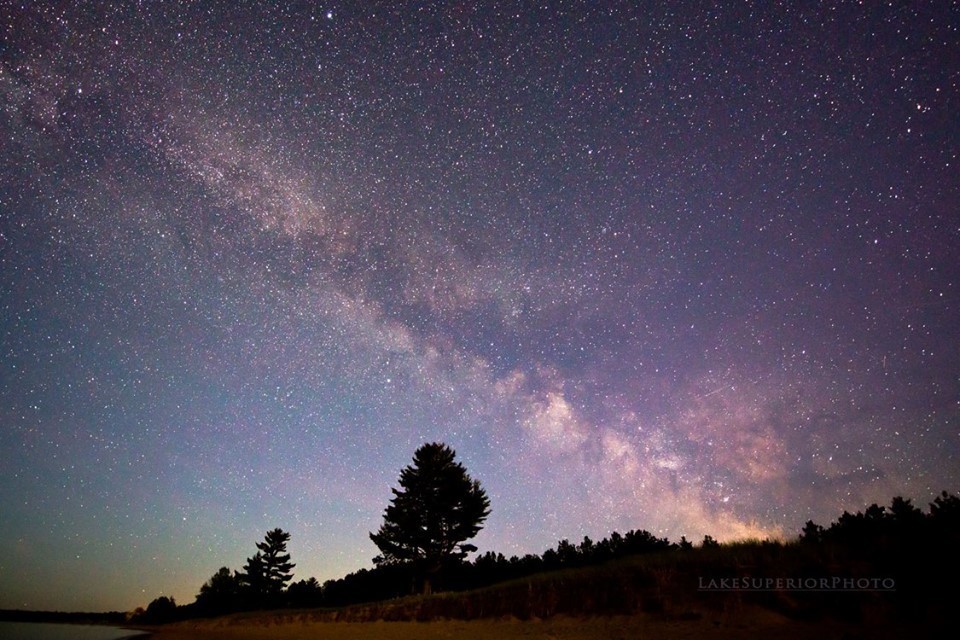 The first sky scene Malone photographed was of the Milky Way, a few minutes after midnight.

A university town, Marquette is the largest city in the UP, but it is still relatively small and mostly surrounded by wilderness. The lack of light pollution and open view of the sky over the endless lake make for excellent stargazing, with plentiful beaches to choose from for nighttime viewing or daytime lounging. 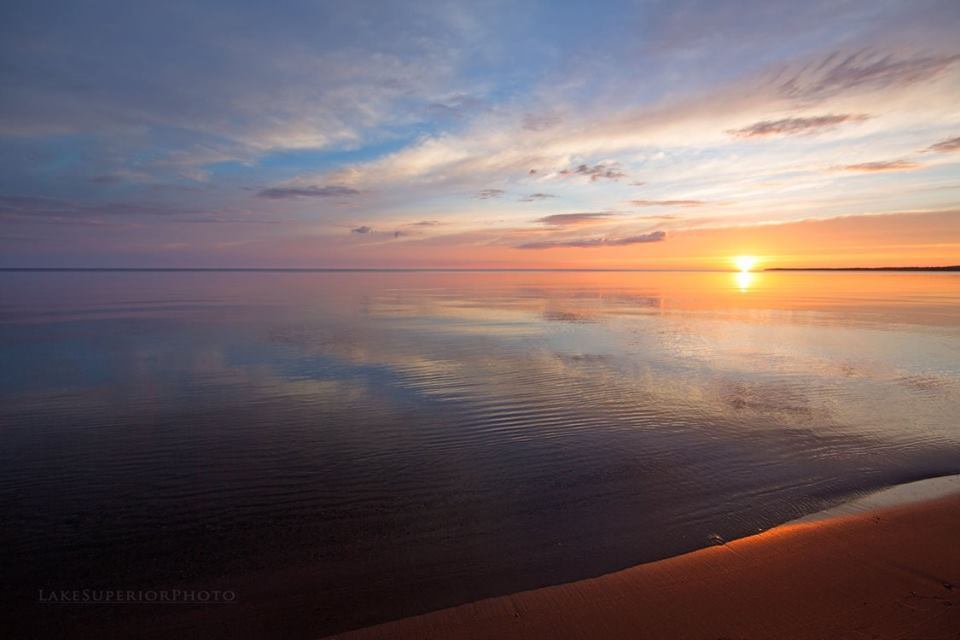 Soon, it was officially morning, and Malone captured the sunrise. "We are down to four hours of dark sky time for night photography," she wrote in an email. "Twilight lasts after midnight around the solstice, and first light [appears] as a glow before 4 a.m." 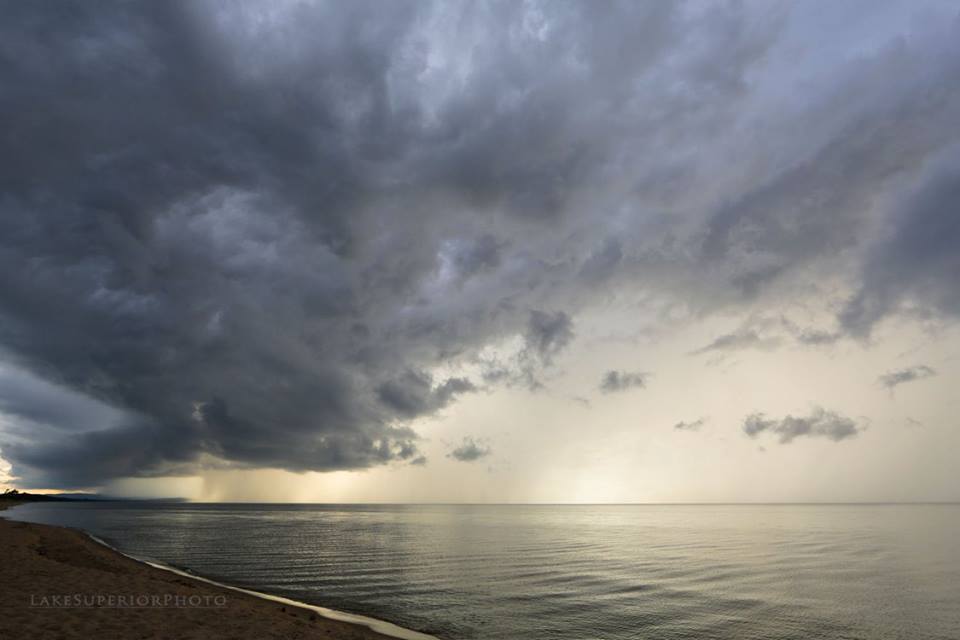 In the evening, storm clouds hung heavily over Lake Superior. But the soft, diffused light and calm waters make for a serene view. 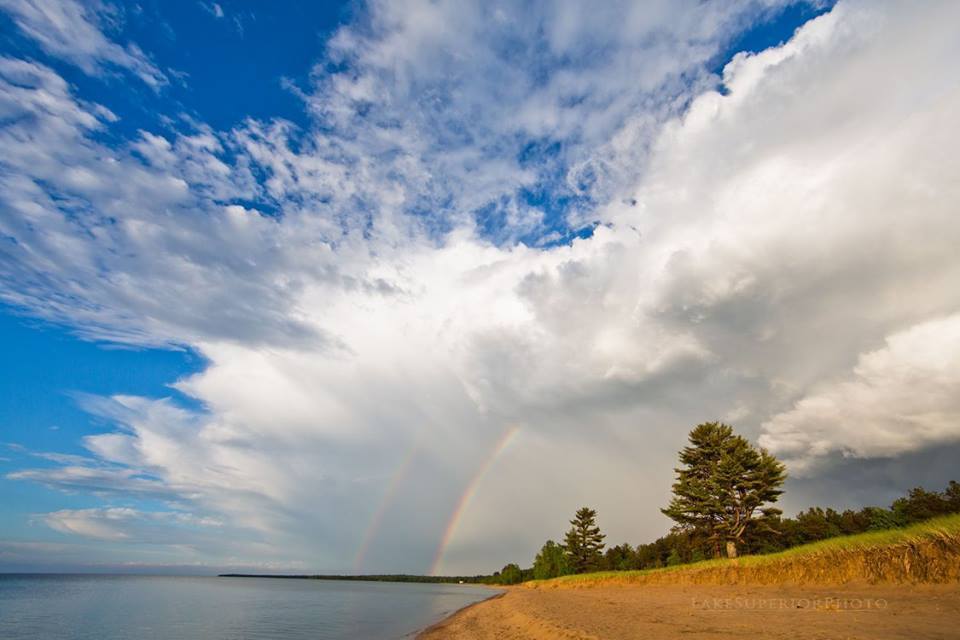 When the clouds broke that evening, they left two rainbows. Storms aren't uncommon on Lake Superior, but the rapidly changing conditions means you aren't likely to be stuck with bad weather for long. 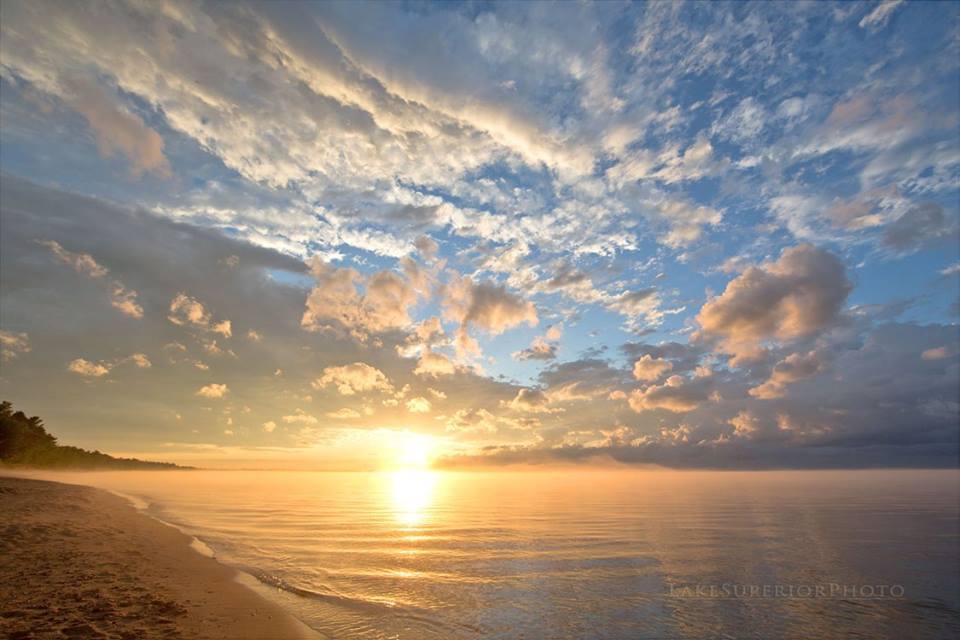 A little later, the cloud had receded further, creating a perfect backdrop for the sunset.

There aren’t many places where you can watch the sun rise and set from the "same" direction -- the Upper Peninsula is truly a magical place. During summers in the UP, Marquette gets views of sunrises from the northeast and sunsets from the northwest, both visible over Lake Superior. "It is so welcome and appreciated after six-month winters," Malone said. 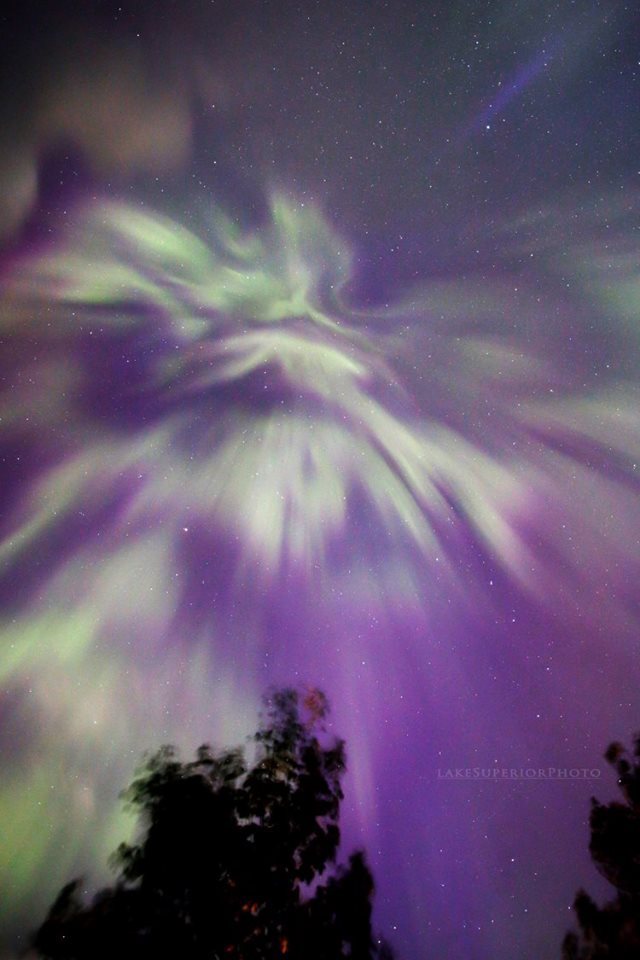 Less than 24 hours after Malone began taking photos of the Milky Way, she was back at home, seemingly done with photography for the day. But when she took her dog out, she found the mesmerizing green and purple aurora borealis and grabbed her camera. There aren't too many places in the United States to get such clear views of the Northern Lights -- outside of Alaska, anyway.

You can't entirely prepare for flashes of unexpected beauty on the shores of Lake Superior, but there are ways to improve your chances of seeing the Northern Lights. And if you're unsuccessful, you're still bound to see some dramatic scenery.

“Lake Superior has a reputation of many moods,” Malone said. "The unobstructed, wide-open horizon ... is exhilarating and contemplative at the same time.”