One of my favorite art events in South Florida is the annual Lake Worth Street Painting Festival. The festival happens along Lake and Lucerne avenues in Lake Worth's downtown area; this year it was February 22-23.

Lake Worth is located just south of West Palm Beach and about 60 miles north of Miami. The coastal city, which is seven square miles, has a downtown with an artistic atmosphere.

For the festival's 20th year, participating were 400 artists, local and from different parts of the country, including 20 featured artists. All artists followed a movie theme, and created on the asphalt, using chalk only, their favorite scenes or characters from a film. It's been reported that almost 100,000 people were in attendance during the two-day period. The street festival is said to be the country's largest. It's definitely a great way to appreciate the process of creating artwork, while connecting artists and spectators.

Below are some of my photos: 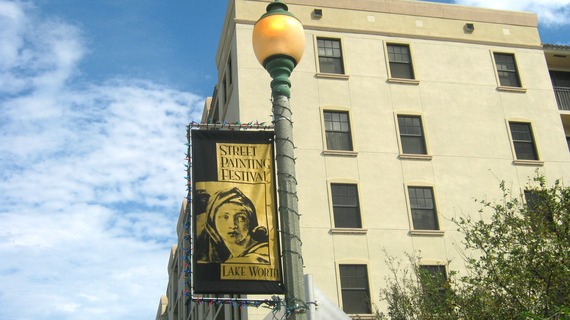 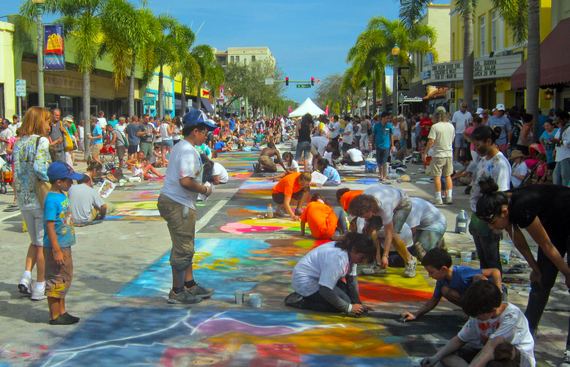 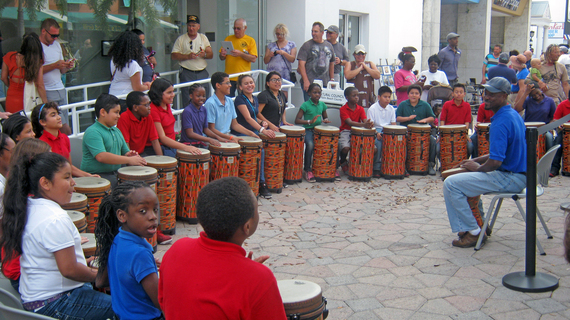 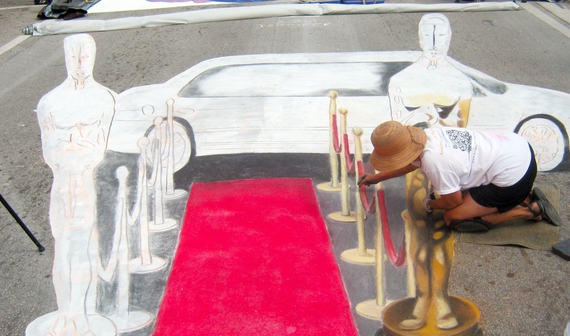 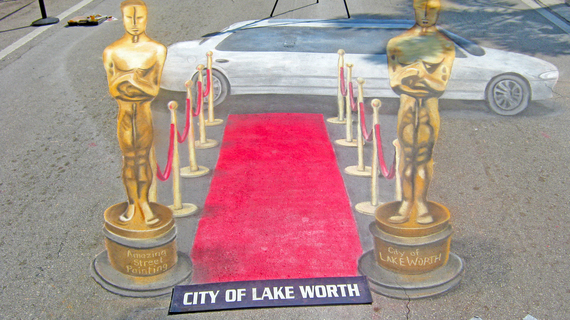 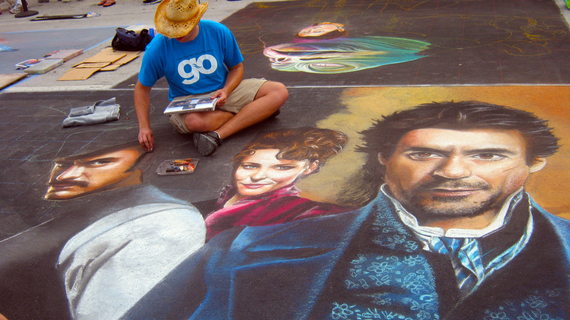 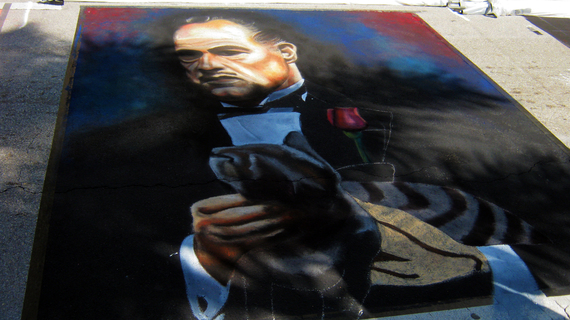 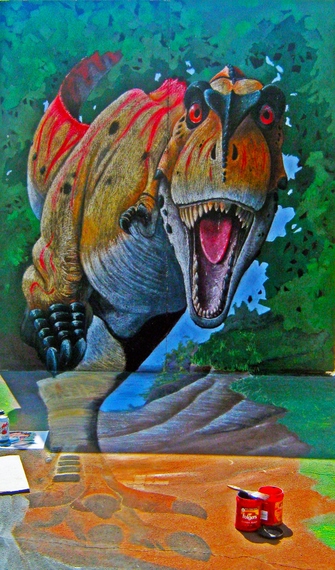 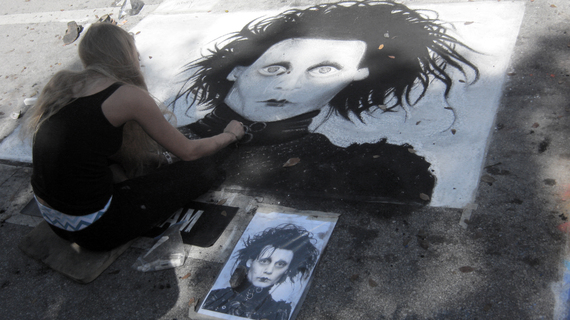 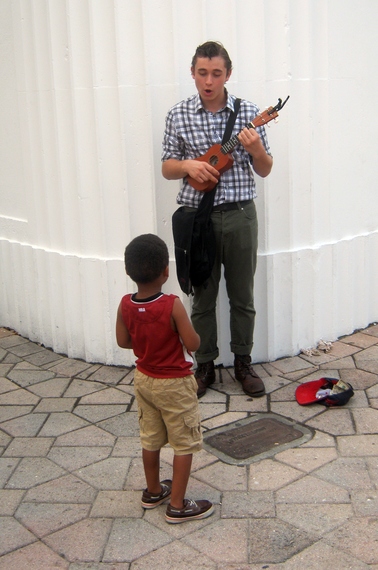 A child takes an interest in ukulele playing. 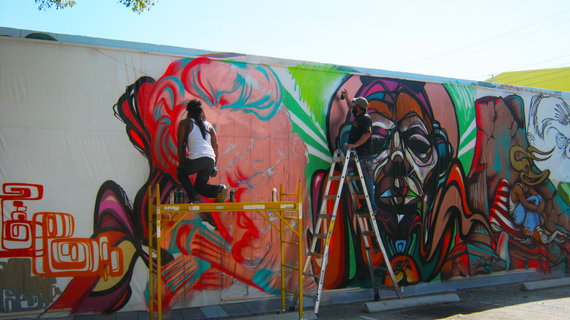