"I like to write about people who bloom where they're planted," says Lalita Tademy, a late-blooming author who didn't publish her first book until her mid-50s, and only after it was seen and rejected by 13 agencies.

Tademy was used to rising from hostile soil. As a young girl, her family bought a plot of land in an all-white town in northern California. "Our potential neighbors were not pleased with the prospect of African-Americans living so close, and pooled their funds to buy the land back, adding in a profit for us, if we agreed not to move in," she recalled. "My stubborn father built our house and we moved in anyway."

After a successful but unfulfilling career as a tech executive, Tademy's passion for genealogy led to the idea of writing fiction about the ancestors she'd been researching. Finally, after many rejections, "Cane River" was published. Two months later, Oprah chose it for her book club. That debut novel, and her second -- both deeply-researched historical sagas -- became New York Times bestsellers.

Tademy's latest, "Citizens Creek," is a similarly epic tale that focuses on a real-life slave with a gift for learning languages who was sold to a Creek Indian chief as a 10-year-old and who became the first black Creek chief after the Civil War.

At her home in the Bay Area, she spoke with The Huffington Post about her early days, her routines as a writer, the downsides of being an Oprah book club pick, and lessons she's learned along her unconventional career as an author.

Is there a book that’s had an especially powerful influence on you? 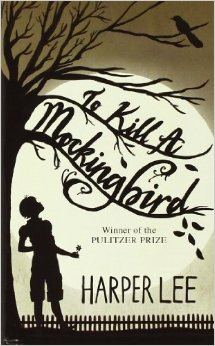 This is hardly original, but it's true: the book that had the earliest heaviest impact on me was "To Kill a Mockingbird."

Our family integrated a town in California called Castro Valley. I grew up in a place that did not want us there at all. People would spit at me every day when I went into school. There were death threats, they threatened to burn the house down. It was very, very tough.

I read "To Kill a Mockingbird" during this time, and the sheer humanity and pursuit of justice that Atticus Finch displayed in that book made me feel as if I was not alone.

It was this external character, this man that someone had created with such a sense of right and wrong, teaching his children to go against the tide, and him speaking up on other people's behalf, that calmed me down.

To go back and read it now, it's a little more sentimental than you would think, but it impacted me tremendously growing up.

Have you had any recent realizations about living a more fulfilling, satisfying life as an author?

The latest has revolved the promotion of my third historical novel -- trying to balance the promotional aspects of that, which can be very interesting and of varying degrees of emotional satisfaction, and the satisfaction of being in a room by myself creating.

That's a real dichotomy, something that I think a lot of creative people have to struggle with -- the solo pursuit of creativity versus ‘coming out to play,’ coming out to promote, and which is the most satisfying of the two.

My latest big epiphany is that I won't be chasing numbers as much as I am chasing my own personal satisfaction and a balance between promotion and creativity.

Oprah selected your first novel Cane River for her Book Club. The benefits of that are pretty clear, but there must have been some downsides to being fired out of a cannon, so to speak, with your first novel.

That’s very insightful. The success that came with my debut novel could not be repeated. It will never be repeated. And so with my second novel, what I found is that no matter what I was going to do, it would not be considered a success on the same scale.

I could live with that myself. The publishing industry was not nearly as kind. They wanted the same kinds of numbers. I had to come to the realization that what they considered "okay" was really a very, very successful launch of the second book.

With this third book, I'm no longer chasing after the Oprah kind of success. It just isn't going to happen again. What I'm really looking for is people who want to read this book, who want to learn more about this country's early history, about Native Americans and blacks.

What’s your daily routine? How do you stay productive?

I have to have a great deal of discipline in order to write because it's not my go-to thing. Many writers that I know love writing so much they can't wait to dig in. For me, it's a little bit of, “Okay, I know this is what my next three to four hours are to be. Do it. You have to do it."

I have to start early in the morning or the day gets away from me. The only thing that can come between me and starting to write is exercise. Then I just write for hours. Even if I don't have anything to say that I can figure out, I will stay stationary, hopefully writing.

What do you write if you don't have anything to say?

I just start moving the fingers. And, very often, if it's virgin page -- which is terrifying to me to this day, even after three books -- if it's virgin page, I am in fear. I have to just start something. If I know a character, I will start with that character and say, "Today I got up, and I had to milk the cow," or "I had to do this.” I’ll do a diary entry just to get in it. It's not a scene, it is just to get started.

And sure enough, when you have enough of that and you're making yourself sick with how banal it all is, something starts to happen, and there is a flow. It doesn't necessarily mean you get to keep it all and it's good, but ideas start to percolate.

Do you still only write by hand?

No, no. I wrote the first book by hand; I had worked for so long in business that as soon as the blinking cursor was on the computer, every ounce of creativity just went out of my head and I would want to do spreadsheets. I had to write by hand in order for me to be able to tell a story. Now I can't even imagine trying to do it by hand.

Can you give a sketch of your new novel for those who aren’t familiar?

"Citizens Creek" is my heart at the moment. It was inspired by a man who really lived in the early 1800s. The book is in two parts — it’s about this man, and the second part is about his granddaughter, also living in the 1800s and very early 1900s.

This man was born a slave and sold to a Creek Indian chief when he was 10 years old. As the slave of a chief, he was a Creek tribe member and was removed along with the rest of the tribe when the U.S. government wanted their land.

As you can imagine, Native Americans being moved off of their land in the 1830s was a very traumatic event, and then just imagine if you were the slave of one of those and you were also being moved off the land into what eventually became Oklahoma.

And this man had a gift for languages and really established his position within the tribe, rose to become the first black Creek Indian chief after the Civil War.

All of this was amazing to me. I didn't even know such a thing was possible. He intrigued me so much, as did his granddaughter, who also had a very Creek way about her -- both Creek and African -- in Oklahoma. These two figures were on the one hand ordinary people, but on the other hand incredibly extraordinary people, but people whose voices were marginalized.

That's really what I like to do when I write, to bring voices forward that haven't necessarily been heard before and to look at history in a different way. I write multi-generational sagas, but I'm very much the anti-“Gone with the Wind.” I'm the opposite side. I want to show a different view of those very same events, but taken from the people who were living at the time.

You've said that writing your second novel was harder than writing your first. You had to go through the trial and error attempts all over again. Did you run into those same problems with your third book?

Yes, but they didn't surprise me this time. When I sat down to write my second novel, I fully expected that I could learn from all of the painful lessons of trying to write the first novel for three very long years.

It did not happen. It was like starting from scratch. And with this book, it happened again.

When you are chasing a story, and when you're trying to deliver a story, it really is not formulaic. As a matter of fact, I've come to the realization that if it feels too easy, it probably is because it has gone into a formulaic mode and you're no longer as scared as you should be. You no longer are overreaching as much as you need to overreach, and it has gotten too easy, and the end result may suffer.

You’ve written three historical novels set primarily in the 1800s. What are some aspects of the culture of that period that are particularly relevant to life today?

I like to write about people who bloom where they're planted. They are people who, regardless of what they're born into, figure out a way to bring themselves to life, their families to life, their communities to life. It's that spirit and resilience that I admire so very deeply.

I have to tell you that I have started some novels and given up on them because the characters weren't strong enough. They really were being crushed by their times. And that is not what fascinates me. It's the people that have that spark and can influence.

It's a man who was a slave but yet became the intermediary between the U.S. Government, that didn't speak the Indian dialects, and his Creek tribe, who didn't speak English. He had a great deal of power because he was the translator, and he was the one helping to negotiate their contracts.

That's the kind of thing that I'm drawn to. I think that we can learn something from that today. Things are not going to necessarily be fair or to go your way, but you still have to figure out a way to navigate through it, and it can't just be by complaining.

Transcription services by Tigerfish; now offering transcripts in two-hours guaranteed. Interview has been edited and condensed.